From Taito and Square Enix the developer and (North America) publisher who brought you the well received Bubble Bobble Plus! and Bust-A-Move Plus! comes their third returning classic: Arkanoid Plus! Will it will up to the standard set by it's breathen? Read the review to find out.

Arkanoid Plus! is a traditional block-breaking experience. One launches a ball from the controllable paddle upwards, targeting breakable blocks. Once it contacts with the bottom of a block or ceiling the ball will ricochet back downward. You must stop the ball from entering the abyss by bouncing the ball back up with the paddle. Randomly, capsules will slowly drop down once a block breaks. The capsules are label with a capital letter. Most of them provide some useful ability once absorb with the touch of the paddle.  A disembodied robotic voice will then give the corresponding name for the absorbed capsule. The goal is to clear a stage by destroying all the breakable blocks.  You then move on to the next stage with different block layout placement.

There are total of three Modes in Arkanoid Plus!

Arcade Mode is a lengthy score attack mode with 61 stages.  One you complete a level a portal on either side opens up.  You can choose to go left or right and each will take you to a different level.  This effective cuts the levels to complete in half. Once each level is done you can again choose which path to follow. Before starting the game you can choose between different rule sets such as: single or 2-player mode, number of lives, strength of the barrier between the paddle and the abyss (resets to maximum very time you clear a stage), speed of the energy ball (based on difficulty level), and whether or not to have enemies on the playfield. In the 2-player option there are two paddles on the playfield, one a row below the other, and the players’ paddles alternate positions every time a stage clears. The enemies are harmless, mostly they are wandering bombers which burst out extra points. There is one that is actually very helpful; when hit a 'Triforce' of clown noses takes out some blocks for you. One life is lost each time the ball drops into the abyss. Losing all lives (or entering the abyss after losing the multi-strength barrier) will penalize your score back to zero.

Time Mode consists of clearing a specific number of stages, that the game chooses randomly from the Arcade Mode, in record time without losing the energy ball. The rule sets here decrease to: number of players, difficulty, and enemies.

VS Mode has you competing against the computer or a second player, to see who will clear out their simplified stages first. In this mode any negative effect from an absorbed capsule effects your opponent instead of you. 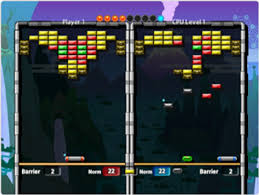 There are two control schemes to choose from: the Wiimote in horizontal formation or the Classic Controller. I found using the Wiimote to be disappointing since motion controls to tilt the paddle back and forth would have made sense, but instead you must control the paddle with the d-pad. That would be fine except it controls jarringly, with even a simple tap sending the paddle too far, leaving a big gap for the ball to fall through. The Classic Controller is the preferable choice; with the left analog stick, the paddle movement is much smoother.

The presentation is attractive, offering different themes for each mode. The Blocks are fill with delightful color palettes and the playfield morphes into the next stage bringing a wonderous surprise. The techno soundtrack and old school sound effects give a modern and classic take on the genre respectively.

There are some stages, unfortunately, that shows there was not enough play-testing done.  It is not uncommon for the ball to be trapped in the playfield, constantly bouncing between several unbreakable blocks in an infinite cycle. You might get lucky with patience and by pressing pause every few seconds to help free it, but it still breaks the flow of the game. Lucky, the branching path from the Arcade Mode means you can avoid such aggravating levels on subsequent playthroughs. Choosing the stages with the highest amount of breakable blocks strategically make sense since the main reason to replay is to gain higer point scores.

Arkanoid Plus! is a great block-breaking title that is best experienced with a friend.

Re: Review: Arkanoid Plus! (WiiWare)
on May 2nd 2012, 1:48 pmDigiDestined
I like the introduction of 2 player mode which I don't think has been available in any Arkanoid game outside of the arcades

Re: Review: Arkanoid Plus! (WiiWare)
on May 2nd 2012, 2:33 pmNINTENBRO
This is a very decent review SkywardL, but you did forget to mention the bosses at the end of both paths in zones one and two.

Re: Review: Arkanoid Plus! (WiiWare)
on May 2nd 2012, 5:34 pmAmufungal
I agree it's nice, but the bosses are the best part of the game and they were not mentioned 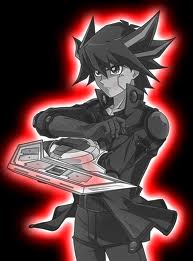 Re: Review: Arkanoid Plus! (WiiWare)
on May 3rd 2012, 2:08 pmFuManchu
Message reputation : 100% (1 vote)
I used to play the Turbographx port of the arcade game and this is clearly a much better game.

Re: Review: Arkanoid Plus! (WiiWare)
on May 3rd 2012, 2:11 pmNINTENBRO
I downloaded this, because I used to spend hours playing block breaker games back in the day. I guess I just don't enjoy them like I used to anymore.

It's still a good game, faithful to the original in most ways with some enhancements, but...

1. Well the best thing about this game is 2P co-op, but why doesn't it have 4P? You know, the Wii can support up to 4 wiimotes.

2. No original Arkanoid paddle controls. They should at least have made motion and pointer controls as well to emulate the paddle a bit better than digipads can do.

3. Highscore list only offline isn't a bad thing for me. What is bad is that you can't write down your name or initials. Who made this #1 score? Don't know anymore, who cares?
Yeah, it's a disappointment, since Bubble Bobble Plus! (also from the TAITO COLLECTION WiiWare series) has ONLINE leaderboards with NAMES!

Apart from these you could be nitpicky and say "Hey, Kirby's Block Ball is an Arkanoid clone as well, but enhanced in every possible way and so much better, and you can get it on the 3DS much cheaper!" and you'll be absolutely right.

I remember another thing right now. ARKANOID Plus! has options for the arcade mode: Difficulty settings, lives settings, enemy on/off settings, etc. and they all use the same leaderboard. Well, it's chaos, but since you can't enter names the leaderboards are useless anyway.

Re: Review: Arkanoid Plus! (WiiWare)
on May 4th 2012, 1:19 pmAqua Cherry Blossom
The weakest of Taito's Plus series, but good review.

Eureka wrote:The weakest of Taito's Plus series, but good review.

Re: Review: Arkanoid Plus! (WiiWare)
on August 30th 2012, 1:39 pmTowafan7
Your reviews are always impressive SkywardL.

Re: Review: Arkanoid Plus! (WiiWare)
on August 31st 2012, 3:09 pmNINTENBRO
Arkanoid Plus is the best block breaker I've ever experienced, but I still can't figure out how to inflict damage on the bosses. The ball just keeps bouncing around, until I inevitably run out of lives.

Re: Review: Arkanoid Plus! (WiiWare)
on December 29th 2012, 5:53 pmNINTENBRO
Those are two very different games Kushina. It probably depends upon which genre you'd prefer to add into your collection.

Re: Review: Arkanoid Plus! (WiiWare)
on December 29th 2012, 6:17 pmNINTENBRO
Rukiafan, the DLC only requires like 1 or 2 blocks of memory. That's why I figured the content was already included in the main game, and the DLC just makes it accessible.

Edit: I still haven't figured out how to damage the bosses.