Feature: WiiWareWave Top 5: Most Memorable Antagonists of The Xeno Series!

Villains In A Strange, Foreign Land!

Whether you love them, or hate them, or love to hate them, these are our top 5 picks for the most memorable antagonists from the entire Xeno franchise! Do be warned, however that several major spoilers are revealed in this article so use caution when reading our list if you haven't played all of the Xeno games yet. 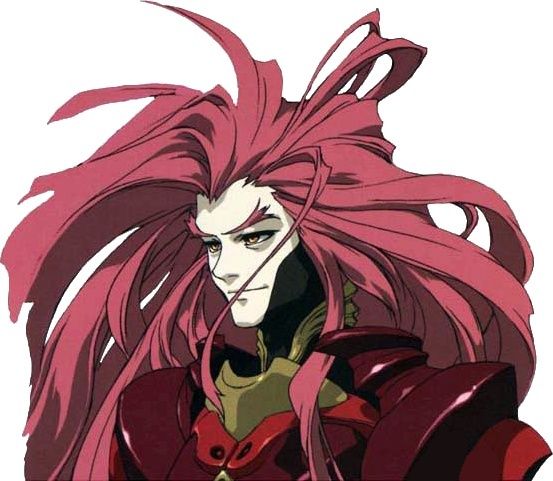 Id is an alternate personality of the main protagonist of Xenogears, Fei Fong Wong and is incredibly evil and violent, unlike his kind counterpart Fei. When Id takes over Fei his eyes, hair, and skin color completely change. This transformation occurs several times throughout the story and sometimes creates chain reactions so terrible that many innocents perish at his hands, because of his unpredictable appearances and horrificly atrocious bouts of violence we feel that Id deserves a spot on our list! 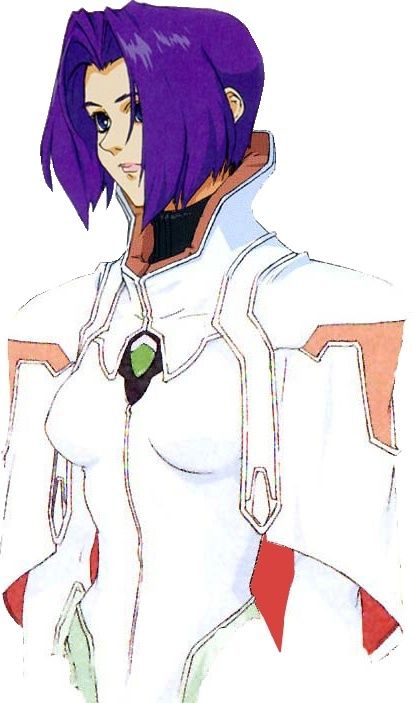 Basically an entity who has lived for many millenia by snatching other people's bodies and using them as her host vessel, she is a very evil and sadistic character in Xenogears who was responsible for the collapse of many civilizations throughout her existence. She is a very manipulative being who pulls many strings to get what she wants. She even took over Fei Fong Wong's mother, Karen Wong, however Karen Managed to overpower her in order to save her son, however in doing so she paid the ultimate price.

Myyah Hawwa's manipulative personality and the fact that she's literally responsible for the deaths of billions of people is why she was chosen as the fourth most memorable character in our list of the most memorable antagonists in the Xeno series! 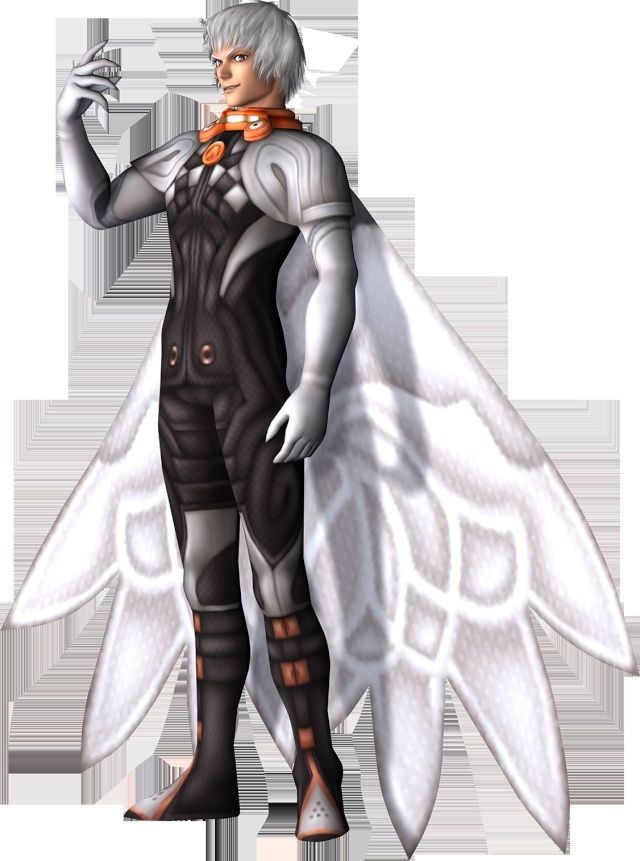 An artificially created life form and major antagonist in Xenosaga Albedo is the twin brother of Jr. and is an immortal. He enjoys the pain, suffering, and deaths of humans and blames them for his misery of being unable to die. He has destroyed human colonies and towns and is responsible for the deaths of hundreds of thousands of people. He even despises his own kind for siding with the humans and envies their lack of immortality.

Albedo's frightening nature and the fact that he cannot die is why he was chosen as the third most memorable character in our list! 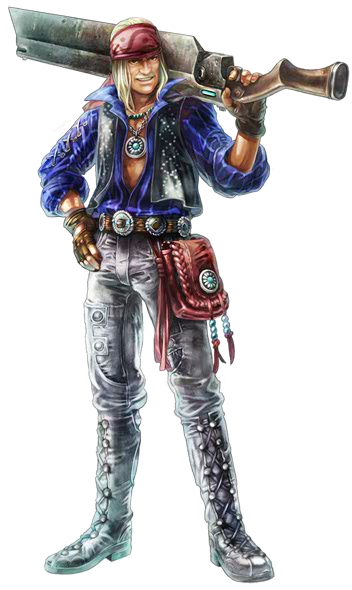 Dickson is seen as a protagonist during the first two thirds of Xenoblade Chronicles' story, however after Shulk manages to strike a truce between his people and the leader of Mechonis, Dickson betrays him a shoots him in the back, allowing the god of the Bionis, Zanza who possessed Shulk during the group's first visit to Prison Island, unbeknownst to Shulk or anyone else besides Dickson, to emerge.

He later reveals himself as one of Zanza's deciples, and eventually faces off against Shulk, Fiora, and the rest of the group when they revisit Prison Island and when Shulk fatally wounds him he seems rather proud of the fact that Shulk overcame the challenge and surpassed him. His not-so-evil nature at the end of his life is one of the biggest reasons why we chose Dickson as number two in our list of most memorable antagonists in the Xeno series! 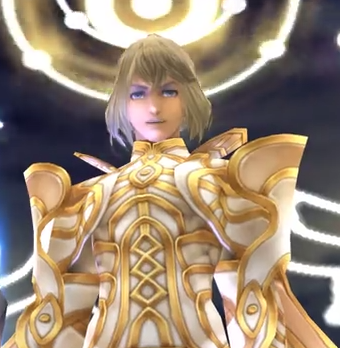 Originally a scientist on a space colony orbiting Earth, Zanza started an experiment that destroyed the entire universe! He and his scientific colleague Mayneth were the sole survivors and were reborn as gods in this newly created reality. Originally kind-hearted, he eventually became twisted and began to fear the Homs, and his other creations and so he decided to create a cycle of destruction for those who lived on Bionis "himself".

He later possesses Shulk and even kills Mayneth and the entirety of the Mechonis. He tries to entice Shulk to become his deciple, but Shulk refuses and eventually kills him. The fact that he destoyed the entire universe and kept killing the entirety of the Bionis population time and again is why Zanza was the clear choice to be number one on our most memorable antagonists in the Xeno series list!

There you have it! From Id, to Myyah Hawwa, and Dickson, to Zanza these are the antagonists that really stood out to us in the various Xeno series titles, as always be sure to let us know what you think of our choices in our comment section below!

Foreign Heroes In A Strange Land!

The Xeno series has been quite popular over the years with 6 unique entries in the JRPG series and the last two being Nintendo exclusive titles. To celebrate the success of Xenoblade Chronicles X's western release, we'll be publishing two Top 5 lists for the series. One for the most memorable protagonists and another for most memorable antagonists! We hope that you enjoy these exclusive features! 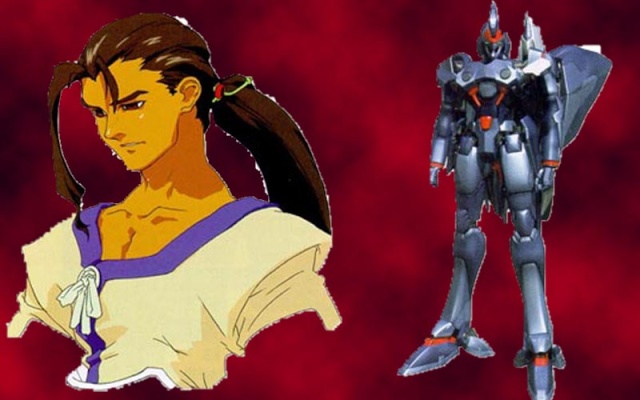 Fei Fong Wong is the main protagonist in Xenogears. Fei is a very strong-willed character who often suffers from amnesia in the game and has a tendency to completely lose control of himself when his emotions are heightened due to traumatic events or anger. He is a strong fighter who uses "chi" to deal great damage to his enemies.

He has a tragic past that he's unaware of at first and also has a very volatile personality accompanied by apparent split-personality syndrome. Despite all of his issues he still tries his best to help as many people as he can and has a great level of personal growth during the game's story which is why we think that Fei Fong Wong is a deserving character that belongs on our list of most memorable Xeno series protagonists! 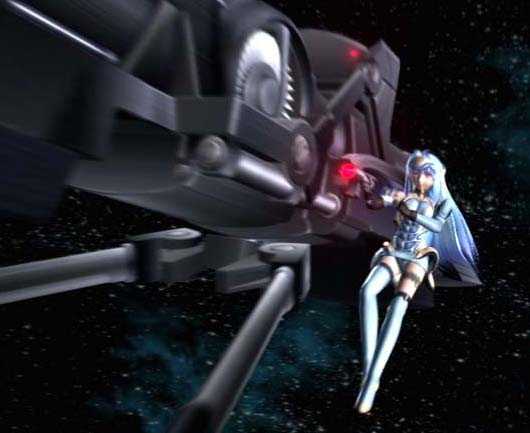 KOS-MOS from Xenosaga is an android developed by the interstellar corporation, Vector Industries. She is designed to act based upon the probability of success and the relevance of a situation to the survival of the human race, however, any threats that endanger Shion Uzuki, one of her creator's, cause KOS-MOS to temporarily ignore these protocols. She seems very sentient and intelligent, however lacks basic emotional traits.

KOS-MOS is mankind's last line of defense against the interstellar threat endangering their existence. She is extremely powerful and capable of transforming her hands and hair into spectacularly overpowered weapons. She also has a forcefield that protects her from most threats. Her kick-butt nature and incredible fight scenes make her a perfect candidate for our list, however her lack of emotions and growth during the Xenosaga titles prevent her from reaching the top three choices for most memorable protagonists in the Xeno series. 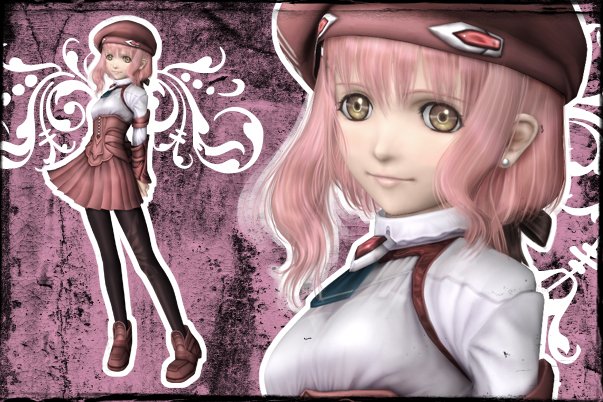 MOMO is an artificially created human in Xenosaga known as a Realian. She tends to be very shy and has a crazed fanbase that wishes to either cause her harm or kidnap her during the course of the series. She also shares the traits of a magical girl, wielding magic, and transforming. She appears to be around 12 years old and has a personality to match her looks. Her relationship with her mother and the story behind her creation as well as her personal growth during the series are some of the many reasons why we've chosen her for this top 5 feature! 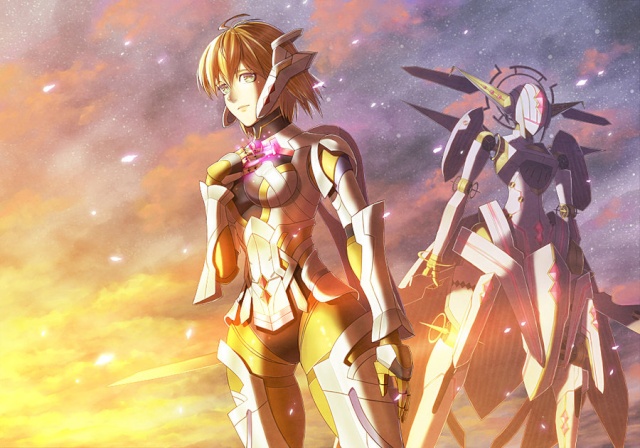 Fiora is number two on our list because of the unique and well-thought-out storyline regarding her in Xenoblade Chronicles. Those of you who haven't played the game yet and don't want the story of Xenoblade Chronicles to be spoiled, stop reading now!

Spoiler:
Fiora is an unusual case as she "dies" very early on in Xenoblade Chronicles, but plays a huge role in the game especially mid-late in the story! She eventually is resurrected as a half-human, half-mechon and rejoins the party. There's definitely feelings between her and Shulk which grow as the game progresses.

Her personality at times can be a little strange, but she's a genuinely good person who really grows alot during the game. She's very level-headed and usually keeps calm during dangerous situations which makes her an asset in the story-driven battles. 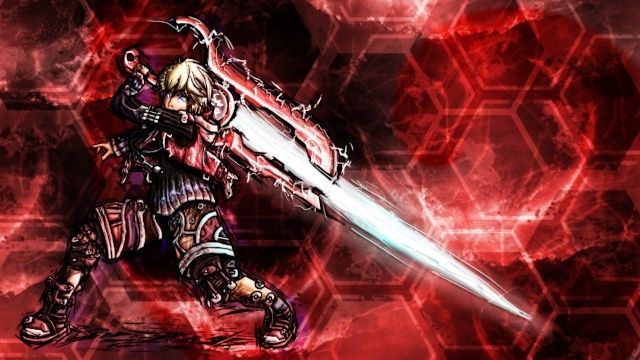 It should come as no surprise that the Monado-wielding protagonist of Xenoblade Chronicles is our choice for the most memorable Xeno series protagonist as he's easily the most widely known character in the series thanks to his appearance as a playable Smash character in Super Smash Bros. 4!

Shulk is a kick-butt character who comes into possession of the Monado, the only blade in the world capable of destroying the mechon menace bent on destroying the Homs race "essentially Bionis' version of humans" He is a very intelligent and reliable person who rarely gets angry, but when he does he fights with reckless abandon.

He grows alot during the course of the story and eventually makes a world-changing decision that affects the entire universe. The scope of Shulk's importance to the fate of the Bionis and his inclusion in Smash 4 are two big factors as to why we chose him as #1 in our list!

There you have it! This is our list of most memorable protagonists from the Xeno series of games! From the emotionally unstable Fei Fong Wong from Xenogears, to the seriously Kick-butt android KOS-MOS from Xenosaga, and the emotional roller coaster of Fiora from Xenoblade Chronicles, these are some seriously cool and in some cases messed up individuals who ultimately make the right choice to help their respective world's and save the day!

Did you enjoy our exclusive feature? What did you think with our choices? As always be sure to let us know in our comments section below!