WiiWareWave News: All Known Issues Have Been Resolved!

WiiWareWave Is Back And Better Than Ever!

After several months of squashing severe bugs and issues on our website, WiiWareWave is now officially bug free and in full working order. The images are now visible on all devices, the user toolbar is now fully functional once again, and members can edit their messages on game console browsers again. We've also gotten the chatbox functioning on the Wii U browser as you might have noticed!

The site still has some performance issues and slow loading times which we hope to fix soon, but as of right now all features have been fully restored to their pre-updated state.

We also added a few new features to the mobile version of our website including a toolbar that shows notifications and has a navigation menu that even includes a snazzy search function!

As always be sure to let us know your thoughts in our comments section below!

Financial: Pokémon Go Has Made Nintendo More Valuable Than Sony?

Pokémon Go Makes Sony a No? 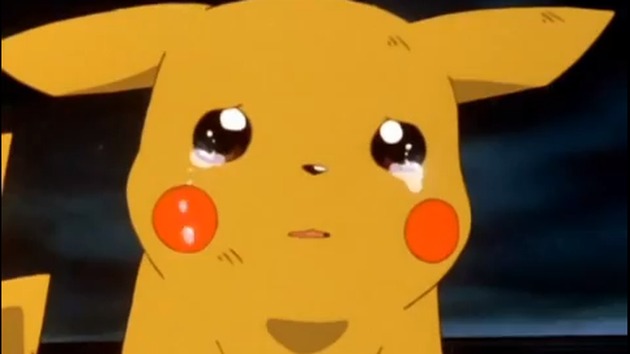 Hey there PlayStation gamers, Bre here with another PS update.  This update is a bit different then my usual updates, it deals with not only Sony but Nintendo too. So the news I have for you today is that the new popular application for your phone known as “Pokémon Go” has now helped Nintendo become more valuable than Sony. While this may not come to a shock to most of you, there are still some people that still hold hope that Sony will stay above Nintendo.

The new app for your phone gets you out and moving by having you search for Pokémon all around your town, then trying to catch them, all while leveling up and choosing your gym. I can say I am fond of Pokémon Go myself, but I also am fond of Sony so this puts me a tight squeeze. Though this may be the straw that brings Nintendo back from the Wii U somewhat flop, but at the same time Sony will is right behind fighting for their title with things such as the PS4K coming out soon. Which will be the winner? I guess we’ll wait and see, as for now Nintendo remains the champion.

WiiWareWave Update: Version 9.3.0 of Our Website Is Now Live!

Today we're rolling out, yet another major website update! We have begun to allow normal members to use our #hashtag system once again, however we have added another element to our #hashtag system on our home page in the form of a #trending this week widget that shows the top 10 #trending #hashtags for the week! We hope that you enjoy this new feature! As always be sure to leave us your thoughts on the matter in our comment section below!

WiiWareWave Update: Version 9.0.0 of Our Website Is Now Live!

A Major Overhaul For You!

Our big 9.0.0 website update that we've been clamouring about for weeks is now live and there are some absolutely huge changes that have occurred as a result of our update. The most noteworthy change is to the mobile version of our website, but there's also plenty of new features in our desktop version as well!

Here's a rundown of all of the new features:

★ Our mobile website now has a completely new theme with a host of new features! The mobile version has almost every feature the desktop version possesses!

★ An indicator of which threads you have posted in is now available in the mobile version of our website!

★ User avatars and signatures are now visible on our mobile website!

★ Our mobile search feature is no longer in beta and is now fully functional!

★ Our staff badges are now live and are shown at the bottom left corner of a staff member's avatar!

★ We've dropped our banner rank system and streamlined our usergroup system to improve the look of our website and to improve its performance!

★ We've added pagination to PM messages so you can view the previous PM or the next PM on your list!

★ We've added a new reputation system! You can earn up to 20 green bars next to your username! The more bars you have, the better your reputation! You can earn reputation from people liking or thanking your posts and from simply posting new topics or replying to existing ones! So be sure to post alot as well as thanking helpful posts and liking posts that you like!

★ An improved tagging system has been added! If someone is tagged e.g. @Ichigofan you can place your cursor or stylus over the tagged username to bring up a neat popup with user profile options!

★ We've added a new watched tags feature so you can easily keep track of the various hashtags that we use for articles! You'll be notified of any new instances of a hashtag and will be able to quickly view any recent instances of the hashtag! You can use this feature via your user profile, just go to edit your profile and click the tab that says Tags and input the #hashtag in the search box and click the button that says follow a new tag!

★ We've also changed the permissions of #hashtags so only staff members can use the feature. We'll be continuing to use #hashtags as keywords/metatags for our blog articles. @Usertags are unaffected by this change!

★ We've changed the template of our website to make our background image more visible!

★ We've finished our new Wii U Virtual Console reviews hub and it can be accessed from our navigation menu!

★ In our upcoming version 9.1.0 update we'll be styling hashtags into unique metatag buttons to give our blog articles an extra touch of pizazz!

★ We'll also try to add the national flags from user profiles into blog posts as well!

What do you think of all of these new features and the massive overhaul of our mobile website? As always be sure to let us know what you think in our comment section below!

Just moments ago, Nintendo revealed the next step in their NX project at a private press conference in Damasunoharu Auditorium, with over 100 analysts and media representatives in attendance. The device they revealed was the N-Pii Cellular Device, which is said to be "a fusion of a video games system and a cellular phone in one device".

Reports have come in that the phone has the same buttons as found on a typical controller, including a directional pad, A, B, X, Y, Start, Select, L and R buttons; an attachment even allows the device to be equipped with two Circle Pads for analogue control options. Nintendo has stated that they hope to create a wealth of unique entertainment opportunities for the device, including a line-up of remakes of classic Game Boy titles, such as the upcoming 2.5D-enhanced Super Mario Land N, an enhanced remake of the fan-favourite adventure with a whopping 72 additional levels. Nintendo assures that the device will not be replacing the Nintendo 3DS family of systems, but will rather act as its own entity.

Of course, the N-Pii is also useable as a mobile phone. The device straps onto the wrist of the user in much the same manner as the famous Pokégear accessory featured in Pokémon Gold and Silver. Nintendo has stated that they will be introducing a new in-house premium mobile service, which will be free for those who are signed up to the new membership programme, which is due to replace Club Nintendo in autumn of this year. The connection, rather than using a newer signal, will instead use the current 4G standard, in order to reduce the price of the N-Pii to consumers.

Speaking of pricing, Nintendo has announced that the N-Pii will cost ¥25,000, approximately $210 USD; this has been stated as being "much cheaper than [the attendees] were expecting", but that it was "typical of Nintendo to offer lower prices for the benefit of [the consumers]". The device will be available in a range of colours at launch, with stock images of green, pink, cyan, yellow, purple, orange, red, blue, black and white units being shown. One attendee stated, "They're all so nice! I wish I could get every colour!"

It seems as though initial reaction has been positive, but what's your opinion? Will you be picking up an N-Pii at launch, or would you rather wait and see how popular it becomes? Sound off in the comments below.