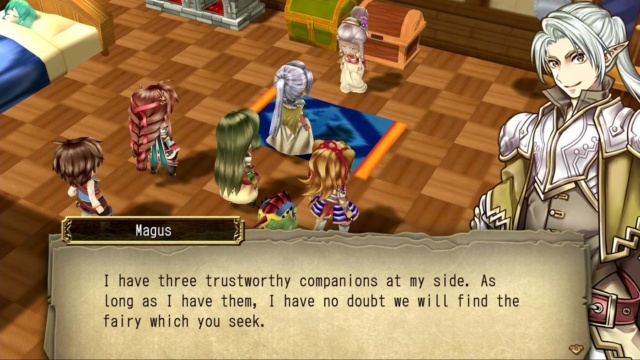 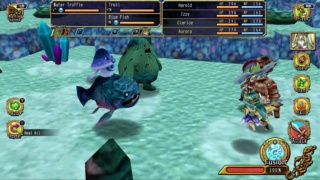 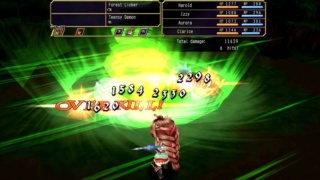 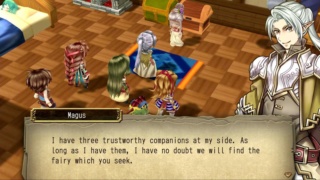 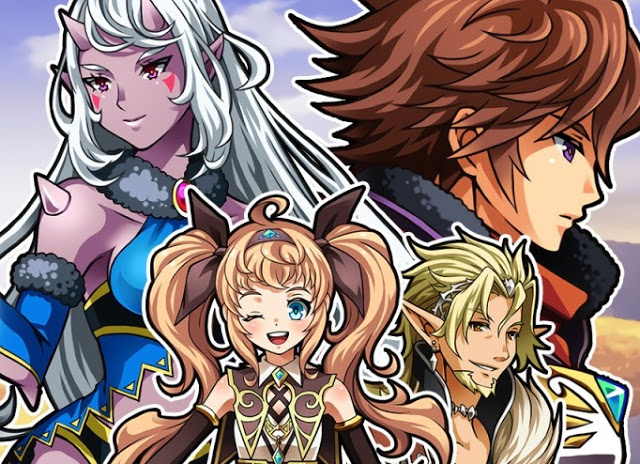 Developed by Exe-Create and published by KEMCO, Alvastia Chronicles is a decent attempt at recreating the greatness of the 16-bit era, however it falls short in many ways, but regardless is still a solid JRPG! Keep reading our review to learn more! 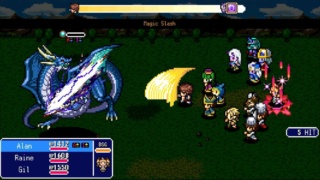 The story of Alvastia Chronicles is pretty straightforward and doesn't do much that we haven't seen before, but what's there is pretty good stuff. The gameplay on the other-hand is pretty unique. It's basically The Last Remnant in 16-bit form in the way it utilizes squads of characters who fight together as one with a united HP pool and multiple attacks, which is quite enjoyable, but the mechanics are definitely watered down so don't expect complex unit commands and such.

The game itself is somewhat short and can be beaten in 20 hours or less if you don't focus on side-quests and collecting all units in the game. The controls are easy to learn and the game's difficulty is a tad on the easy side. Another great thing is that the Vita version of Alvastia Chronicles is PSTV compatible which we commend the developer for continuing to support the niche device that has long been discontinued. 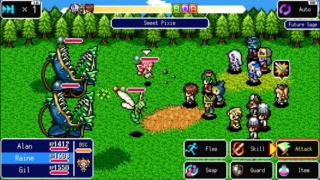 The audio-visual presentation is decidedly retro, but unlike previous 16-bit or is this 12-bit? KEMCO titles Alvastia Chronicles has a somewhat lacklustre art-style and feels off in a sense, because in some aspects it's 8-bit while in others it's 16-bit. It sort of ruins the game's nostalgia factor that KEMCO strives for. Luckily the soundtrack is much better and not only fits the game, but is quite memorable as well! 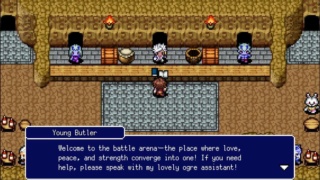 Bottom-Line: With great gameplay, flawless controls, and an excellent soundtrack, Alvastia Chronicles is commendable JRPG that has potential, however a somewhat erratic visual presentation and short story hold the game back quite a bit, though the PSTV compatibility really does help if you plan on purchasing the Vita version of the game. In any case we give Alvastia Chronicles for the PS4 a solid level of recommendation! 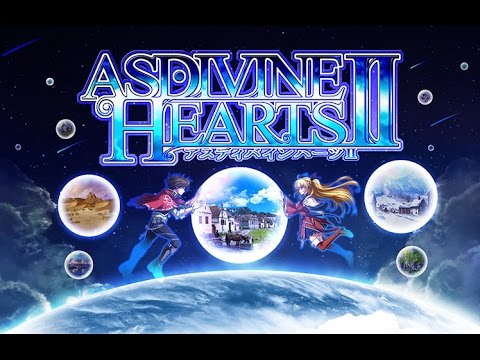 developed by Exe Create Inc. and published by KEMCO, Asdivine Hearts II is a direct sequel to the original Asdivine Hearts that takes place a couple of years after the events of the first game and is every bit as enjoyable! Continue reading our review to find out why we think this is on par with KEMCO's best release on home consoles to date! 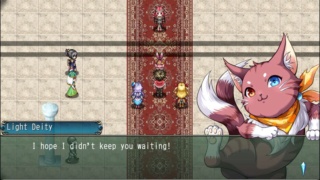 The story in Asdivine Hearts II is quite hilarious at times, but can take itself seriously when necessary as well. The character development is top-notch especially if you count how the characters grow and change across both games in the series. The gameplay is more-or-less the same, although there are some pretty good tweaks that have been made to the game.

The added buddy system is the biggests change and adds more depth to the battles. These buddies aid you in battle and act as support units, boosting power, healing you, etc. The gem system also returns from the first game and it allows you to gain use of spells, boost stats, and add effects to your weapons and defense. Overall it's mostly unchanged, however it feels a bit less important this time around which is somewhat disappointing. 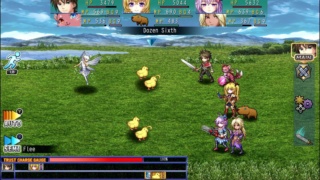 Asdivine Hearts II, much like its predecessor is split between multiple worlds, however the worlds are actually MUCH more expansive this time around! The game is also quite a bit longer than most KEMCO published JRPG's clocking in at over 50 hours in length so don't expect to beat the game in a few days time! 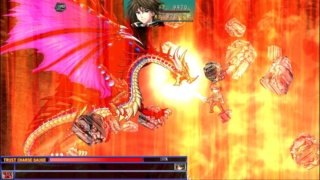 Bottom-Line: With great gameplay, a superb story, and a great retro-style audio-visual presentation, Asdivine Hearts II is an amazing budget JRPG that will knock your socks off! And the impressive amount of content will keep you coming back for more! And lastly the game is also PSTV compatible which is always a good thing in our opinions! Overeall we give Asdivine Hearts II for the PS4 and Vita a nearly perfect level of recommendation!

Developed by EXE-CREATE and published by KEMCO, Revenant Dogma is another solid KEMCO JRPG, but what sets it apart from the myriad of KEMCO titles already available on PSN? Continue reading our review to find out!

The gameplay is pretty straightforward and there isn't much that separates it from previous KEMCO JRPG's, but what it does do is pretty solid. The game possesses 3-D battles which are definitely better than those of Revenant SAGA with better frame-rate and special effects. The battles are turn-based as usual and the mechanics while simple are very enjoyable.

The story is pretty dark this time around and there are a good deal of superb plot-twists that should keep most players interested in what will happen next! The game is fairly lengthy as well, clocking in at around 35 hours in length. The game is pretty easy overall so don't expect a serious challenge, at least until the post-game content. The controls are intuitive and easy to learn which is always a good thing. And you PSTV owners will be happy to hear that Revenant Dogma is PSTV compatible!

Visually Revenant Dogma is generally nice looking with its 2-D world and detailed visual novel style story scenes, however the 3-D battlegrounds are a bit drab and the 3-D character and enemy models are rather blocky which detracts from the game's overall aesthetics. The soundtrack on the other hand is decent, albeit a little uninspiring. Overall the game's audio-visual presentation is average to slightly above average.

With solid gameplay, a great story, and excellent controls Revenant Dogma is a pretty enjoyable experience, however an average audio-visual presentation does drag the overall experience down a bit, but overall we give the game a solid level of recommendation!

The "Solid" Gateway To Fun! Developed by Exe-Create and published by KEMCO, Fernz Gate is a fairly lengthy KEMCO JRPG that actually does quite a few unique things not seen in other KEMCO games thus-far and it is a breath of fresh air! Is this enough to give the game a good level of recommendation? We think so and here's why: The story in Fernz Gate is excellent with several surprising plot-twists, unfortunately we can't explain these in detail without spoiling the game, but we can say that they're are a cut-above the usual plot-twists seen in previous KEMCO JRPG's that have been released on dedicated gaming platforms!

The gameplay is solid as expected from a KEMCO game, if you're looking for modern gameplay then look elsewhere. Fernz Gate does have the standard turn-based formula of previous KEMCO releases, but adds to it with the Buddy System, basically animal familiars who fight as allies. Your buddies can boost your abilities and even do joint attacks alongside your human characters which is a fantastic addition to the gameplay mechanics! The game's difficulty is relatively easy so don't expect to get stuck all that often. If you want to earn the platinum trophy expect to sink over 60 hours into the game at the very least. Lastly the controls are straightforward and easy to learn which is always a good thing in our opinions.

Also just so you all know the game is cross-buy between Vita and PS4 and what's more the Vita version is PSTV compatible which is not something you see very often these days. Bottom-Line: With great gameplay, excellent story and controls, and a superb audio-visual presentation, Fernz Gate is the perfect game for all fans of retro-style JRPG's and as such we give the game a good level of recommendation! 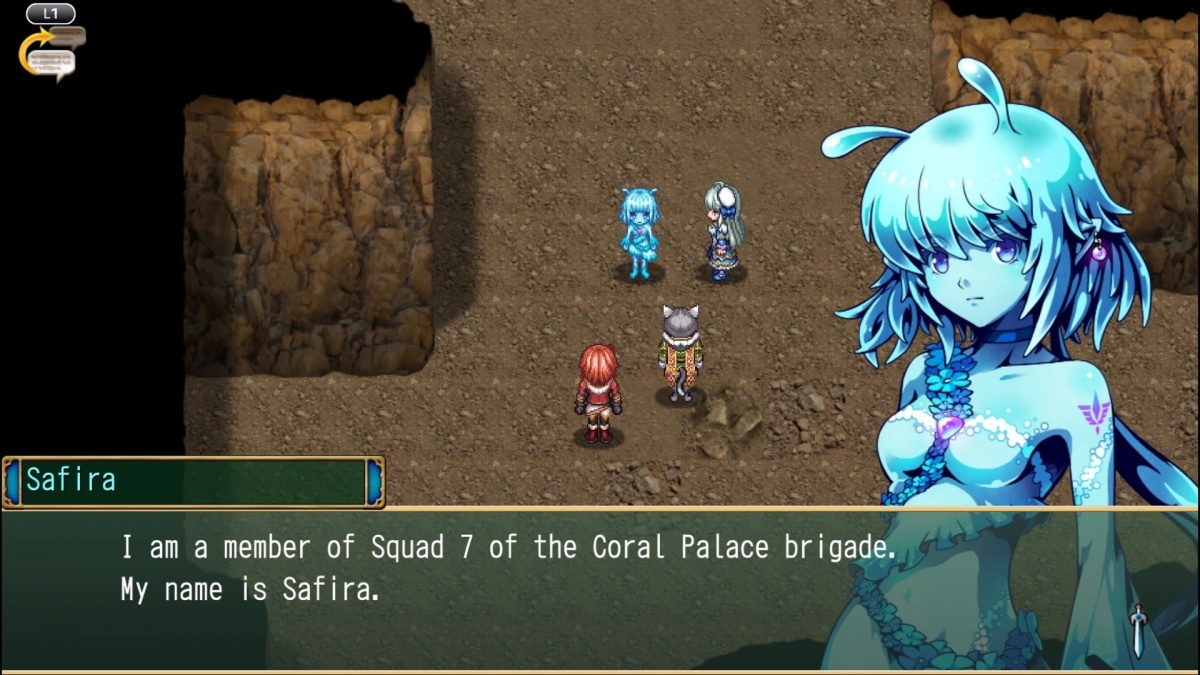 Developed by Exe-Create and published by KEMCO, Antiquia Lost is a 16-bit JRPG with a glossy coat of HD paint and is a blast to play! Is this enough to make Antiquia Lost a worthwhile purchase for you Vita/PSTV? We think so and here's why! 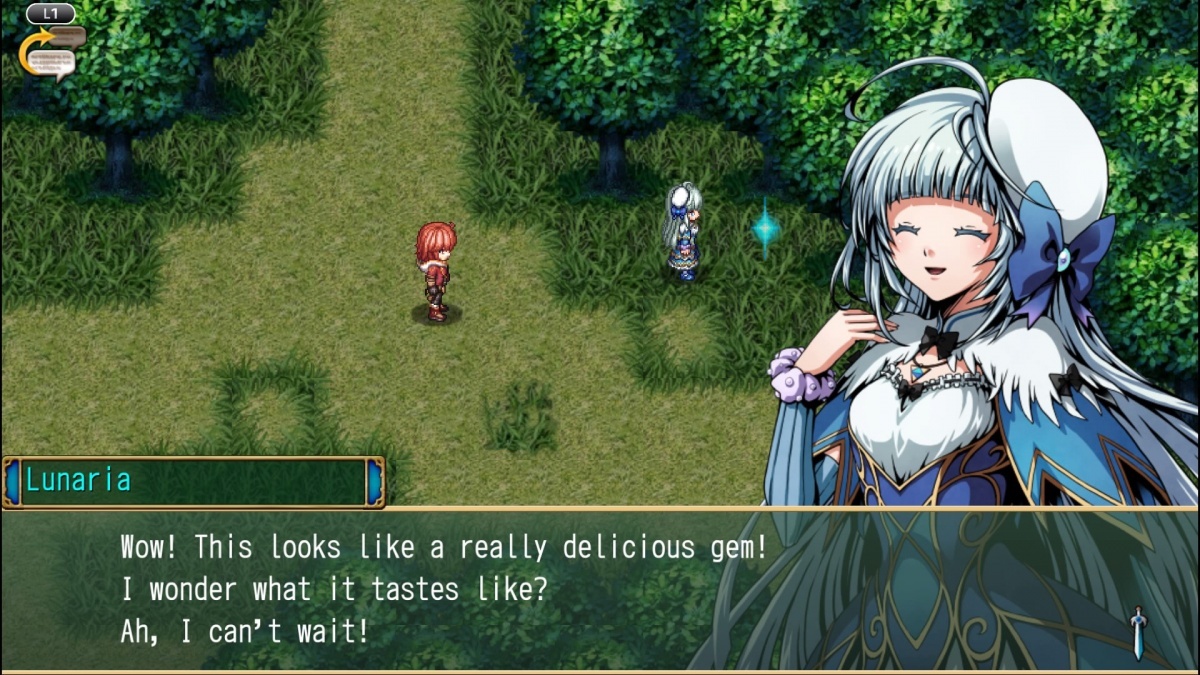 The story of the game revolves around the protagonist who's basically human, a half-slime girl who has a gem-eating fettish, a full-fledged slime lady who's a soldier and gets lost comically easy, and a super strong cat-person who's on in years, but wise. The story is quite comical to be honest though it does have darker moments it never tries to take itself too seriously which is a nice change of pace from most modern RPG's.

The gameplay is fairly straightforward, with a few twists such as growing fruits from seeds to boost stats and feeding gems to a certain character to raise her stat and level her up. Everything else from the turn-based battles to the other nuances such as transportation is all typical RPG-fare, which isn't a bad thing at all in our honest opinions. 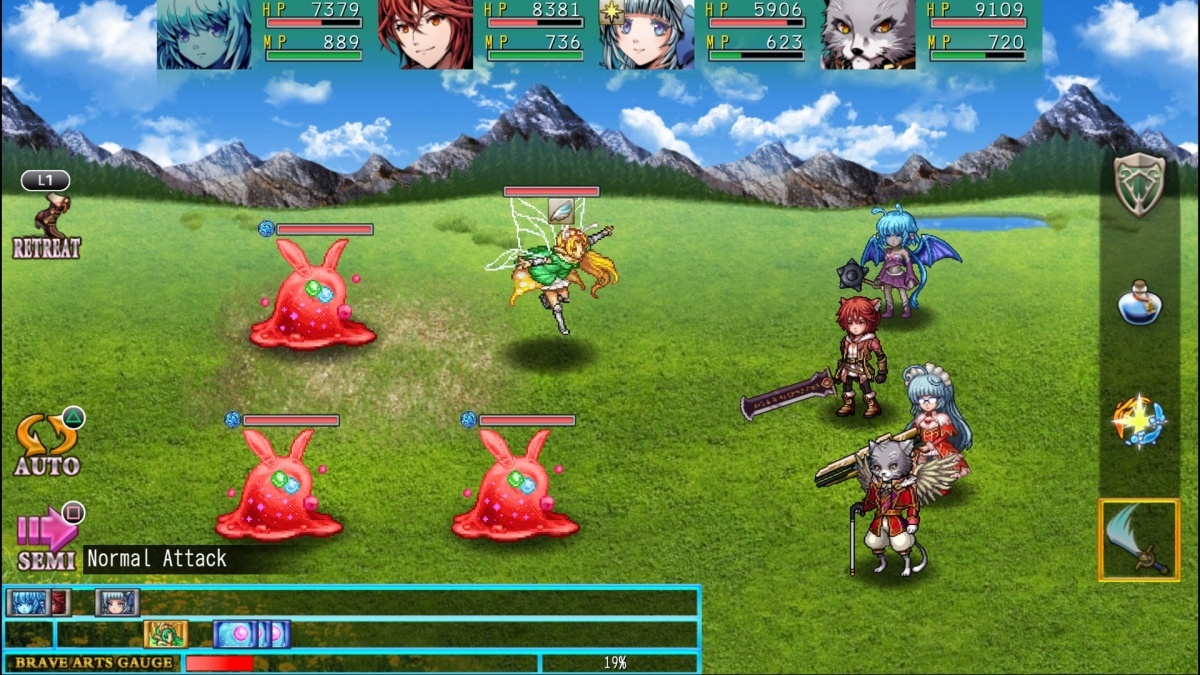 The controls are easy to learn as expected from a retro-inspired JRPG which is good. The difficulty on the other-hand is way too easy for a large portion of the game thanks to the premium shop that can be accessed early on to possibly obtain extremely overpowered equipment. Antiquia Lost is also PSTV compatible which is great for players who enjoy gaming on the big-screen.

The audio-visual presentation is decent enough, the graphics are 16-bit and clearly inspired by retro games, but the art-direction isn't quite as authentic as previous KEMCO releases which is a shame, but it still looks good. The soundtrack has a few superb tracks, but for the most part is highly forgettable. 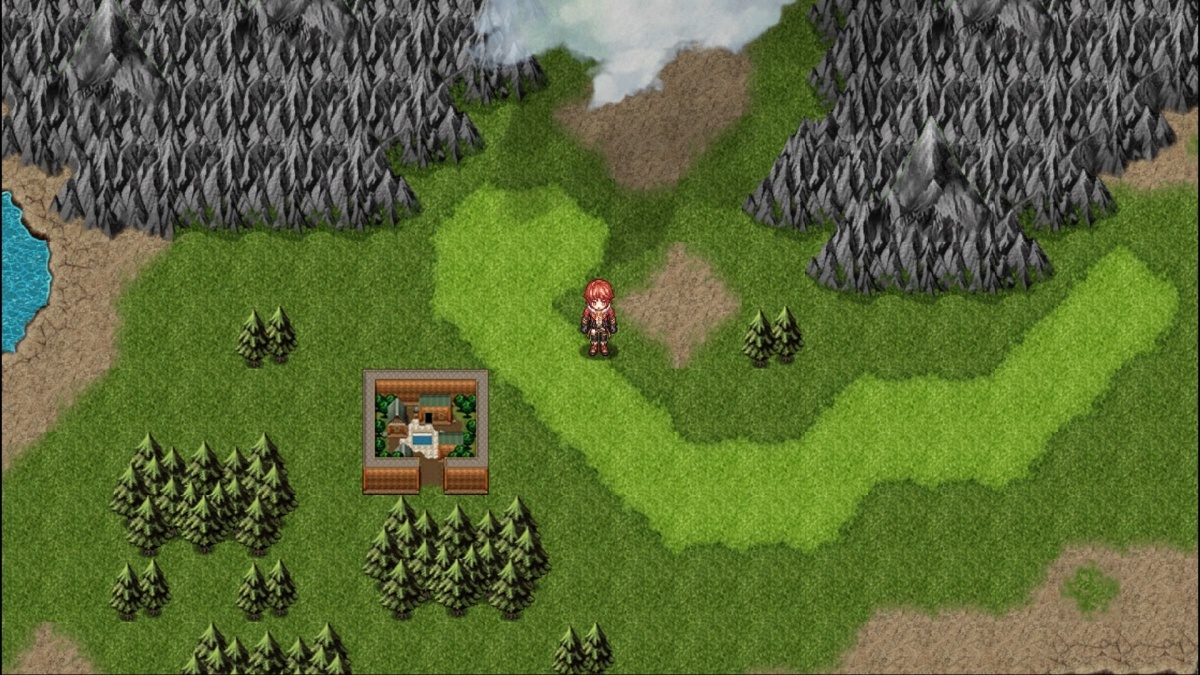 With a comical and highly enjoyable story, solid gameplay, and flawless controls Antiquia Lost for Vita/PSTV is an excellent throwback title that will remind players of a simpler more enjoyable era of the video game industry which is always a fantastic thing.

Unfortunately the premium shop that can be used for free in-game alchemy stones can break the balance of the game's difficulty and the visuals don't quite look as nice as KEMCO's previous 2D offerings and the soundtrack is rather hit-and-miss as well. Overall though, Antiquia Lost is a fun game that fans of retro RPG's should enjoy so we give the game a solid level of recommendation!