YIIK to have 7 dungeons and at least 5 towns 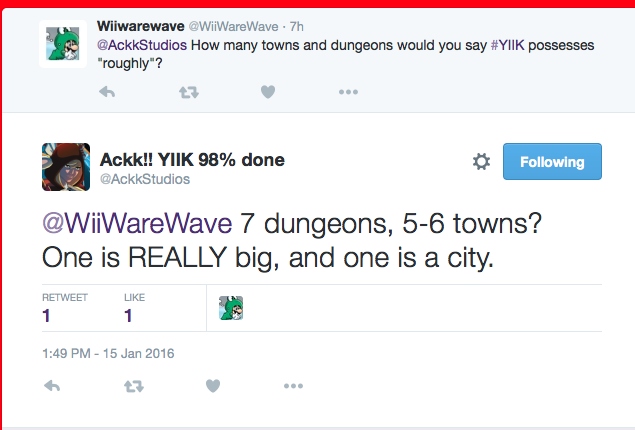 Recently the official WiiWareWave twitter contacted AckkStudios about their new game YIIK, a post-modern RPG that is "kinda like Persona, Earthbound, and Wild Arms" we asked how many towns and dungeons there will be and here is what we found out

According to the developer the game is very close to completion, so keep an eye on YIIK coming to the Wii U eShop soon!

by KingreX32
on January 4th 2016, 6:06 pm
Search in: Latest Nintendo News
Topic: Ackk Studios YIIK Title Coming To Wii U At The Same Time As Other Platforms
Replies: 11
Views: 1200 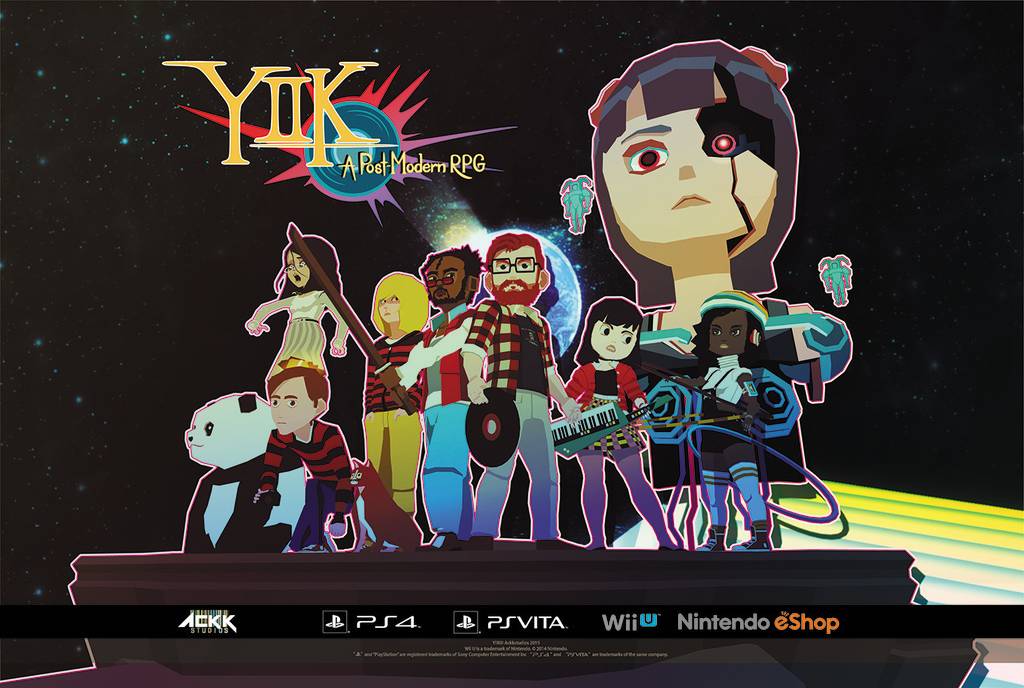 Ackk Studios interesting looking game YIIK (Y2K) is coming soon to a WiiU Console near you.  This news comes from twitter where Wiiwarewave asked the studio whether or not the studios' new title would be hitting the console at the same time as the other platforms. 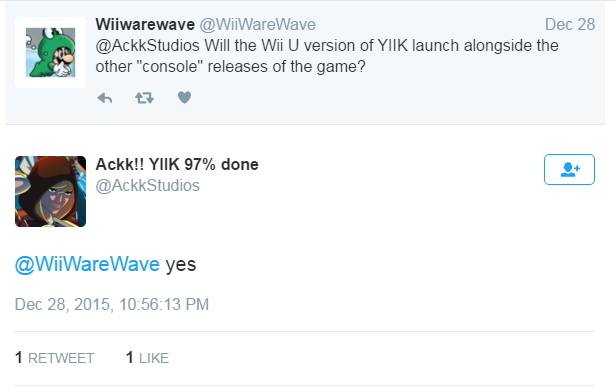 As you can see the answer was a Yes. It’s nice to see a Multiplatform title released on the WiiU at the same time as the other consoles. Games like, Assassins Creed 3, Watch Dogs, Need for Speed Most Wanted and Deus Ex Human Revolutions are all examples of games that came to the console long after they were originally released.

YIIK so far is looking like a great title and the story seems interesting. We are not sure yet if the game will be a retail or Digitally Downloadable title as of yet so stay tuned for more information. YIIK is scheduled for release in February of 2016. Visit the website for more information on this title.