A pair of defective nuclear missiles, en route to a safe detonation site, have begun to leak. Badly damaged, the carrier automatically looks onto the most direct route and the flood of radiation prevents anyone from getting close enough to the runaway carrier, and people in the know fear that even a slightest bump could trigger a catrastrophic explosion. Standing as the world's final hope, Blast Corps, leaders in the field of heavy duty demolition, must clear the way to ground zero and ultimately counter the threat of nuclear winter.

Story
One thing I want to mention is that the story is told in the title screen demo, not in a cutscene, or not even as text once you press the start button at the title screen, just the title screen demo. Unless you have the instruccion manual which includes the whole story in just two pages, you have to see the whole title screen demo in order to tell you the whole story of the game, and from what I saw from the story, it sounds somehow serious and has this little depth that makes it look like a good story, but the problem is, is that the whole game has this lighthearted tone behind it, in which really makes the kind of serious tone of the story not executed like it should be, but overall it's a good story with an unfitting execution. There are also some hidden scientist in some main levels in which if you find them all, the story can continue up to the ending, which is another way to keep playing the game more in order to get the full story.

Gameplay
Blast Corps is... um... well, I'll call this an "action puzzle" game, The game starts on a world map with only one accessible main level which is called a "carrier level", the game can expand to more levels in order by "sets" in which if you beat certain levels, the next set of carrier levels is opened, where they are sorted out by their difficulty (easy, normal and hard). There are also some bonus levels which can be earned by finding and activating communication devices, but I'm going to explain that later on...

The carrier levels are the main levels of the game, on these levels, there is a missile carrier is driving on a linear set route, but said route has a series of obstacles, usually including a number of buildings, your objective is to make way for the missile carrier by destroying said obstacles by using certain amount of vehicles (depending on which level are you on) be it a bulldozer called a "Ramdozer", a motorcycle-like vehicle called the "Ballista", and even some giant mechs (aka robots) ! and each vehicle has it's own way of destroying objects, like for example, the Ramdozer can destroy objects by simply driving straight into them, the Ballista can shoot missiles ! and one of the mechs named "J-bomb" can fly by using it's jetpack and then stomping the objects while in the air ! However not everything is about destroying obstacles, some levels require you to do some things in order to make a path for the missile carrier, like for example there are some hollow holes that can be filled by some stone blocks that can be pushed by the Ramdozer. The carrier missions, while some of them are very annoyingly hard and frustrating, are tons of fun just because of the mere satisfaction of destroying the buildings ! but that's not all the things that the carrier levels have, there are still tasks for you to complete ! which are destroy all of the buildings, free the civilians who are trapped in some buildings, activate a number of radiation dispersal units (or RDUs) which are placed around the level by just walking to them and finally, activating communication devices hidden in some levels so that you can unlock hidden levels. and the awesome part is, if you've complete a carrier level, you can return to said level, with no time limit and no missile carrier this time, so that you can complete objectives and find secrets ! so in other words, this game focuses on exploration too.

The game grades you by medals in each level in which depends on how much tasks did you do on the level, where they give you a gold one if you complete the main level and another one for doing all the tasks, with this you can sometimes unlock some bonus levels in a certain side level or time trail level, the side levels are other levels where you must demolish a certain number of buildings or activate all RDUs in a certain amount of time, but be careful, in some levels there are some obstacles such as water or lava that can destroy you by just touching it which will cause the side level to fail. The time trail levels are just straight races, where you must complete a course of four laps in the fastest time possible with a vehicle you can choose. Both of these type of missions also have their medals, so you must brush up your skills if you want a gold medal, and another thing, if all of the carrier levels are completed in gold medal time, platinum medals become available for now on.

The game is fun, but there are some problems that might effect the enjoyment of the gameplay, like for example the controls for a car-based vehicle are too sensitive when you are turning, and it also requires you to use left and right on the d-pad or the control stick to turn, in which it can be annoying if you're in a very thight situation, and the camera doesn't help either, since it doesn't go far away for you in order to explore for hidden objects, these and other problems are frustrating and can hurt the gameplay a little...

Music and Sound
The soudtrack is good, there are some songs that are quite catchy and some just sound decent, but I've only found one that was kind of memorable, but overall it's not bad.

The sounds are just awesome, everything about the explosions and the buildings getting destroyed ("KABOOM !!!") just sound so satisfying, but the vehicles sounds are very "meh...", and as for the voice acting, there are some clips of it, and even though there aren't many voice clips, they all sound very good both acting wise and quality wise ! some of them have a bit of a low quality but overall, they are all good.

Presentation
This game (which is also called "Blast Dozer" in japan) actually supports the N64 controller pak in order to save the game, but don't worry, it won't be necessary in order to save the game, the controller pak just adds three more files to save, in which you can actually export it to another Nintendo 64 with another copy of the same game !

The game presents you as if you're part of the Blast corps team, when you start the level and finish the level the leader will tell you something like a "good luck !" message or a "nice work !" message, and other members will give you a message too if you're either doing something or if the missile carrier is going to crash, and seeing how the survivors that you can free can sometimes speak, the game tries it's best for it not being lifeless, and it does a good job at it too !

And as fr the replayability, it does deliver a lot ! first of you have the gold medals you must earn, then the hidden vehicles which are inspired by other TV shows such as The Dukes of Hazzard and the A-Team, the side levels and the time trails levels and much more ! and with a high difficulty in some levels, I've bet you're going to be busy for a whole while ! you can also unlock some more bonus missions if you get enough platinum medals too !

Overall
This game is pretty action packed while at the same time it is also a game that tests your skills, but some frustrating moment keep the game from being enjoyable, so if you like a game with a great difficulty, a change of pace for the puzzle genre or you just like to a game where you can destroy a lot of stuff and you don't matter a few problems, then go ahead and give this game a go ! but if you don't like challenging games and you don't think that doing for all the effort of a very difficult task is that great, then skip it, and as for me, this game gets... 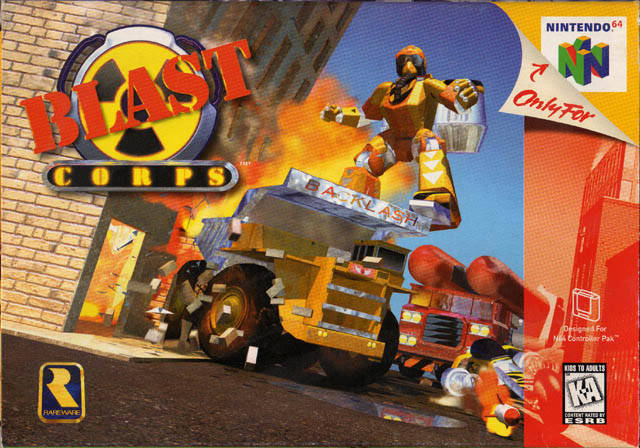 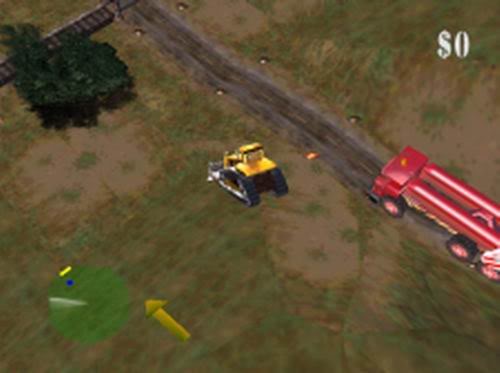 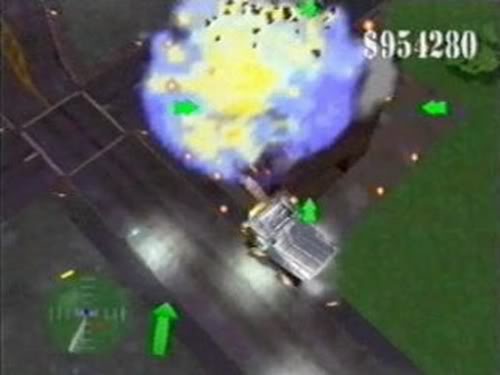 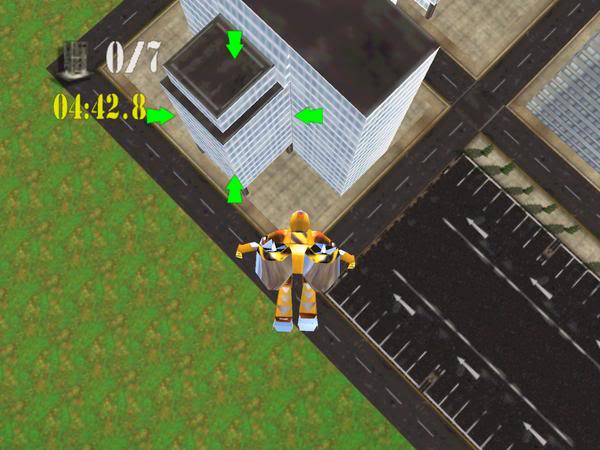 Re: Blast Corps (N64)
on September 12th 2011, 1:19 pmGrumblevolcano
This is a great often overlooked title for the Nintendo 64 that never really got the media attention it deserved

Re: Blast Corps (N64)
on September 13th 2011, 12:36 pmDigiDestined
This doesn't sound like something I would like to play but your review is pretty good

Re: Blast Corps (N64)
on September 14th 2011, 9:13 pmZezHylia
Is this game similar to Destruction Derby for the nes?
It sure does sound fun though

@Navi wrote:How hard is this game

Hmm... let me put it this way, the game is so hard, that there was one level in which you literaly need to do unimaginable things to your vehicle that is litelary impossible to do UNLESS you're a professional...

Re: Blast Corps (N64)
on September 15th 2011, 7:51 pmYusei Fudo
Blast Corps sounds like a great game,thing is I've never seen it at my local retro game store.....is it really rare? and how much do original cartridges usually cost?

@Yusei Fudo wrote:Blast Corps sounds like a great game,thing is I've never seen it at my local retro game store.....is it really rare? and how much do original cartridges usually cost?

But the thing is, I bought this game HEAVILY used out of luck in a bazaar for somewhere around $10 bucks !

on topic now this is a very unusual title which might attribute to its obscurity,but however you slice it this is one great game "and might I add an impressive review" Jnes5 you really work your booty off nice work

Re: Blast Corps (N64)
on July 3rd 2012, 5:28 pm.hacker
WiiWareWave is one of only a few websites I have visited that actually have a review for this amazing game!

Re: Blast Corps (N64)
on August 25th 2012, 11:35 amGanondorfthewicked
I didn't like how the difficulty would suddenly increase during some levels even early in the game, but all in all Blast Corps is a good game.

Re: Blast Corps (N64)
on December 31st 2012, 3:55 pmNINTENBRO
Blast Corps is a very unique game Kushina, and it was an even fresher concept back in the late 90's. One of my top 5 favorite N64 games of all-time, out of the ones I actually owned & played. The graphics seem to have aged somewhat, to put it very politely. But that's usually the case with most N64 games. I didn't even know this review existed, until you posted on the subject Kushina. Otherwise, I would've definitely made a post before now.
Re: Blast Corps (N64)
Sponsored content
Permissions in this forum:
You cannot reply to topics in this forum