Need for Speed Undercover is the 12th installment of the ever popular Need for Speed series. It was developed by EA Blackbox and published by EA. It was released on November 18th 2008 for all consoles and handhelds.

Need for Speed Undercover takes the series back to its roots (after the not so hot reception of Prostreet). Players are put in the role of an undercover cop sent to infiltrate an international smuggling syndicate. 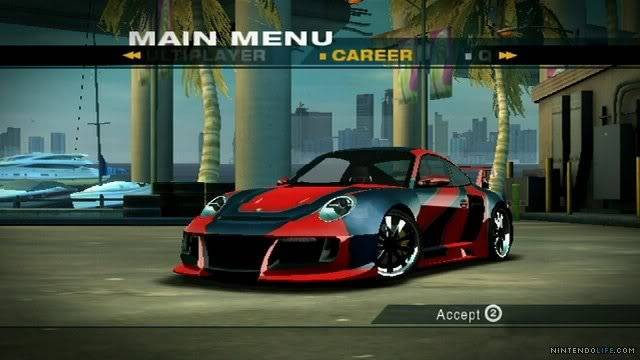 Like previous NFS titles (Most wanted, Carbon etc… undercover features the return of a free roam mode, cop chases, numerous car customization options (like autosculpt), Many different cars, and parts, and lastly an awesome soundtrack featuring artists like Mindless Self indulgence, Tyga, Nine Inch nails, and Rise Against. The damage feature returns from Prostreet but this time the damage is only cosmetic and doesn’t affect your cars performance in any way. On top of this Undercover also has many new single and multiplayer modes like Cops and Robbers (Two teams of up to four players will compete to either deliver, or prevent the delivery, of a package to a drop-off) Getaway ( similar too Cops and Robbers, but this time players take turns being either the Cop or Robber.) Highway Battle (like the outrun game found in almost every NFS title the only difference is it takes place primarily on the highway) and Chasedown (A Single player mode where you have to total the bad guys car before his goons get you). 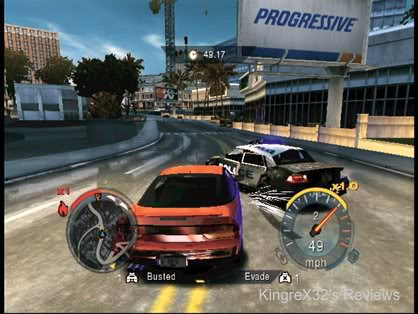 Another new feature of Undercover is the reworked Heat level. In previous NFS titles if the cops chase you your heat level will go up, if you manage to get away it is reset to zero. In Undercover your Heat level remains consistent throughout the whole game basically meaning if the last time you got away from the cops your heat level was at 5 (the highest level) then the next time you get into a chase it will star directly from Level 5. Lastly like Prostreet the Wii version of undercover lacks an online multiplayer component (only Local) and DLC packs. 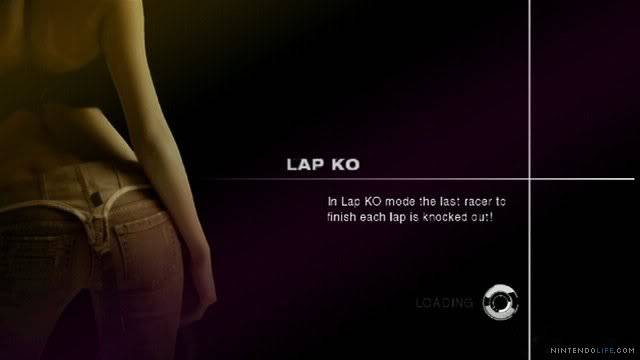 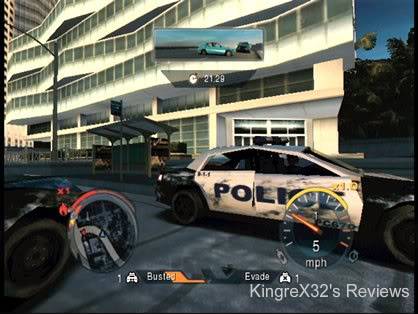 In the graphics department the game looks great, while they are downgraded to work on Wii the textures, environments and vehicles nonetheless look great and are a major improvement when compared to Prostreet on the Wii. Gameplay wise returning to the formula of previous NFS games Undercover features fast paced, action packed, arcade like gameplay. In controls Need for Speed Undercover is a very accessible game featuring six different control methods its easy for anyone to pick it up and play. Players can either use the Wii Wheel, Wiimote by itself, Wiimote and Nun-Chuck, Wii Classic controller, The Gamecube controller, or the separately sold Logitech Speed Force wireless Wheel. 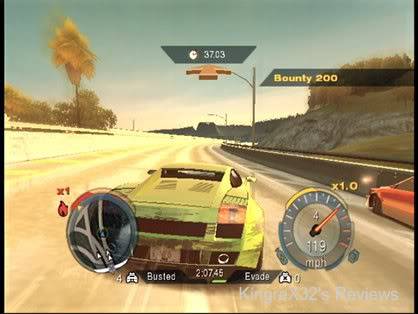 While Undercover is a throwback to previous titles it does however have a slew of problems that keep it from greatness. Points of criticism are the game is very glitchy and buggy sometimes you are able to drive through other cars, most times the game freezes during customization, and at times the maps don't load fast enough so you will find yourself driving through grey nothingness. Secondly the story usually has nothing to do with the gameplay, you will be told to do one thing and when the game starts you will find yourself doing something completely different, and lastly the cut scenes in between games were badly acted (Maggie Q I was expecting more from you). With that being said when it works the game is very fun to play it features everything we have come to know and love from the Need for Speed series (except the bugs and Glitches), its of decent length (about 10 -12 hours) and as always the soundtrack is awesome.

While the game is at bargin bin prices now you may want to give it a rental before you invest 30 bucks. Need for Speed Undercover gets a 6.0 out of 10. 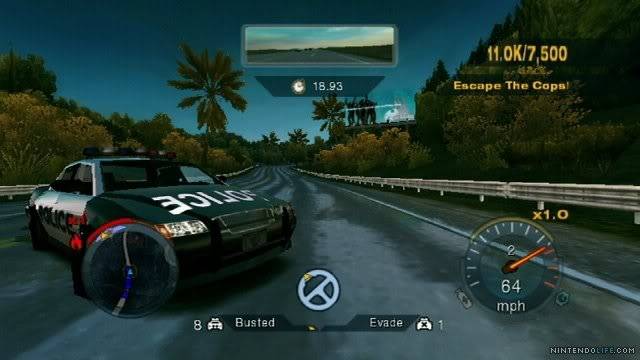 Re: Review: Need for Speed: Undercover (Wii Retail)
on September 6th 2011, 2:57 pmChickgoboom
I was quite disappointed with this game despite the fact that it is fun the fact remains that the wii version is vastly inferior to the PS360 versions

Your review is very informative and accurate nice job

Re: Review: Need for Speed: Undercover (Wii Retail)
on September 6th 2011, 3:42 pmMarioman18
@1 The wii always gets the middle finger in terms of ports

@Marioman18 wrote:@1 The wii always gets the middle finger in terms of ports

Indeed thats why i ike reviewing Wii games that are ports. Cause i like people to know just how bad or good the game is. And weather or not you shouls avoid it. NFS Undercover was an ok game just not worth even 30 bucks.

Re: Review: Need for Speed: Undercover (Wii Retail)
on September 6th 2011, 4:25 pmARF_Paula
Ugh This game is awful,well whatever

Re: Review: Need for Speed: Undercover (Wii Retail)
on September 8th 2011, 12:28 pmTowafan7
The game isn't terrible it's just not all that good either I think your review is very good man

But your review is pretty good KingreX32 !

But I can't believe you can actually use a Logitech Speed Force wireless Wheel ! how does that work ?!

Re: Review: Need for Speed: Undercover (Wii Retail)
on September 8th 2011, 2:30 pmLove4Gaming
I figured it wasn't going to be very fun

But your review is pretty good KingreX32 !

But I can't believe you can actually use a Logitech Speed Force wireless Wheel ! how does that work ?!

I didnt use it. Im not goona pay 40 bucks for that thing and it only works for one game. Its a waste of money.

Also Dang dude you and me are polar opposites. You hate all the games i love. LOL Ive been dieing for a good realistic racer on Wii cause I hate the kart racing games.

Re: Review: Need for Speed: Undercover (Wii Retail)
Sponsored content
Permissions in this forum:
You cannot reply to topics in this forum