Message reputation : 100% (4 votes)
Two creatures, one tarantula and one scorpion, are having a deadmatch againts each other, but many obstacles and other animals are interrupting their fight, be it insects, rats, reptiles and even humans...

Story
The story, which setting is supposed to be in real life, is kind of unrealistic on how it is being told, but it is very interesting and keeps you being interested in it, but then the story gets kind of darker later on, but then the ending goes from darker to even more darker to the point in which is even disturbing to even think about it...

Gameplay
The game plays like an action adventure game, you play as either the tarantula or the scorpion depending on what chapter are you playing, both of them can climb walls, but they have a very different style of play, for example the tarantula's abilities focuses more on exploration and the scorpions's abilities focuses more on combat, and both of them have different style of combat (the tarantula can shoot webs and the scorpion can guard, etc.), but some of their abilities like the scorpions digging and the tarantulas web shooting must be unlocked at certains parts of the game. In combat, you can attack other animals along your way by pressing the buttons and shaking the wii remote and nunchuck while also performing combos as well for extra damage, the whole shaking can be a little tedious while exploring, but thankfully it is not necessary in  combat (but with a few exeptions...), as for the exploring, the levels are mixed with linear paths to open land depending on what chapter are you on, they are very well varied with obstacles and views and they are never bland, however, there are certain parts in which you must backtrack a few times, and it can get a little annoying.

However there might be a few glitches and bugs (no pun intended...

) in the game like for example in a certain level where you don't know where to go so then you explore and then you end up falling down for no good reason, but these problems are not frequent and not too possible to perform... if you know what you're doing.

Graphics
The graphics depend on what desing are we looking at, the enviroment looks great in some parts and in some other parts are ok but it gets the job done, the insects look really good and the other animals look kind of dated, but the humans do really look a little outdated but not by much.

Music and sound
The music has this calm but creepy tone, it does work for some parts, but it is kind of over the top at times.

Even tough some insects are always quiet, they do make a sound in this game depending on their reactions, however they sound really unnatural and it looks like the sounds were forced to be put in, but as for the other animals such as the rats and the reptiles, they are ok. But one of the most important things about this game has to be the humans, they were not voiced by just some people, they were voiced by familiar hollywood actors Billy Bob Thornton and Dennis Hopper, and they are incredible in this game ! only if the game is in english, since the game can speak other languages as well and not just english.

Presentation
The game is told in chapters and some of them progress through the tarntula's story and the other chapters progress through the scorpion's story, they are told with their point of view and both of them are progressed on what they are doing and there's one certain ocasion where their chapters will affect each other and it is pretty cool, but to bad it doesn't happen a lot of times, now what I liked more about the game is how well represented the enviroments are, complete with a camera pretty good positioned for a great point of view. As for replayability, there are some grubs spread on the entire levels in which you must collect (by eating them...) and when you collect a certain amount of grubs, some artwork can be unlocked in the extras menu, and there are also some leaf crickets in which you must collect in order to increase your creature's health meter.

So as you can see, there are a lot of creepy bugs in the game, and while they don't look too real, they still look kind of creepy, so if you're an arachnophobe, you might find this game very creepy.

Overall
Deadly Creatures, while it may not hold you forever, is a pretty good playthrough that people should at least experience once, since the enviroment and the story, for the most part, is pretty interesting, but the gameplay could've been a little more better, so if this game sounds good to you or you somewhat like insects or creepy stuff, then go ahead and give it a go, but if any of this interests you just a little, then give this one a rent, maybe Im being too honest with this game, but for me this game gets... 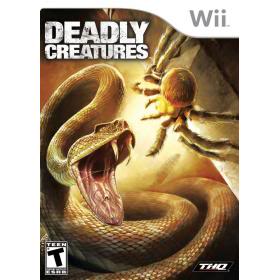 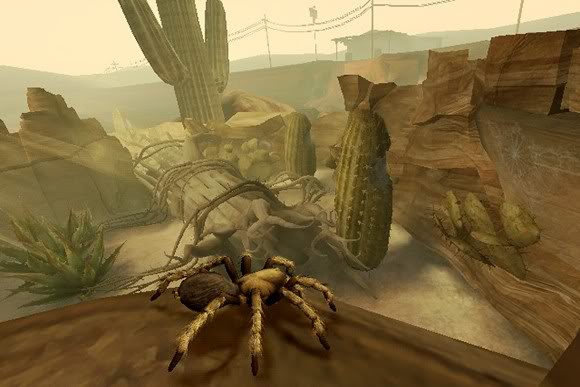 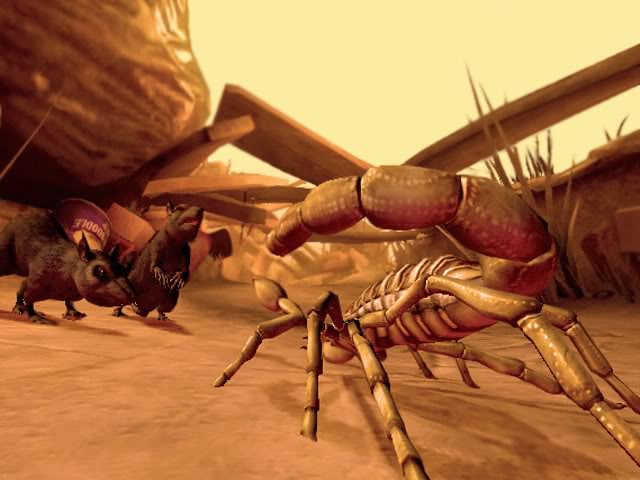 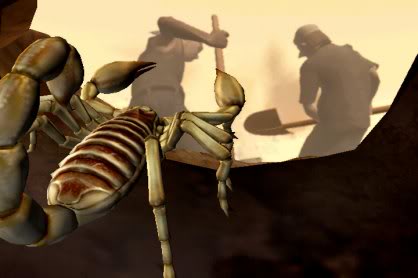 Re: Review: Deadly Creatures (Wii Retail)
on August 9th 2011, 6:06 amSneaker
It's still on my list of Wii games to get. But that list is very long

Actually this game sounds rather interesting =)

I can't wait to read your next review Jnes5

Re: Review: Deadly Creatures (Wii Retail)
on August 10th 2011, 7:24 pmGanondorfthewicked
Sounds like my kind of game

Re: Review: Deadly Creatures (Wii Retail)
on August 15th 2011, 10:03 pmNatsume
How long does it usually take for a person who hasn't played this before to beat it

Re: Review: Deadly Creatures (Wii Retail)
on August 16th 2011, 7:19 amKingreX32
I saw this game in the value bin the other day. I really want to review it, but i cant. I have an intense fear of spiders. And for a Wii game Deadly Creatures looks amazing. Amazingly realistic.

Re: Review: Deadly Creatures (Wii Retail)
on September 25th 2012, 5:11 pmNINTENBRO
If it had an open-world with deeper exploration and simulation elements, a game like this would probably play like a dream on the WiiU Gamepad and or 3DS. I want the freedom to explore where ever or whatever interests me. If I wish to borrow underneath a rock, I want to have that ability. Also, I'd rather not play a linear story based game like this, a game like this deserves to be an open-ended simulation. In which randomized events spontaneously occur depending upon your in-game actions. Now that would be a game I'd definitely purchase.

Re: Review: Deadly Creatures (Wii Retail)
on September 25th 2012, 6:32 pmSKTTR
What a coincidene. I played this yesterday for a bit. Now in Chapter 5.

I like this game in short bursts, because honestly, there is not much variety yet. It's mostly exploring, and finding your way to the next checkpoint.
The RPG aspect is a nice addition: defeating enemies and finding secrets to earn points that unlock new moves and stuff.

But I had higher expections and I hope it's getting better later on, because I found the beginning kinda slow... it's always the desert outdoors or caves, and a fight now and then, sometimes a boss...

I generally love games where you move a tiny creature through a real life world (Chibi-Robo!, Mushroom Men) but in Deadly Creatures there really isn't much to do for a scorpion/tarantula in a real world it seems. Just keep on pressing forward going through the environments, killing other animals and eating them up.

The music IS really creepy. A deep haunting bass underlining the murderous world of a scorpion/tarantula. It fits in the caves but it's somehow alienating when running over the sandy dunes in the hot sun.
The voice actors do their job fine, but the soundeffects are abysmal.

I'm still not used to most of the battle controls. Too many different motion and button combinations.

Though after reading your review I'm now excited for the story and the "darker" side of it in the later half of the game so I'll make sure to beat this.