Dementium the Ward is a First person shooter, survival horror game on the Nintendo DS it was released Halloween of 2007. It was developed by Renegade Kid and Published by Game Cock Media.

The game takes place in a hospital on a dark and stormy night. You play as an unnamed patient who wakes up in the hospital and quickly realizes that he's trapped. So with your trusty flash light you set out to escape the hospital with your life.

Through out the game players will come a cross a variety of characters and creatures including mutated patients, creepy little girls, a lady who keeps getting kidnapped by bigger creatures and colorful but terrifying boss fights with undead creatures. Dementium might be a horror game but there are puzzle elements to it also, things like playing a certain tune on a piano to open a secret compartment, or completing objectives in a certain time or way to gain access to secret levels of the Hospital. 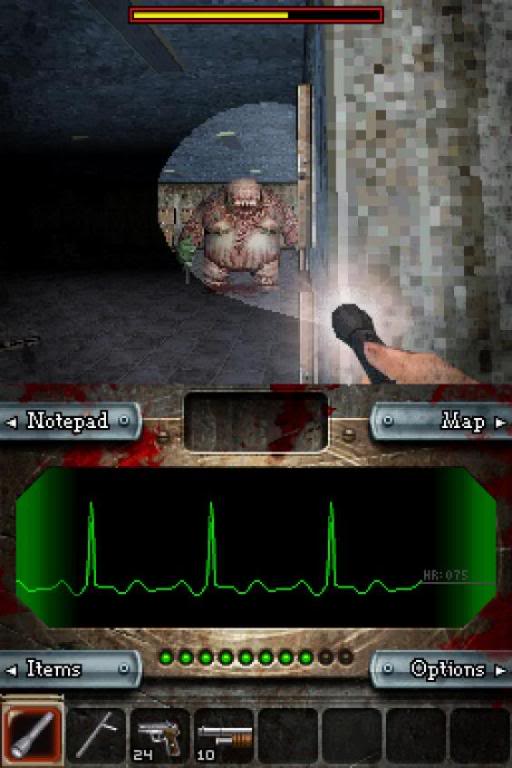 Like Hotel Dusk there is a note pad in the game to right down clues for you objectives, space is limited though so you cant write much, the game also features 18 levels each reveling themselves as chapters in a horror novel. The game also has full 3D environments, realistic flashlight effects, amazing graphics, and great game play.

The game won numerous awards like DS Best first person shooter (IGN) and DS Best Graphics Technology (Nintendo Power). And those awards are well deserved as this game pushes the DS's graphic capabilities to its limits. The controls were the exact same as Metriod Prime Hunters, the dark tone and creepy music through out the game even add to the overall scariness, not to mention the low raspy breathing of the creatures that are near by in the dark that see you but you cant see them. As one fan of the game who said: "This game scared the hell out of me. It's atmosphere, grim music, and abundance of shocks kept the back of my neck in a constant deep-freeze. No fright flick has ever kept me on the edge of my chair, which is not the best sitting position for a DS game, but I can't help it! I even screamed at one point! I haven't done that since the original Carrie'!'. This game is a great game one of the best I've played on the DS out of 10 this game gets a 10. 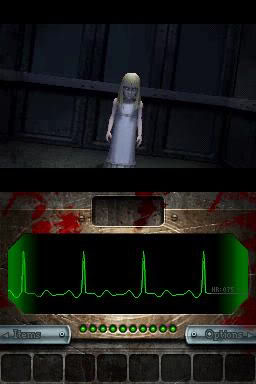 Nice job on this review though...

Re: Dementium The Ward A Review By KingreX32
July 23rd 2011, 4:05 pmJnes5
Oh ! and by the way, you should maybe replace the first gameplay picture in this review since it's kind of gory...

Re: Dementium The Ward A Review By KingreX32
July 23rd 2011, 6:33 pmSneaker
I loved the game. Very creepy. But somehow I stopped playing. Maybe I need to pick it up again because I loved the atmosphere.

Pics are fine. It is a gory game, so why replace them?

Re: Dementium The Ward A Review By KingreX32
July 24th 2011, 11:37 amInuyasha4z2
I also enjoy this game keep these fantastic reviews coming wiiwarewave staff!

Re: Dementium The Ward A Review By KingreX32
July 24th 2011, 3:27 pmKenshin A-Go-Go
This game rocks and your review is awesome too

Re: Dementium The Ward A Review By KingreX32
September 10th 2013, 4:47 pmUlqiorrathegreat
I didn't think that this game was all that scary, but I will give it credit for having some rather unique game play features.