Bub And Bob Are Back With Friends! 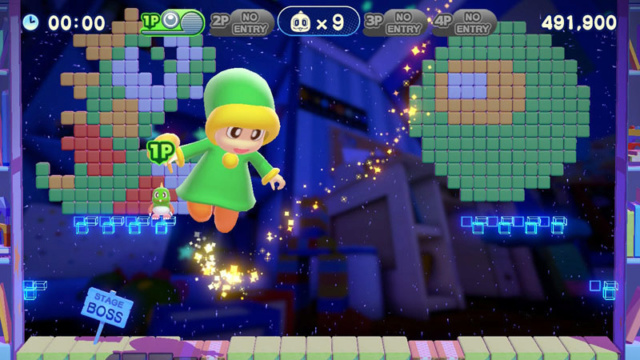 Developed by Taito and published by PR Hound, Bubble Bobble: 4 Friends is a delightful throwback of the classic 80's arcade game, but does this new release live up to the original? We think so and here's why: 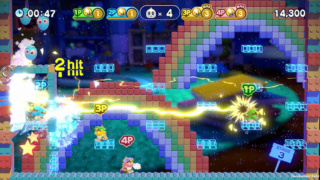 Bubble Bobble 4 Friends has frantic and highly enjoyable gameplay for 1 to 4 players where you must encase enemies in bubbles and then pop them to defeat said enemies much like in the arcade game back during the 80's. Bonus rounds are back and just as fun as ever, and there are tons of new power-ups to help you defeat your enemies. All in all, the game is a blast that faithfully recreates the nostalgic feel of the original Bubble Bobble. That said as good as the game is, the game is SUPER short and clocks in at less than half the length of the original "game-time not the number of stages" which is the main reason why this game isn't receiving a perfect score.

The entire Bubble Bobble classic arcade game is included in this title which we highly recommend playing! The difficulty is pretty easy and the controls are intuitive and easy to learn which is always a good thing in our opinions. As for the audio-visual presentation, Bubble Bobble 4 Friends has colorful and detailed retro themed graphics that feel like a perfect blend between retro charm and modern flare and it really stands out. And the soundtrack is bubbly and cheerful which fits the game perfectly! 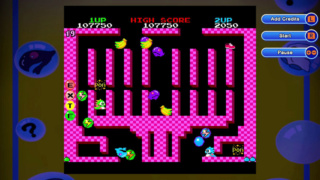 Bottom-Line: With great gameplay, flawless controls, and an excellent audio-visual presentation, Bubble Bobble 4 Friends will have you hooked from the get-go, while the inclusion of the original 80's arcade game will keep you coming back for more! The only negative aspect of this game is that the new content is pretty short due to quicker movement and other adjustments and can be finished in a half an hour which does hurt the overall score of the game, but even so we give the game a good level of recommendation!

Re: Review: Bubble Bobble 4 Friends (Switch eShop)
April 22nd 2020, 11:18 amTalesfanatic
Awesome review. I had Bubble Bobble Plus on WiiWare and all of its DLC and I had a blast playing it so I will download this soon.

Re: Review: Bubble Bobble 4 Friends (Switch eShop)
June 12th 2020, 7:38 pmNeptune
I grew up with Bubby and Bobby and would spend hours putting quarters in the machine. I completely agree with your score @Towafan7.