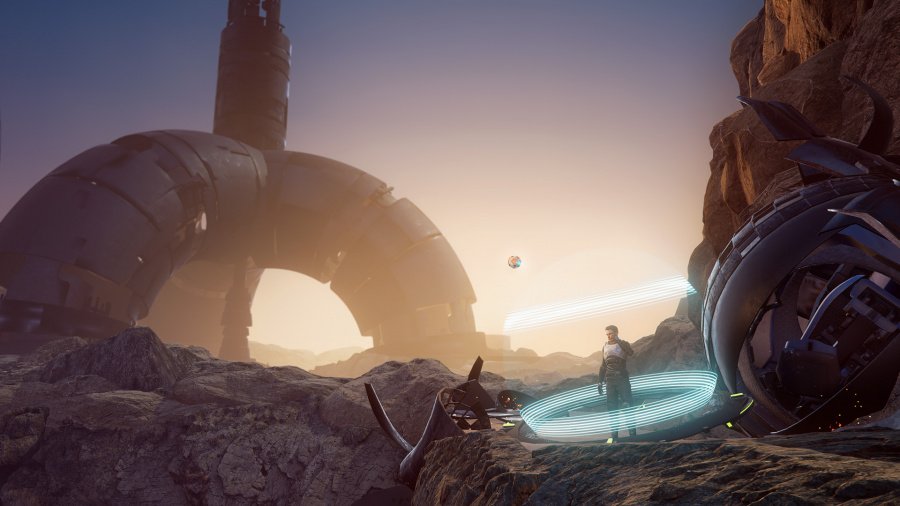 Ok let’s review this game, when I played the demo for this game I was excited and intrigued because it seemed like a game were you would need to survive and would need to venture out and find many means of survival. However after playing the full game after 3 hours or so it all went downhill, let me explain, basically you start in a sort of drop ship falling down to a planet and it seems while in mid air you were in the process from awakening cause you were asleep but the drop ship gets torn apart and it crash lands. After landing you get attack by a monster that flies and you quickly get out, you are then greeted by a little robot or drone that got damaged in the crash and can’t remember his name or purpose and your character can’t remember anything either all he has is a photo of him and his wife and son. 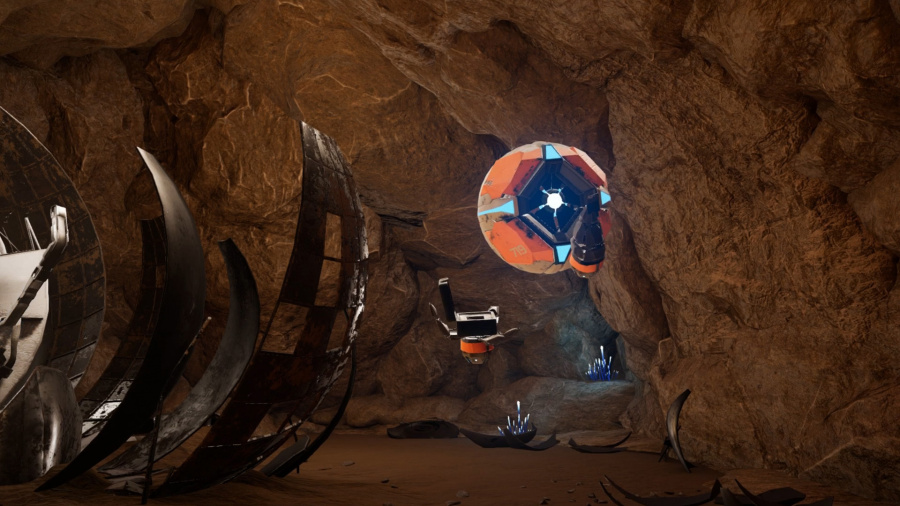 Essentially the drone explains the basic controls of how to use him to scout places, that in order to control him you need to be inside a ring the creates a barrier that protects you from harm, that’s basically how the entire game works you walk a little, get stuck by a wall or something similar and you have to look for a “safe zone” activate it and then use the drone who calls himself newton  and always find 3 energy core to boost his shockwave and even thought he tells you  that you only get 3 shot to brake the wall, it’s so simple and easy you had to be a complete moron to miss the shot on a big wall and even if you shoot it in 1 shot the other 2 just disappear.

As you progress in the game the main character starts getting flash backs of his past revealing what has happened.  Now the biggest problem with this game aside from the graphics which most of the time all you ever going to see is dirt and metal is that the game practically holds your hands throughout the entire game and it’s so linear there is little to nothing to explore whenever you control Newton its 90% of the time is to look for 3 energy cores to blast something out of the way with one shot which basically makes the other 2 cores useless.

The game also moves extremely slowly even when running it looks slow, and then there are part were the monster who sort of look like dragons are everywhere and you have to sneak by them which makes the game move slower. 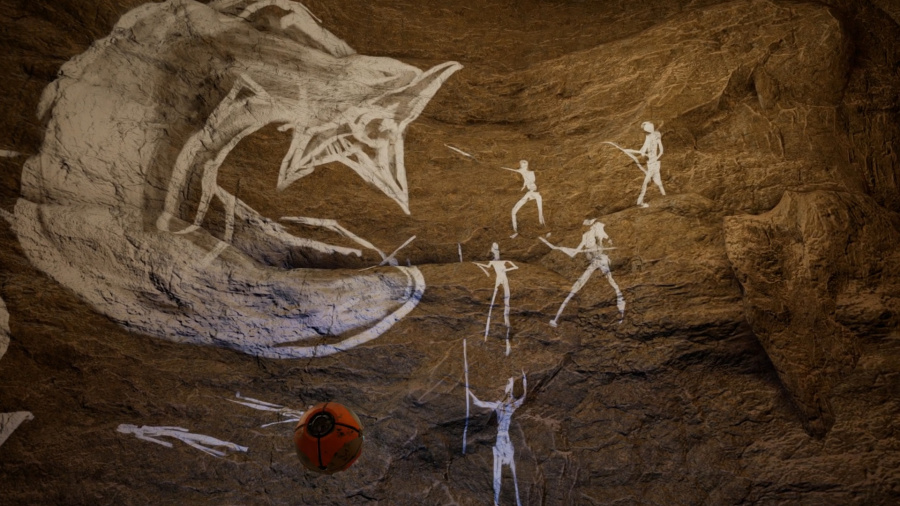 The story is actually pretty boring, basically the story is that the humans built an ark, a ship to travel to another planet because it seemed that their home planet was messed up and can no longer live there and to manage the ark they made a supercomputer with an AI called mother she was suppose to keep the human in cryo stage and drive the ark to a new planet, however since she had the ability to think for herself she studied the humans and their nature and decided that humans are a plague and they don’t deserve to live except the main character so she decided to create her own human and tried to program them to act the way she wanted but before that when the main character was put in a cryo state she had put something in the liquid of the pod to induce amnesia.

Also  at some point the main character got out of the pot and opened a gate which let out the artificial humans mother had created and they ended up worshiping mother like some goddess but she didn’t want that so she decided to drive the ark into the sun but she needed the genetic code that was in the main characters blood to have that authority in the ship so she hacked the drones and send them to hunt him, newton since he was created by the main character wasn’t affected at first so after you finally get inside the ship you end up giving the blood sample anyway to go further into the ship, meet mother, end up giving her the authorization she needed and then tricking her in order to shut her down , then the artificial humans appear through a gate you open and give the main character a key to stop the ship from going into the sun however they didn’t know what the object did since they had little knowledge of technology, and that’s the only moment you speak with a person in the last 5 min of the game, after you stop the command of the ark, your characters passes out and then wakes up on a ship with the artificial humans and one of them is holding the picture of his family and  says I think know where the wife is and that’s it the game ends there with a “the end”.  The story was too generic and disappointing and I tried to summarize most of it because it left a lot of unanswered questions 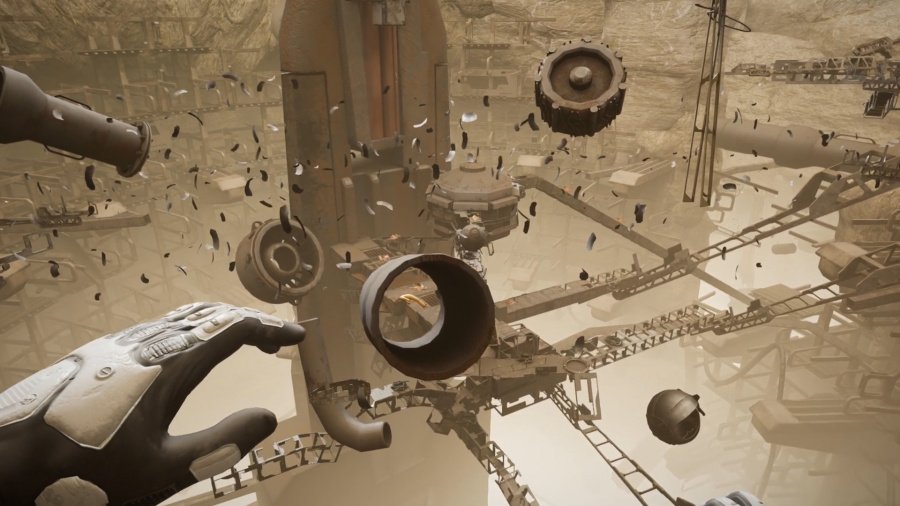 Bottom-Line: The game did have objects you can get in certain places but everything looks the same and so boring that I didn’t bother to look I just occasionally found some. Also this game uses the ps4 controller not the PSmove. So I give Eden Tomorrow a poor level of recommendation due to the boring story, having little freedom to really explore and the game being completely linear while holding your hand. The camera was fine, however.

Re: Review: Eden-Tomorow (PSVR)
on March 11th 2019, 6:15 pmNavi
Well that sucks. I had high hopes for this one, man the PSVR has such a mediocre selection of games to choose from.

Awesome review by the way

Re: Review: Eden-Tomorow (PSVR)
on March 13th 2019, 4:35 pmarmerocks
Staroceancrazy uhm i dont remember how long since i did not do it in one sitting or record it, but think maybe 25 hours or so since the game is realy slow.

Re: Review: Eden-Tomorow (PSVR)
on March 13th 2019, 5:43 pmStaroceancrazy
It's long but boring. I was on the fence, but I'm going to pass. Thanks for answering my question @armerocks

Re: Review: Eden-Tomorow (PSVR)
on March 13th 2019, 5:52 pmInoue79
Another lemon for the PSVR? Sigh, the platform rarely gets anything good.

Re: Review: Eden-Tomorow (PSVR)
on March 25th 2019, 8:56 pmAnime_Gurl
Wonderful review! ^-^
Permissions in this forum:
You cannot reply to topics in this forum