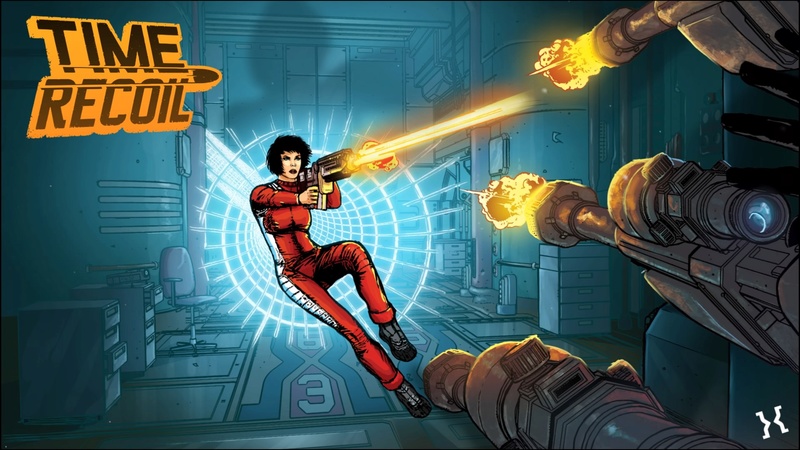 The story of this game is really good. I mean good enough to appear on ABC station or probably showtime. This game reloves around time travel, it all begins in the year 1973 a lead scientist named Alexa who's is working on her latest experiment #42   which involves time travel. The experiment goes wrong and explodes around her.  Somehow Alexa survives the failed experiment.

When her boss Mr. Time finds out he tells her to try again. But she refuses to comply, angry at her response she is thrown in captivity and tortured. In the year 1981, a man named Bishop suddenly appears out of nowhere and explains to Alexa if she wants to live to follow him into the portal. After exiting Bishop is gone but you end up in a strange building. The people inside the building informs you that the world is a dead and broken place and the man responsible is your former boss Mr. Time and you are the only person who could stop him. 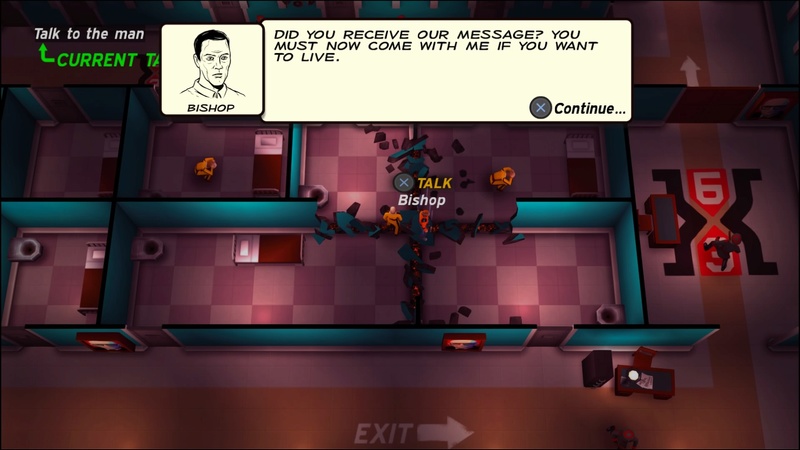 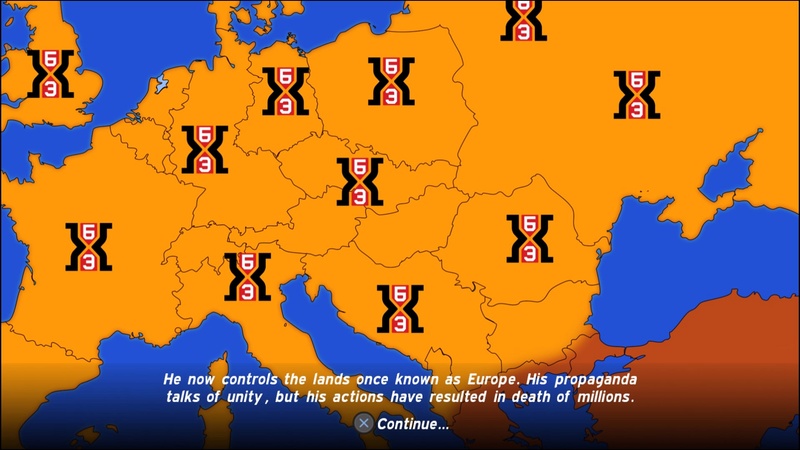 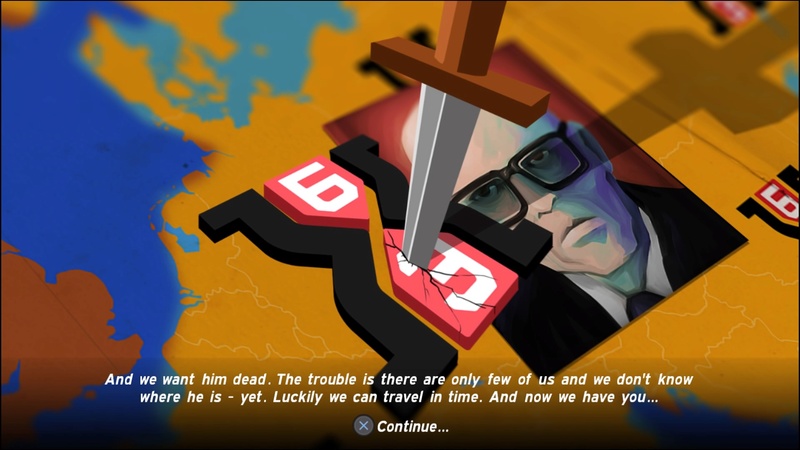 This is your main objective.

This is a top-down shooter which is comparable to games like Hotline Miami and the classic Grand Theft Auto 2. For those unfamiliar with top-down shooters, the game is angled from a bird's eye view which allows the player the see all the action from above the character's head. If you take one hit you are dead, You can retry the mission an unlimited amount of times. In this game, the player takes control of Alexa the escaped scientist once the player reaches the resistance headquarters the Director will be the main one giving you missions on what to do. These missions will progress the story and they involve a lot of time traveling since he's already conquered the world and the only way to beat him is to go back in time and undo his plans. These missions range from stealing important documents, taking key scientists vital for success and assassinations. 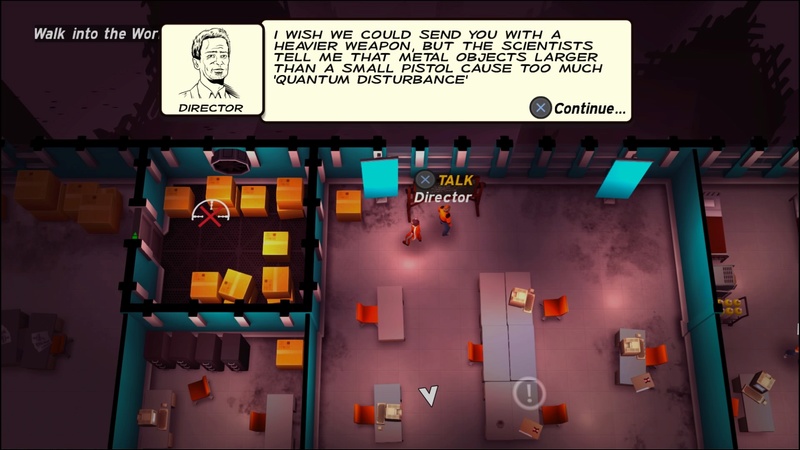 You always start with a pistol since the base time machine sucks!


The controls are very simple in this game. Left control stick moves Alexa, the right stick is used to face her in the direction you lean the right stick to. X is to confirm, R2 is to shoot and L2 is to use her crazy time powers. Throughout the story, Alexa will be able to learn new abilities that will help in the success of missions. She begins with her passive ability (Always active ) which allows slows down time around her when she gets a kill. The more enemies she defeated the more time will slow down allowing Alexa to move quicker than enemies and the environment around her. However, if the player takes to long to take out the enemy time will revert back to normal. Her first ability allows her to dash which she breaks the molecular structure of the objects or people who are in front of her causing an explosion. Later on, her powers get real crazy causing time explosions out of nowhere till pulling off stunts you will only see in the movies. The only negative thing I can say about the gameplay is that it is too short. 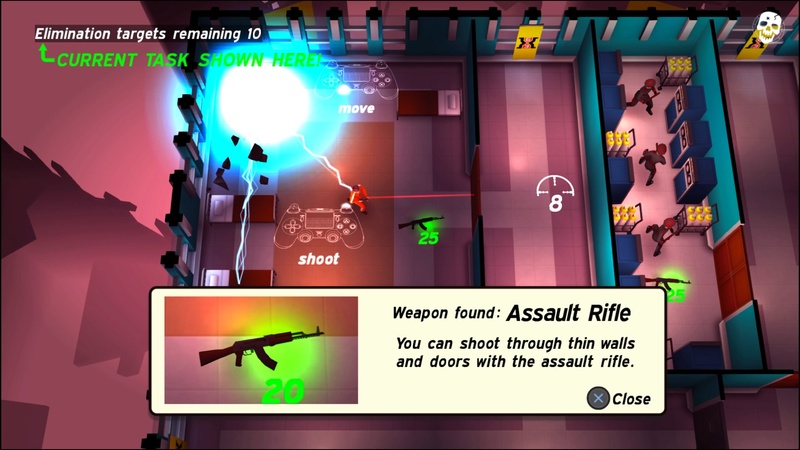 Don't worry you can find better weapons in the missions themselves.

And no you can't go back and time and kill him before the events happen which is due to the resistance time machine can't go back far enough nor can keep a timeshift for that long and he vanishes for years at a time without a trace making it difficult for an assassination attempt. 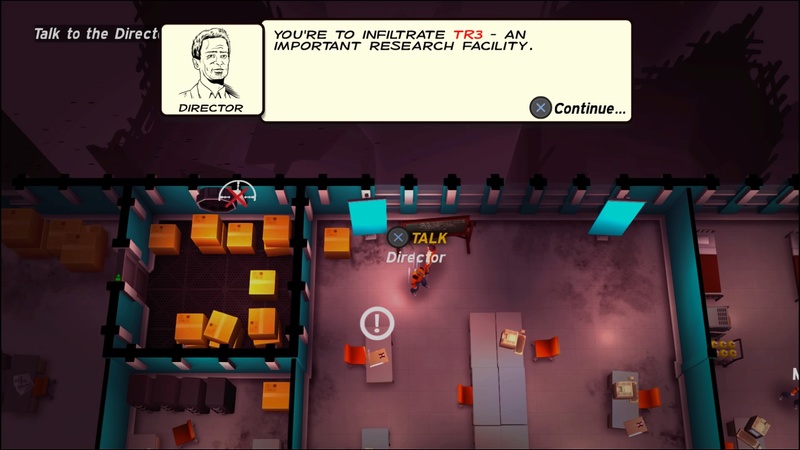 The graphics could have been done better. The biggest issues with the graphics are that the character models needed more variety of enemies and locations. Another issues I had was the  look the main character model it could of been a bit better or more detailed.  Other than that the comic book style pictures where they have dialogue is pretty cool.

The soundtrack is a mix of techno and cyberpunk music which works out pretty well.  It fits a lot of the game scenarios including key moments of the story.

I found the game to be quite enjoyable for what it is.  The gameplay was smooth and it was very action packed.  Some of the later missions really had me to think long and hard about how to progress without getting killed. My only complaints about the game are that it is very short and the character models.
Share this post on:

Re: Review: Time Recoil (PS4 PSN)
March 12th 2018, 11:37 amTowafan7
Thanks for reviewing this game and continuing to support our website with amazing exclusive content!

Re: Review: Time Recoil (PS4 PSN)
March 13th 2018, 9:38 pmNell TU
Good review. I might download Time Recoil if it's available in my homeland of Germany.