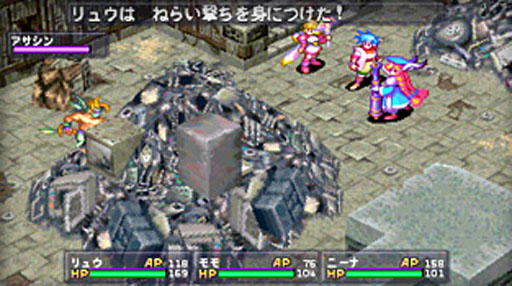 What is it about?
You start out as a young Ryu, a silent protagonist Brood (people who transform into a dragon), which you would wander around the world to discover the origin of your race and the truth behind the God’s genocide of the Brood race. 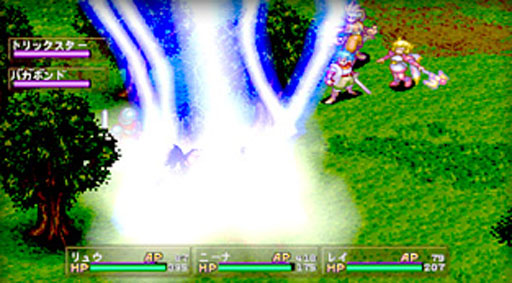 Despite being a 30-hour game, the story in this game feels incredibly short. Trying to avoid spoilers as much as possible, you spend the first half of the game playing as a young Ryu, which would eventually develop the story into his adulthood.

During the Young Ryu’s arc, I have to admit that the story is interesting as there’s a bunch of fun adventures going around. However, when you start the Adult Ryu’s arc, the story is pretty much straight forward about searching for God. From there it’s just a straight line and when you reach the end of the line, it falls flat. The story is overall mildly entertaining, but won’t leave a deep impression in your mind. 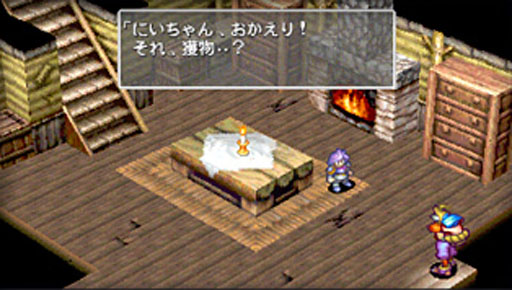 The thing I love the most about this game is the world map. You access a dungeon or an area in the map and once you’ve cleared it, you can just walk pass through it in the world map! Not only does it makes backtracking easier (you don’t need to go through the dungeon again), it also reduces the amount of those oh-so-annoying-and-easy random encounters.

But let’s talk about the battle system. For a game developed in 1997, the battle system is quite innovative for it’s time. You got the standard attack/magic/defend commands, but they also included an additional command called “Examine”, which you can learn enemy’s skills (ala Blue Mage of Final Fantasy games). Not only that, there’s a Master system, which if you set your characters to apprentice under your choice of Master, they will gain (or loss) additional stats and also learn new skills. For example, you can set your magic character to be train under a High HP and Def Master and make your magic character super tanky. It involves good planning so that your characters will have an edge in battles. Let’s not forget that since your MC is a dragon, you can mix and match different genes (which were found throughout the map) and transform into various types of dragon with different stats and abilities! This adds another layer or strategy to your battle to defeat your foes. But becareful though as transforming into a Dragon will eat up a lot of your AP, which is vital for using skills or spells. Did I also mention that the auto-attack button is also incorporated to help you save up time on battles if all you do is only attack, attack and attack.

Nevertheless I have a lot of fun with the battle system, but it could be frustrating at times because of the difficulty and how the enemies will only tend to target your weakess character in the party. That’s really uncool, bro. 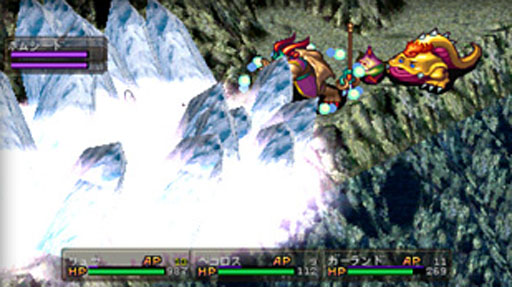 Music for the most part is memorable and enjoyable. It certainly fits the cartoonish world perfectly. However, it is not high-level amazing (definitely not Nobuo Uematsu level). Still, the tunes are catchy and fun to listen to. 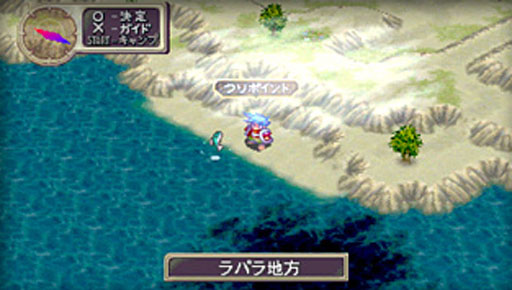 For a game that’s released in 1997, its cartoonish design is delightful to look at. There are 3d graphics used for the building structure, and it certainly doesn’t feel out of place. The map, town and dungeon design are good for the most part and it will easily draw your soul into the world. 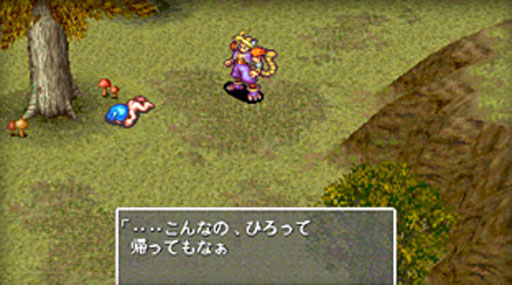 I hate to admit it, but this is my first Breath of Fire game. But on the positive side, I do enjoy it throughout the game. Unfortunately, the story is too direct and short that it really makes me want to crave more out of it. I guess I just have to satisfy myself by playing other Breath of Fire games. 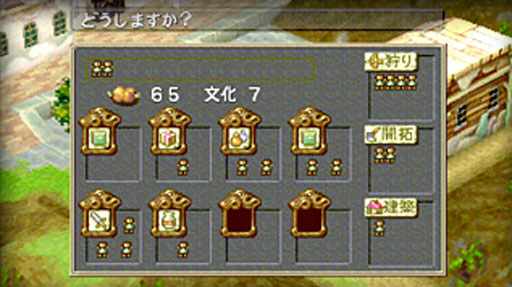 Will I replay the game for a second time?

Unfortunately the answer is no. The random battle is difficult at times which makes it very frustrating to get through the dungeon, and sometimes you have to play through some annoying mini-games to proceed on. (I swear to god, it was the AI’s fault that broke the rope at the beach! It’s not my fault!).

I am just glad that I was able to add this rpg to my list of completed RPGs, and I certainly have tons of fun with the battle system. If the random battles and the mini-games can be tweaked better, and with a better written story, I might come back to this game again. For that reason, this game won’t be in my “RPGs that need to be replay” list for a long long time.

Re: Review: Breath of Fire 3 (PSP Retail)
+
October 2nd 2017, 12:38 amKeAfan7
Awesome review @Ryoutak! I'm impressed. Breath of Fire III is actually the only game in the series, besides that mobile title that I haven't played yet. Perhaps I should purchase the game from PSN before it eventually gets removed?

I have always been a fan of the series so I completely agree with your review @ryoutak lol.

Re: Review: Breath of Fire 3 (PSP Retail)
+
October 2nd 2017, 1:28 pmSuperVash
Sweet review dude. I didn't get into the series until this game and have been a fan ever since!

Re: Review: Breath of Fire 3 (PSP Retail)
+
October 2nd 2017, 4:38 pmAmufungal
Nice review @ryoutak. It is neat that new reviewers like you are joining the team.

@Reanfan has been the lone reviewer here since @SKTTR and @Gamergy left about a year or so ago.

Re: Review: Breath of Fire 3 (PSP Retail)
+
October 2nd 2017, 8:43 pmDigiDestined
You make some fair points about Breath of Fire 3, but this game will always be my favorite of the series. It's probably just nostalgia though. =)

Re: Review: Breath of Fire 3 (PSP Retail)
+
October 2nd 2017, 9:11 pmNeptune
Your review is great @ryoutak! I like the fact that you didn't hold back the punches. @Reanfan is a good reviewer, but he tries to play a bit too nice.

Re: Review: Breath of Fire 3 (PSP Retail)
+
October 2nd 2017, 9:32 pmKeAfan7
@Neptune I do hold back a bit on mediocre games, but not good or bad games. That said I appreciate your feedback.

Re: Review: Breath of Fire 3 (PSP Retail)
+
October 8th 2017, 2:39 pmTalesfanatic
Breath of Fire has been a roller coaster ride for me, I hated one, liked two, loved three and four, hated five, and have no interest in six because it's only available on mobile devices. Nice review @ryoutak!

Re: Review: Breath of Fire 3 (PSP Retail)
+
October 18th 2017, 7:17 pmObjection Blaster
I have never been interested in this series, sorry. Excellent review though.