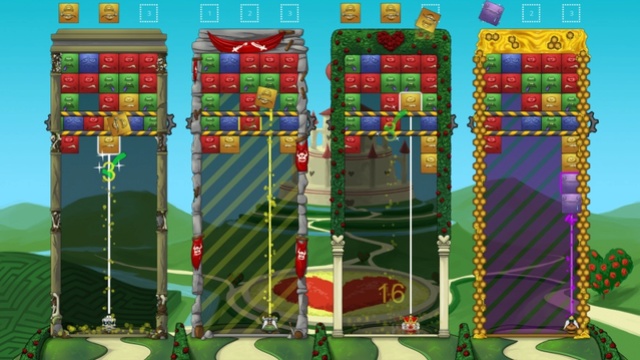 Developed and published by The Quantum Astrophysicists Guild, Tumblestone is a match-three puzzler like no other, as it possesses some of the best multiplayer action that we've ever seen in the genre as well as many unique modes of play!

Tumblestone's single player campaign starts off relatively easy, but quickly becomes exceptionally difficult to the point that the game might be too tough for the average player to complete. The multiplayer is the real draw of the game and it's among the best in the genre in that regard! There are several modes of multiplayer including tug of war, vs., and more that will test you and your friends' skills. 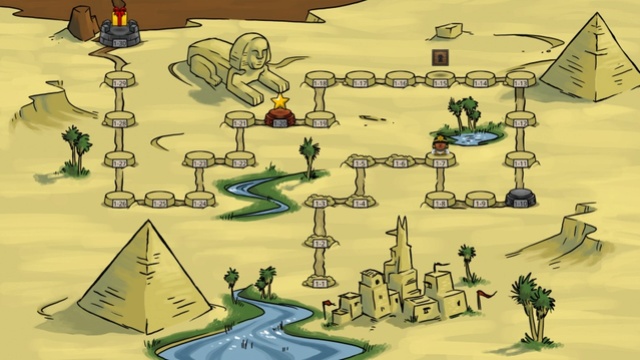 The controls are easy to learn and work quite well with the game. As for the visuals they are quite nice for a puzzler and there's quite a nice variety to the stage backgrounds, characters, and the world maps. The music and sound effects are also superb so expect a fantastic audio-visual presentation with this game!

With excellent gameplay and intuitive controls Tumblestone will immediately hook fans of the puzzle genre and the challenging difficulty will keep you coming back for more, though the biggest draw of Tumblestone is most certainly its fantastic multiplayer modes! The charming graphics and excellent soundtrack is just the virtual cherry on top! There's really no reason to skip this game if you like the genre other than its price. At $24.99 it's one of the most expensive eShop only titles, however it feels like a retail game so the price is understandable!

Re: Review: Tumblestone (Wii U eShop)
on September 6th 2016, 2:03 pmTrinity33
Good review. I don't think this game is worth its price though.

Re: Review: Tumblestone (Wii U eShop)
on September 29th 2016, 11:12 amTowafan7
Thanks for all of the positive comments you guys and gals!

Re: Review: Tumblestone (Wii U eShop)
on September 29th 2016, 2:50 pmBlueWaverJack32
Wow, a perfect score?! Now this game must be good! Brilliant review, @Ichigofan.

Re: Review: Tumblestone (Wii U eShop)
on October 3rd 2016, 10:20 pmTowafan7
@GeekyGamerZack Thanks! Btw, are you having any issues with our website on any of your devices or browsers?
Permissions in this forum:
You cannot reply to topics in this forum