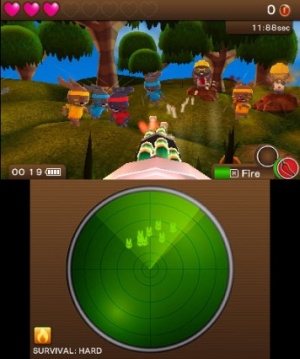 Developed and published by Nnooo Studios, Blast 'Em Bunnies is an arcade shooter that can be fun in short bursts, however a lack of content, wonky controls, and repetitive gameplay hold the title back from true greatness, however that doesn't mean that the game is a total lost cause, and here's why:

The gameplay in Blast 'Em Bunnies is straightforward, you must shoot the enemies who just so happen to be adorable bunny rabbits. The level of difficulty can range from easy to moderately difficult which is to be expected from a title of its nature, however the game has several major flaws which hurt the game's overall score... 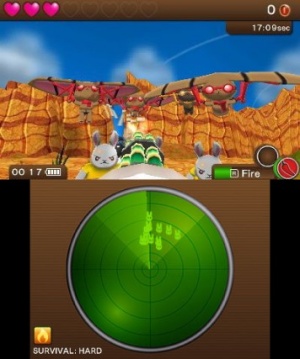 The gameplay is very repetitive as there just isn't much variety to the game's one stage, "that's right one stage" if you want to play additional stages you must purchase the paid dlc packs. The lack of content really hurts the replay value of the game. The controls are also incredibly wonky and very sensitive which makes playing the game a serious chore.

The audio-visual presentation on the other hand is really nice with adorable enemies and a colorful and cheery stage design the game truly looks great, while the sound effects and music are also quite fun and cheery! 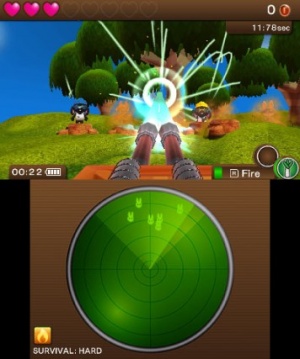 With repetitive gameplay that can be fairly enjoyable for short periods of time and an excellent audio-visual presentation, Blast 'Em Bunnies had the potential to be a solid 3DS eShop title, however poor controls and an utter lack of content really hold this game back and negatively effect our opinion of Blast 'Em Bunnies. It can be fairly fun for short bursts so we give the game a poor recommendation rather than a bad level of recommendation.