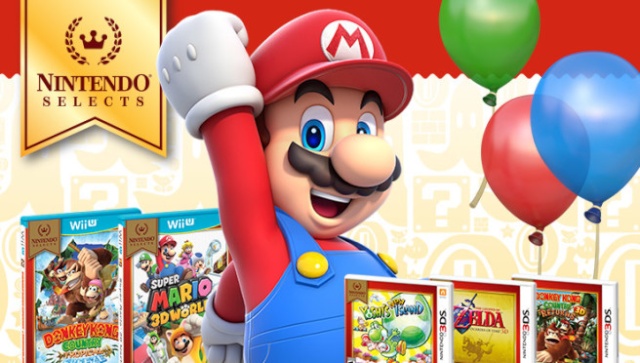 ★ The Legend of Zelda: The Ocarina of Time 3D.

On top of the retail discounts, two first party Wii U eShop exclusive titles have also received a permanent price-cut to $9.99 in the US, $12.49 in Canada! Here's the full list of said games:

And lastly there're three Wii retail titles that have been added to the Nintendo Selects lineup, one of which already had a second run! These games are now available at Amazon, Best Buy, and Gamestop/EB Games for $19.99 for a limited time! Here's the full list of retail Wii games in the new Nintendo Selects line of products:

Two Tribes has officially announced that they're departing the game development industry and that their upcoming multi-platform side-scrolling shooter Rive will be releasing in September as the studios' final title. The game will also be hitting the Wii U eShop in September. Here's the reason why the crew over at Two Tribes is calling it quits:

As said, we've been working in the games industry since early 2000, making us dinosaurs, old farts, grandfathers or whatever you want to call us. This is great, because we've got a lot experience, but it also means that we act like a typical grandfather: slow and totally unaware of what is hot and what is not.

Don't get us wrong: we absolutely love making games, and we strongly feel that we're good at making them. However, ask us anything about new industry developments, and often a big question mark will appear above our heads.

For example, we are used to working with our own proprietary engine. It's technology that works great for us, but is by no means competitive with tools like Unity or the Unreal Engine. And then there are monetization strategies like free-to-play. We only know, and feel comfortable working with, the traditional model of full-priced games.

The same goes for marketing: we know how to make a decent trailer and send out a press release… but have no clue how to get traction on YouTube and Twitch.

Long story short (grandfathers like to digress!): when running a company, you need to be on top of your game, not just in terms of the product you're making, but business-wise too. And we just aren't on top of the games business anymore.

Therefore, it makes sense to focus our attention elsewhere, perhaps even outside the games industry. We simply don't know yet; but we do know that RIVE is going to be our parting gift to you and we're making damn sure it's going to be an awesome one!

It's such a shame that such a longtime competitor in the indie scene is calling it quits, but such is life, we wholeheartedly wish their team the best in their future endeavors!

Aksys Games has announced that the developer Look At My Games' platforming action-RPG, Chronicles of Teddy: Harmony of Exidus will be hitting the Wii U eShop on March 31st of this year! Here's the official detailed overview of the game:

Detailed Overview wrote:Aksys Games and LookAtMyGame proudly announce that Chronicles of Teddy: Harmony of Exidus will be available for digital download on the PlayStation®4 computer entertainment system 3/29/16 and Wii U™ 3/31/16. Action adventure RPG elements fuse together with lavish visuals to create a nostalgic world unlike anything you've seen before.

Navigate your way through hordes of nefarious monsters and massive boss battles in retro pixelated 2D glory! Solve puzzles, converse with locals and gain skills to restore hope to the once peaceful Exidus. Hidden items, secret areas and bonus quests round out the 30+ hours of gameplay!

★ Bring on the Bad Guys! – Giant bosses and vicious monsters will test your might as you fight to save Exidus. - Develop your skills and adapt your tactics to gain the edge over evil!

★ Musicom – Communicate with monsters and villagers by collecting runes and mastering their arcane language!

★ A Trove of Treasures – Bonus unlockables, secret items and extra quests add extra depth to the gargantuan journey before you!

We'll let you know more about the game and will reach out to the developer for a potential developer's interview, in the weeks ahead! 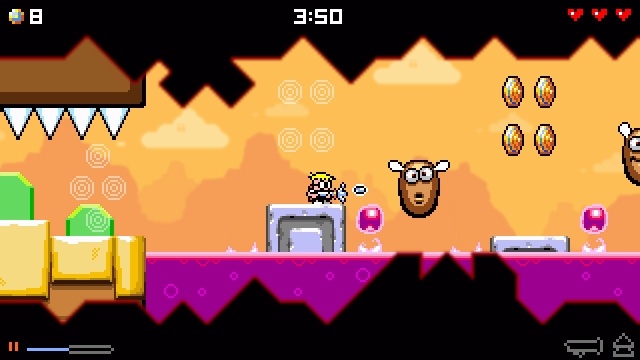 Renegade Kid's, Jools Watsham recently announced that his upcoming Wii U and 3DS eShop title Mutant Mudds: Super Challenge, which is a super challenging follow-up of his ever popular Mutant Mudds title that put his studio on the map, will be hitting the eShop next Thursday! Here's some of the official release details regarding the game:

★ Cross-buy: Buy on Wii U and get 3DS free, and vice versa

★Promotion: Loyalty Discount - Save 15% if you own the original Mutant Mudds or downloaded the Nindies@Home Preview demo - offer available for first 30 days of launch. 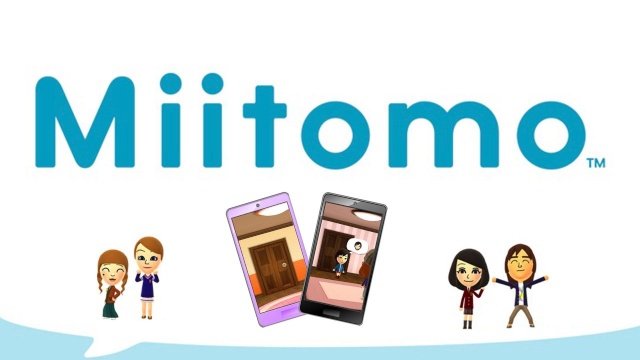 Nintendo of Japan has announced that their mobile social media app Miitomo will be launching in the region on March 17th! We'll be sure to let you know more information regarding the app itself once it releases in Japan and we have a better understanding of how the app will work!

What did you think of our first weekly e-zine? Be sure to let us know and of course discuss about the various news stories in our comment section below!

Re: WiiWareWave Weekly Edition: Volume 1 - March 11th of 2016!
March 14th 2016, 10:09 pmTowafan7
@KingreX32 Could you please make a mock magazine image for this weekly exclusive feature? Something that looks professional! Add the image, as well as the description of what this exclusive feature is all about in the page listing all of our exclusive features.

We'll need a similar image and description for the WiiWareWave Weekly Edition: Nindie Midweek Indies feature that will go live every Tuesday morning at around 12:00 AM PST.