Could Use Some Jeweler's Polish. 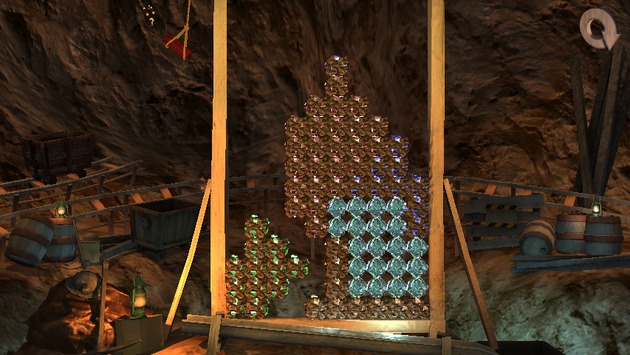 Jewels have been a common staple in games of the puzzle genre, and the same is true for Gemology, but the game is no simple match three puzzler like most Jewel-based puzzlers! Is this a good thing though? Keep reading to find out!

The puzzles in this game require some strategy or alot of it "especially later in the game!" This level of challenge is one of the game's strong points for sure along with the cameo stages that feature certain unique patterns such as a Pac-man ghost and many more. The gameplay is simple, but your limited amount of turns will test your strategic planning skills. 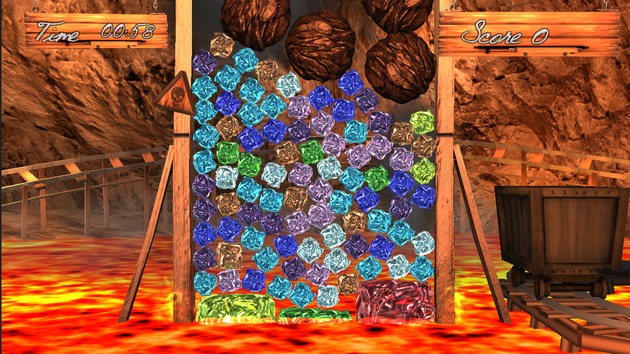 The game has a relatively small amount of stages for a puzzle title and isn't all that special in really any aspect other than being refreshingly difficult, however it is one of the better puzzle titles on the Wii U eShop though that's not saying much when there are only three noteworthy puzzlers on the service.

The controls are silky smooth and the audio-visual presentation is quite good, however the music can be somewhat lacklustre at times. 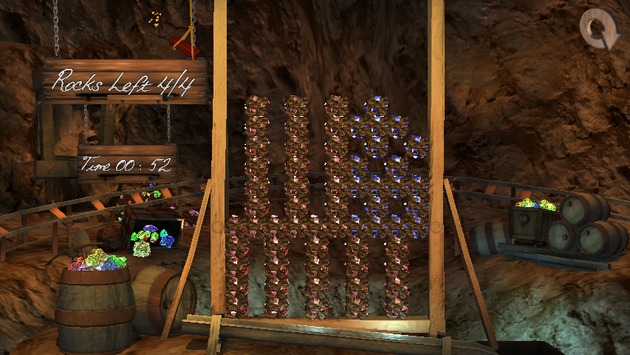 With solid gameplay that's refreshingly challenging, excellent controls, and a decent audio-visual presentation Gemology has its good points and is among the top three best puzzlers currently available on the Wii U eShop, however there's nothing really unique about this title which is a bit disappointing, however it doesn't affect our opinion of the game! We give Gemology for the Wii U eShop a solid recommendation!

The Pacman cameo is awesome!