An Exciting Adventure Into The Unknown! 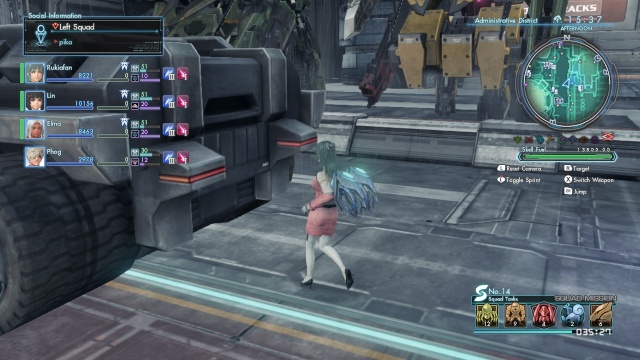 You'll first have to set in-game options and create your own avatar before you get started. You'll quickly be thrusted into combat after a few cut-scenes. The basic combat is very similar to that of the original Xenoblade Chronicles, which is a very good thing! For those who don't know, Xenoblade Chronicles X uses a style of combat similar to those in popular MMO's such as Aura Kingdom, etc. Each art has a cooldown period in which it can't be used and a secondary cooldown period which allows you to boost the power of the art by waiting longer to use it again! 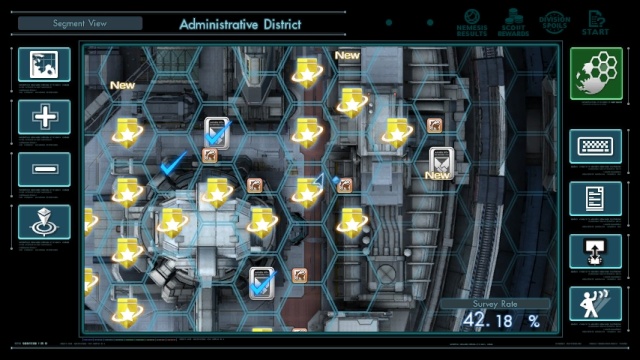 The game also possesses an item creation system, though it's admittedly somewhat limited, but you can create some excellent weapons, armor, and Skells through the item creation system. The augmentation system from the original Xenoblade Chronicles is back which allows you to further customize your equipment and Skells by adding special effects and stat bonuses to them!

The game is absolutely colossal and will easily take 80-100 hours just to beat the main story and with thousands of map secrets and roughly a thousand missions the game will likely take completionists upwards of 300-500 hours to complete. And that's not even counting the online missions and Global Nemesis' which awards players unique items and allows them to play together with friends and random players from around the world! 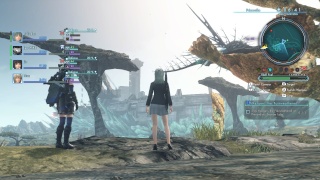 To put into perspective the scale of the game's world, after 130 hours we only managed to explore 31% of the game's massive world! There are some nods to the previous entry in the series such as Nopons, Telethia, and other returning races and monsters, but most of those found in the game are new to the series!

The controls in the game are really complex, however once you learn them they're easy to remember and more importantly very intuitive! The Gamepad is used as an exploration map and that feature will be used alot in the game! The game also supports Off-TV-Play, however the exploration map isn't available while using this feature, which can be somewhat annoying. 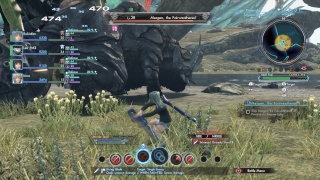 The Skells will play a very important role later in the game and are an absolute blast to use. You can fully customize your Skell with various weapons, armor, and can even give your Skell a custom paint job!

The game also utilizes a Job Class system which allows you to alter your character's arts, and skills, as well as changing what kind of weapons he/she can equip! Each job is completely unique and each has its own strengths and weaknesses. 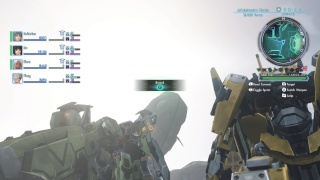 Skills boost certain stats or boost the power or effectiveness of certain arts under various circumstances and can be extremely useful! Soul Voices are another power your characters possess and it can temporarily boost stats, heal party members, and even inflict status ailments on enemies under certain circumstances! Effective use of Soul Voices is pivotal to winning tough battles!

Lastly you'll obtain a power known as overdrive after a certain point in the game! This power boosts the speed in which arts cooldown and also allows a third cooldown level that further boosts the power or effects of an art! Overdrive uses up a massive amount of TP so use it only when necessary! 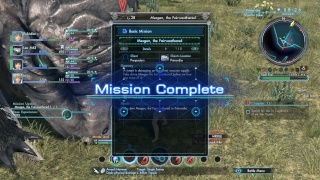 Visually the game looks absolutely incredible, the monsters, and characters, as well as the world itself are so detailed that you'll think that you're playing a PS4 game! The scale is also absolutely mind-blowing as the world is actually larger than New Zealand and the Aussie island of Tazmania combined! Some initial reports claim that the world is over 500 square miles in size!

The audio, however is a mixed bag with absolutely incredible voice acting from some of the most talented individuals in the industry, while the music was something of a letdown. Don't get us wrong the music is definitely solid, but compared to the original Xenoblade Chronicles, which perhaps had the best sound-track in video game history, the music in X just doesn't compare. 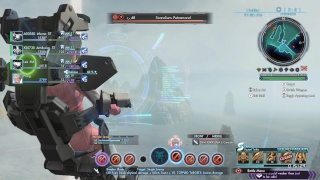 With flawless gameplay, excellent controls, great use of the Gamepad, a nearly unlimited amount of content, and the best visuals that we've ever seen in a Wii U title, Xenoblade Chronicles X is an absolutely amazing game that we highly recommend to everyone. The sound-track on the other hand was a bit disappointing and if you purchase the physical retail version of the game you'll absolutely want to download the data packs from the eShop to avoid agonizingly slow loading times. Still we think that Xenoblade Chronicles X is extremely close to perfection which is why we gave the game a near-perfect score!

Re: Review: Xenoblade Chronicles X (Wii U Retail)
March 29th 2016, 5:54 pmKingreX32
the only reason i havent reviewed this game yet is simply because its too big.

Re: Review: Xenoblade Chronicles X (Wii U Retail)
April 19th 2016, 6:50 pmTowafan7
Wow! There's nearly five pages of comments! Thanks for all of your support everyone!