Getting The Job Done! 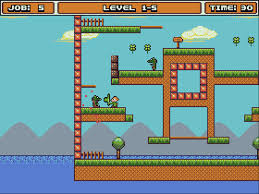 Developed and published by Herrero Games Job The Leprechaun is a retro arcade-style platformer that shares some characteristics of early NES platformers such a Mappy-Land, but is it worth downloading? Keep reading our review to find out!

Job The Leprechaun is a fairly short game, but it has quite a bit of charm. The objective of the game is to collect every shamrock in each stage and reach the exit before time runs out. The game starts off easy, but becomes quite difficult later on. There are also a few bonus stages as well which are somewhat enjoyable. 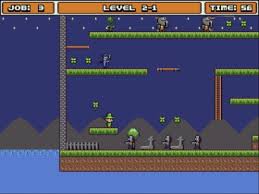 The controls are pretty straightforward and are quite responsive, the game also supports the Wii Remote "held sideways" and Wii Classic Controller Pro schemes as well which is nice! The Off-TV-Play is also a great feature.

Now for the negatives of the game, it's way too short and can be beaten within forty minutes, and there are some minor audio issues as well. Also the game has really lousy replay value so once you beat it there isn't much reason to return to the game.

Visually Job The Leprechaun looks like an early NES title which isn't all bad, but the art-direction is nowhere near as good looking as Shovel Knight. The sound effects are also pretty basic as would be expected of an early NES game, or a game that's trying to emulate that era. The soundtrack is okay, but it only has a few songs so don't expect too much. Overall the game is about average in-terms of its audio-visual presentation. 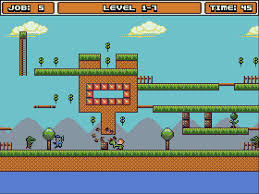 With decent and charming gameplay, smooth controls, and a good amount of controller options and Off-TV-Play Job The Leprechaun is a reasonably fun game that will likely provide some brief entertainment, however the game is very short and has some minor audio-visual issues, and the audio-visual presentation is merely average so it might not be for everyone. Nonetheless we give Job The Leprechaun a decent recommendation.

Re: Review: Job The Leprechaun (Wii U eShop)
on October 19th 2015, 5:27 pmGeekyGamerJack
Nice review as always, my friend!

Re: Review: Job The Leprechaun (Wii U eShop)
Sponsored content
Permissions in this forum:
You cannot reply to topics in this forum