Review: Badland Game of The Year Edition (Wii U eShop)

Review: Badland Game of The Year Edition (Wii U eShop) 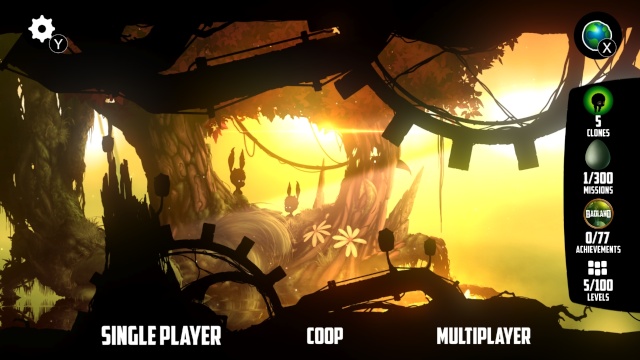 The game might be a bit too simplistic for hardcore gamers, but it's level of challenge might still draw them in!

Developed by Frogminds and published by Frozenbyte Studios (Trine, and Trine 2) Badland GoTY Edition is easily explained as a Flappy Bird type game that has far more depth then the aforementioned title. In fact we can't call it a Flappy Bird clone as this title pre-dates Flappy Bird! Basically in this game you must float up and down and avoid obstacles in your path to exit each stage, unlike in Flappy Bird most objects aren't deadly, but will slow you down and trap you which means starting over thanks to the high-speed side scrolling which forces you to quickly progress through each stage or die.

There are also many power-up's such as clones, speed-up's, slow-downs, growth, and shrink-down items that'll help you progress through exceedingly difficult areas! As for the controls they are easy to learn, but hard to master while the Gamepad features such as Off-TV-Play are flawless.

The game features over a hundred stages which start off fairly easy, but become incredibly difficult early on. The level of challenge could be a turn off for more casual players.

The graphics in the game look great and the silhouette effect will remind players of the recent Donkey Kong Country titles' silhouette stages! The stages could us a bit more variations visually, but it's nothing that hurts the enjoyment you'll get from the game. The music and sound effects are decent, but won't "wow" players. 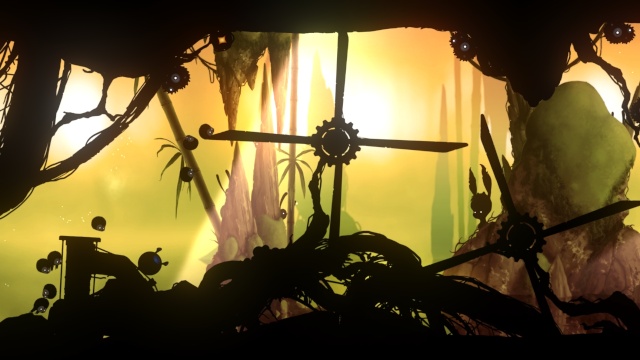 This game truly feels like Flappy Birds on steroids! The game has far more to offer than the aforementioned title, but the similarities are apparent!

With solid gameplay excellent controls that take awhile to master, flawless Gamepad features, and a decent audio-visual presentation, Badland Game of The Year Edition is a solid game that's worth checking out. However the high level of difficulty could be a turn-off for casual gamers, while the simple nature of the game could be off-putting to more hardcore gamers, but overall we give the game a solid recommendation!