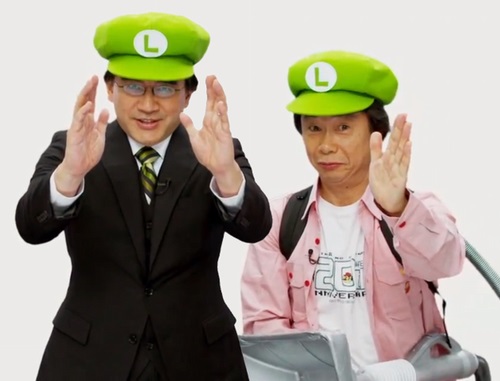 In memory of the late Nintendo president Satoru Iwata we recently got together with many indie developers to talk about the icon's life! In this several part feature we'll learn more about the legendary president through the eyes of indie developers! In this short part four we had the honor of talking to Laurent Mercure from Frima Studios "Chariot" Here's what he had to say about Iwata-san in our interview:

Our Interview wrote:Thanks for joining us to commemorate Iwata's life!

[LM]: It's my pleasure, he deserves all the tribute he can get.

Did you ever have the honor of meeting Iwata-san?

[LM]: I unfortunately never met with him. It would have been an honor.

Did Iwata-san's work in the industry influence any of your games?

[LM]: It's hard to pin-point a direct influence in the games we made at Frima. But we have to thank him for helping create a comfortable environment for indie digitally downloadable games on the Nintendo platforms ( eshop ). I think his understanding of the market helped that happen.

What is your favorite memory of Iwata @E3?

[LM]: I'd say his courage in general. Facing thousands of people to present something daring like the Wii or the Wii U knowing that many would find it odd or ill-fated.

How do you feel Iwata-san has affected the industry as a whole?

[LM]: On a scale similar to mobile gaming, his approach to broaden the audience for gaming console with the Wii is inspiring. I strongly believe, like he did, that gaming is for absolutely everyone. I think the Wii made the entire industry take a moment to think: "Are we missing something?"

What is your favorite game that Mr. Iwata personally helped develop?

[LM]: Super Smash Bros. That game was such a unique take on the fighting genre ( much like Splatoon for the shooter genre ). The game was refined and improved in the later installments but the first one is the true classic, it's where everything started.

What do you think that Iwata-san will best be remembered for?

[LM]: I think ( I hope ) he will be remembered for his authenticity, his broad approach to gaming and for bringing beloved games to life.

One final farewell to Iwata-san.

[LM]: You will be missed Iwata-san, may you be remembered for more than the recent speedbumps in Nintendo's history. Loved your Nintendo Directs.

Thank you all for participating. Hopefully we can do this again
sometime under better circumstances!

[LM]: Yes definitely, thanks for the opportunity.

We hope that you enjoyed this heartfelt interview, be sure to tell us what you thought of it in our comments below!

Re: Developer's Viewpoint: On Iwata-san's Passing Part 4: Laurent Mercure From Frima Studios!
July 22nd 2015, 10:52 pmDigiDestined
Nice interview! =)
I still can't believe that mr. Iwata is no longer among the living.

Re: Developer's Viewpoint: On Iwata-san's Passing Part 4: Laurent Mercure From Frima Studios!
July 27th 2015, 11:48 amShounenMania
Excellent article dude! WiiWareWave has been on a role with all of these exclusive features that have been released lately!