written by KingreX32. This Review can also be read here

When I first saw Watch Dogs at E3, I was impressed; it was a dazzling looking game that took place in a GTA like world with cool hacking gameplay mechanics thrown into the mix. "The city is your weapon" I believe the tag line was. I was very excited for the game even though it wasn't announced for WiiU (I didn't have my PS3 yet). So when Ubisoft announced that the game would be coming to WiiU a little while later I got very excited; so excited that I took money from my Assassins Creed 4 Black Flag preorder and put it on Watch Dogs. (Then back again on Assassins Creed once news of the Delay came along) Was it worth it?

Watch Dogs was Developed by Ubisoft Montreal and Published by Ubisoft. It was released on May 27th 2014 for PS4, Xbox One and PC, and November 18th on WiiU. 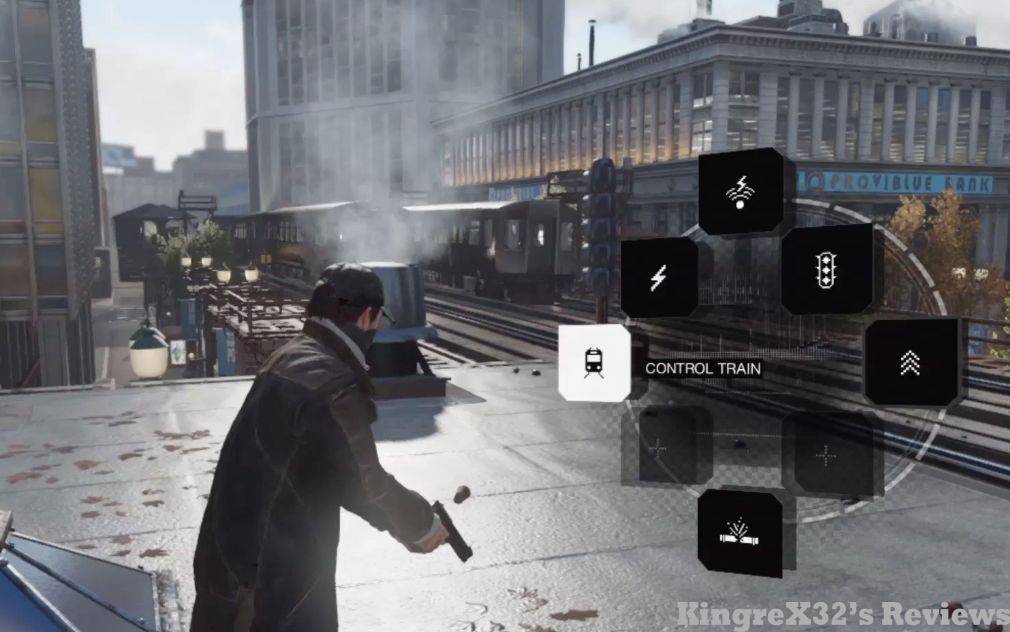 Watch Dogs takes place in Chicago and follows the protagonist Aiden Pierce. After a job goes wrong some fixers are hired to scare him. Unfortunately that job as well goes wrong and Aiden’s niece is killed in a car accident. Now he is on a mission to find out who was behind the events that lead to his niece’s death, but gets drawn into an even bigger conspiracy.

For me at first Watch Dogs was a little daunting. There are all these mechanics I had to learn and all these different controls and options and features etc. Unfortunately the games tutorial level doesn't go into too much detail about said features it just gives you a  basic rundown of the controls, a few mechanics then just throws you in. Through trial and error I eventually learned what I needed to learn but it took a while. The game isn’t hard it’s just the lack of explanation for a lot of things can prove a little frustrating. 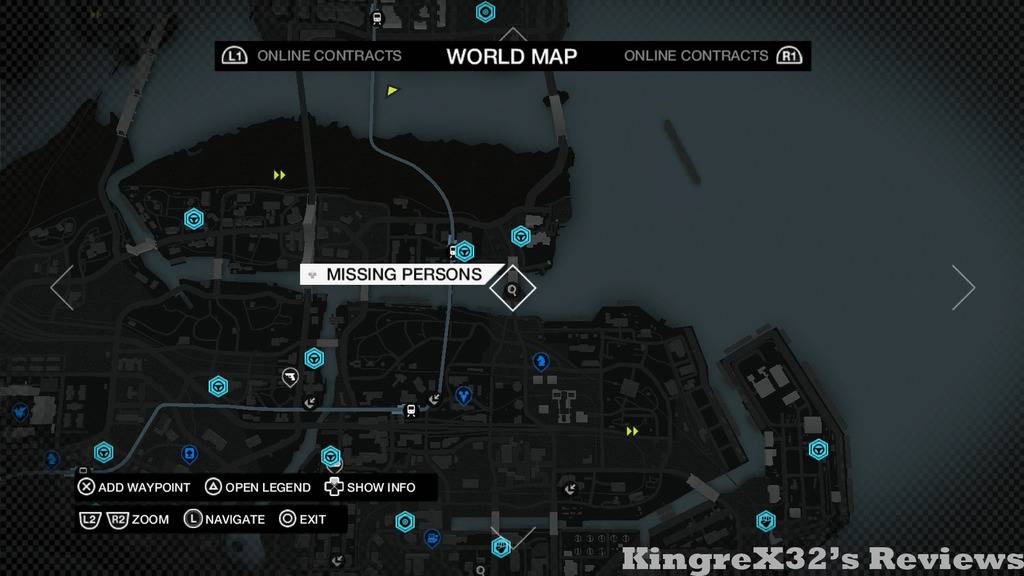 That being said once you’ve learned how to play the game starts to become a lot more enjoyable. One thing you quickly learn about is upgrades and skill points. As you can guess in order to buy upgrades you need skill points and to get skill points you need to play through the campaign or finish any one of the numerous side quests available. Upgrades include new hacks, applications and features for your phone, new skills for Driving and Combat and new ingredients for crafting new and better explosives and jammers. Because Hacking is a big part of the gameplay its best to focus on upgrading your hacking skills first. Hacking allows you access to the ctOS network, anything that is connected to the network (which is practically everything in the game) can be accessed via Aiden’s cell phone: ATM’s, Computer Networks, other peoples cell phones, Billboards, Bridges, Blockers, Street Lights, Cars, even the Subway Trains. Having access to all these things are important as you will find out later in the game that you need to use them to escape from various gang members, police and other fixers (Fixers are other hackers who are hired to take out other hackers) 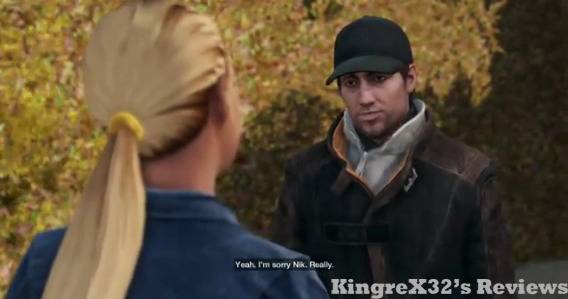 As cool as this is out of all these things the most important ones are Security Cameras; most missions will want you to hack into systems that are far away or are heavily guarded. Using security Cameras Aiden can bypass the guards and hack into systems remotely, a lot of time it takes creative thinking though as some cameras can be out of range or are mobile cameras mounted to the guards uniforms. Camera can also help you to unlock ctOS stations (opening up more of the city and unlocking more side quests) and get you to hard to reach places. It can also help with online hacking. 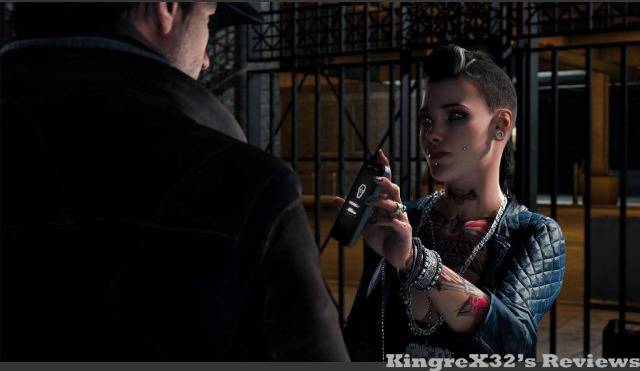 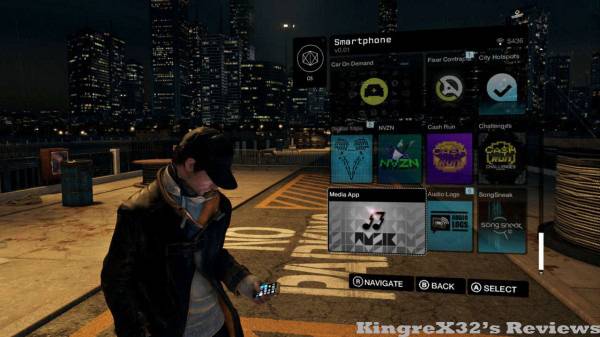 Online hacking is very similar to the multiplayer in the Assassins Creed Series. In Assassins Creed Multiplayer gamers have to remain somewhat discreet as they try to figure out who they are supposed to assassinate. One wrong move can give you away to the player that supposed to kill you. Well it works sort of the same way in Watch Dogs, you will have to hack a player, but have to do it discreetly because if the person you are hacking finds you, unlike Assassins Creed they can kill you, or run away. This is were using camera to find the person comes in handy. It all depends on how you choose to play. 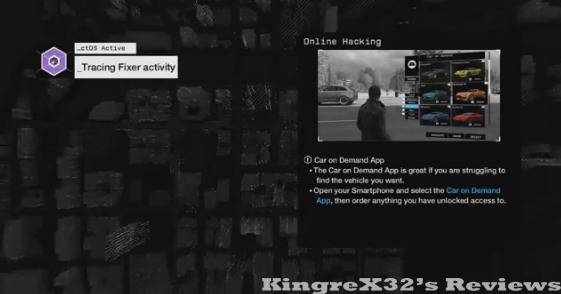 This not only happens in Online but it can happen at anytime while playing even if you are in the campaign. Watch Dogs allows gamers to secrectly join another players campaign. Players don’t have to just hack and kill each other though, littered through out the game are a bunch of smaller side activities for players to take part in; Digital Trips, Cash Run, are games with leader boards for you to leave your mark, and City Hot Spots are places in game where you can collect or leave gifts for other players. Car races, competitive decryption combat, and ctOS mobile challenge are other multiplayer games. Watch Dogs also has a mobile application that allows other nearby players to challenge each other in game.

Like most Ubisoft games on WiiU, Watch Dogs features Off-Tv Play via the WiiU gamepad, and Ubisoft’s Uplay Client. The game also has DLC add-on pack in the Nintendo eShop. Due to some mature content this game does not support Miiverse. 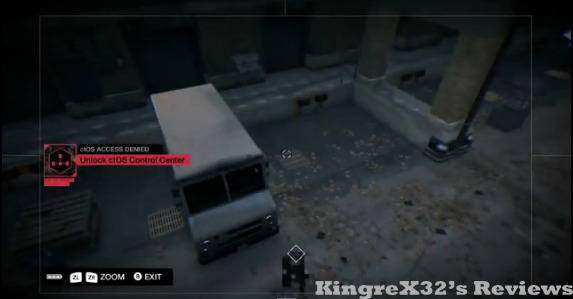 While it doesn’t look as impressive as it did at E3 Watch Dogs is still a pretty good looking game. Its smooth it runs great and I’ve experienced no glitches or programming errors. Gameplay is varied as I said above, in addition to the massive campaign and fun multiplayer there is a ton of side missions to keep you going well after you’ve finished the main game. Keep in mind that Watch Dogs is primarily a stealth game, yes you can try to Rambo every badguy you see but it will be hard as Aiden is just a civilian. Defeating enemies requires you to setup traps, and use the environment to your advantage. Control Wise the game is also compatible with the WiiU Gamepad Pro. 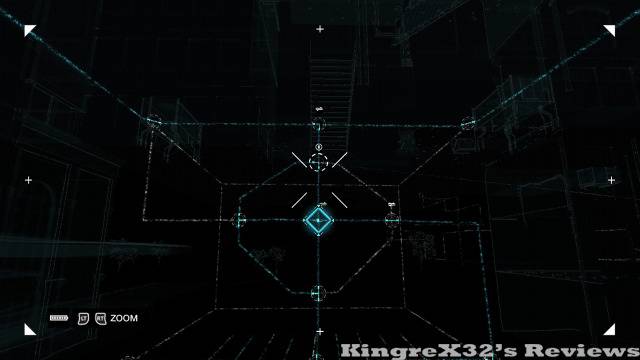 Issues ive had with the game are as Ive said already lack of direction, I don’t need to be told step by step everything I had to do but it would be nice if I got a heads up on exactly what to do next every now and then. A perfect example is the fight with Iraq in Act 4. The game says Purse Iraq, so you do, but it leads up to a roof and Iraq is no where to be seen. You walk to the side and see an option to climb down, you do, Aiden falls to his death. I eventually found out that what I was supposed to do was get to the roof, and listen to Iraq scream at you for a bit then the boss fight initiates. I died about three times before I figured that out and it was a piss off. Apart from that load times are a little long (anywhere between 20 and 50 seconds), I didn't like the fact that Aiden sounded like Christian Bale's Batman and every now and then an enemy will see you through concrete. 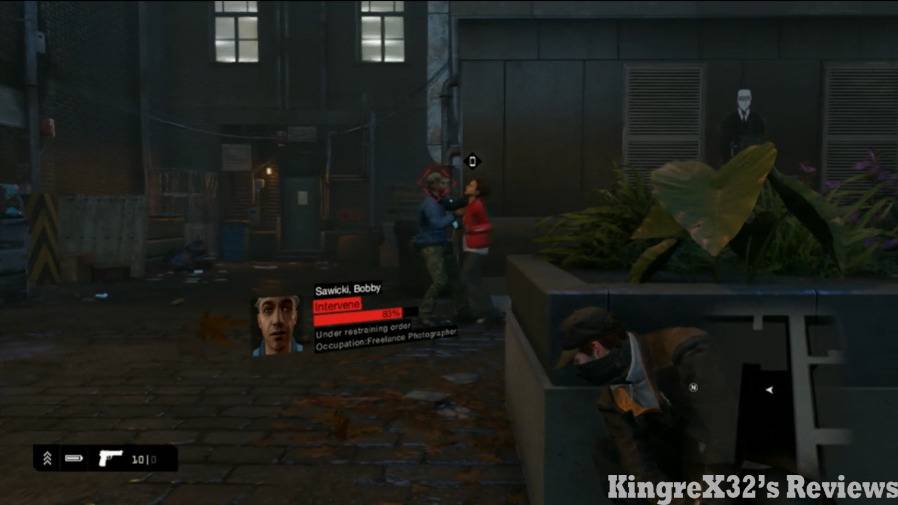 Watch Dogs gets way more hate than it deserves the game was a bit over hyped and no it’s not a “GTA Killer” as some have said. I enjoyed the missions, the side quests, and even though I lost a lot the multiplayer i still found it fun and innovative. Watch Dogs is a well put together game that runs very smoothly (especially on WiiU). The hacking Aspect of the game receives top marks in my book and I really did enjoy playing it. 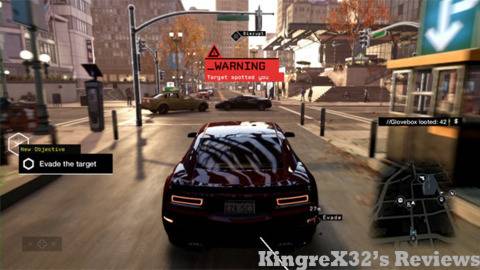 While its no Game of the Year contender Watch Dogs on WiiU get 7.5 out of 10

Re: Review: Watch_Dogs
+
June 10th 2015, 10:29 amKeAfan7
Awesome review! Welcome back dude, and thanks for publishing this review!

Re: Review: Watch_Dogs
+
June 10th 2015, 1:28 pmFuManchu
I bought the game and sold it on the same weekend. What a disappointment.

Re: Review: Watch_Dogs
+
June 11th 2015, 12:11 pmKung-fu Pikachu
I don't care for violent games. Was this even released here in the Japanese market?

Dude I just started it late last night. So that review wont be done for a good long while.

Dude I just started it late last night. So that review wont be done for a good long while.

I understand that, so is that a yes?