What tracks do you think will be announced for the future dlc packs? It can be what you think it'll be or pure fantasy it's entirely up to you

Bionis Leg: Traverse through the expansive leg of the Bionis and avoid massive beasts and mechon in this 1 lap epic course.

Faron Woods: Travel through a monster filled woods and solve puzzles to unlock shortcuts in this second Zelda themed course.

Animal Village: Race in Animal Village where your system's clock greatly effects the seasons, time of day, and even celebrate holidays in this thrilling crossover course.

Mushroom Forest: Travel through a winding track with giant wigglers and bouncing mushrooms.

Beach Bowl Galaxy: A challenging mostly underwater course that takes place in a familiar galaxy from Super Mario Galaxy. One of the toughest courses in the game.

Ribbon Road (GBA): One of my all-time favorite courses in the series.

Um...I would love a Xenoblade crossover stage that would be so much fun!

These are my dream courses for pack 2!

Lylat Spacewalk: Race through a course in space with guest appearances from Team Starfox and Team Wolf!

Dreamland Raceway: Race through Green Green Plains and Whispy Woods and finally reach Dedede's Castle at the end of this one lap course!

Animal Crossing Village: Fun yet easy course that changes depending on the time and date! A few underwater sections and one antigravity section as well!

Paradise Reef: Race across a tropical island for the first half of this one lap course and then go through a vibrant reef in the second half!

Banshee Boardwalk (N64): The classic N64 spookfest course, except it now has a ton of underwater sections and new shortcuts!

Iirc there's only 2 MK64 stages not available on current gen MK games, so I can see them finishing up those, and hopefully that'll lead into a double promo of having MK64 on WiiU eShop (making N64 games official at or before the DLC release)
____________________________
I feel unaccomplished and need to give my heart out. Where’s my Kokoro no Tomo?

passioNATE wrote:Iirc there's only 2 MK64 stages not available on current gen MK games, so I can see them finishing up those, and hopefully that'll lead into a double promo of having MK64 on WiiU eShop (making N64 games official at or before the DLC release)

Actually, the only course from MK64 not yet remade is Wario Stadium, which is already on my list.

I do think ninetndo should do more cross promo with their games, I know I'd love a Jhoto track... But that's probably never gonna happen

@passioNATE Lol. There's a rumor that just started regarding a Pokémon Crossover track in the MK8 DLC Pack 2! #TheIrony

The balance between new courses, new crossover courses, recycled retro courses and new retro courses (?) in the current add-on pack is so out of whack that it is irritating the Fronk out of my (low-moderate level of) OCD:

So the only way to ensure full, nourishing balance with add-on pack numero dos is for there to be 2 new courses, 2 recycled retro courses originally from MK64 and MKSC, 3 newly-revamped retro courses from MKDS and MK7 (plus N64 Wario Stadium) and just one crossover course, which would be New Leaf. Otherwise, Nintendo's going to be respinsible for so much OCD aggravation around the world! D: #ICanHazBalance

EDIT: And now I must deal with the respinsibility of having made that typo.

★New Leaf Drive: A casual stroll through New Leaf village with an antigravity section at the waterfall and underwater sections in the lake and by the beach.

★Pokemon Safari: Take a ride on the wild side in this Pokemon savannah complete with over 100 types of Pokemon with underwater sections and multiple paths like Yoshi Valley only even more paths that are much longer!

★Dreamland Circuit: A long race through Kirby's homeland with underwater and antigravity! 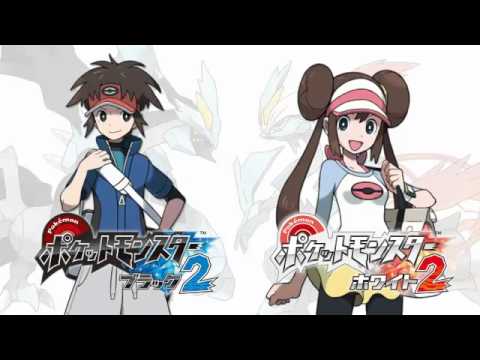 So many good choices have already been listed that I don't think that I can come up with anything better!