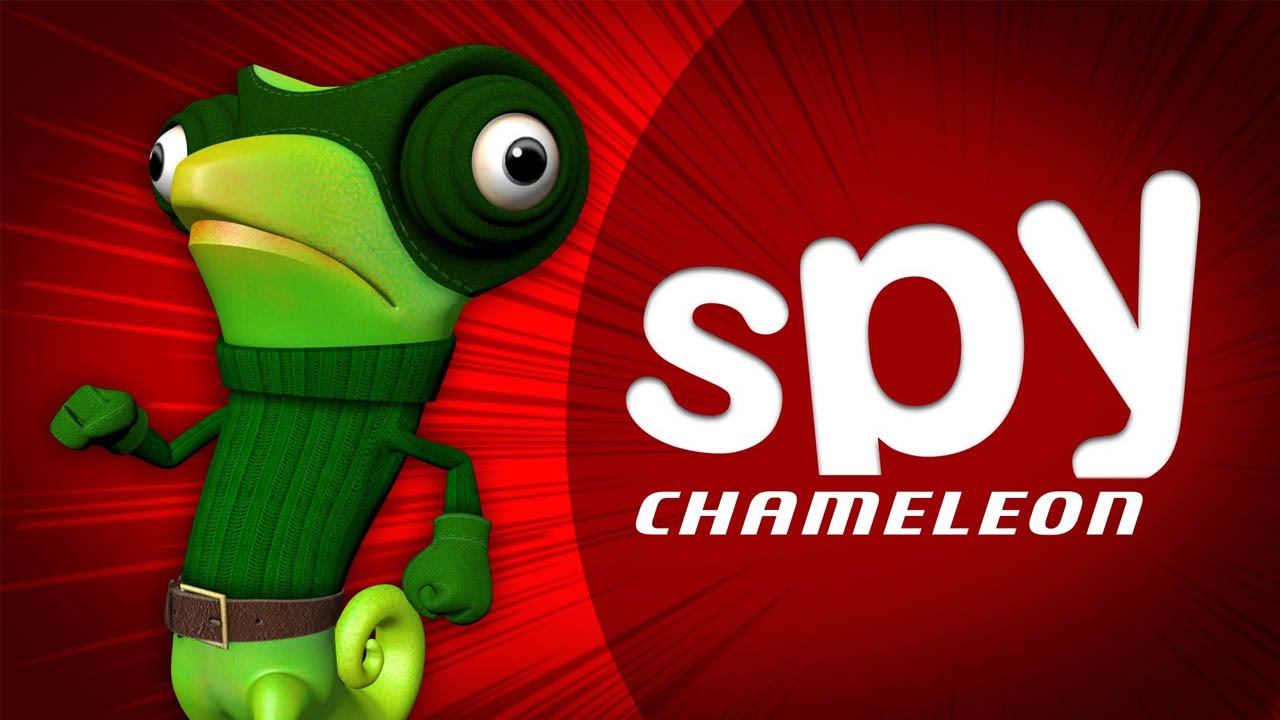 There’s an old saying that goes, “Don’t judge a book by its cover” which is true; and it is very relevant to the game in this review, Spy Chameleon. I went into playing Spy Chameleon knowing little about it, and wasn’t expecting greatness, just another indie game; however I was pleasantly surprised with how good this game looked, sounded, and played.

Spy Chameleon is all about reaching the door at the end of the level without being caught by the cameras, and there are many types of cameras to avoid. The first few levels teaches you the basics as you play the level; in the form of text on the floor (this is a top-down view game) it is a very easy to learn game, but it doesn’t hold your hand the whole time.

Once you pass the first few tutorial levels is when the game really begins. There are cameras that have a range of view, and if they see you, you start over from the last checkpoint. You, the chameleon, can change between four colors mapped to the A, B, Y and X buttons.   If the chameleon is the same color as the floor you are standing on, the cameras won’t catch you. It’s a neat feature although it takes a few minutes to memorize which button is for which color. 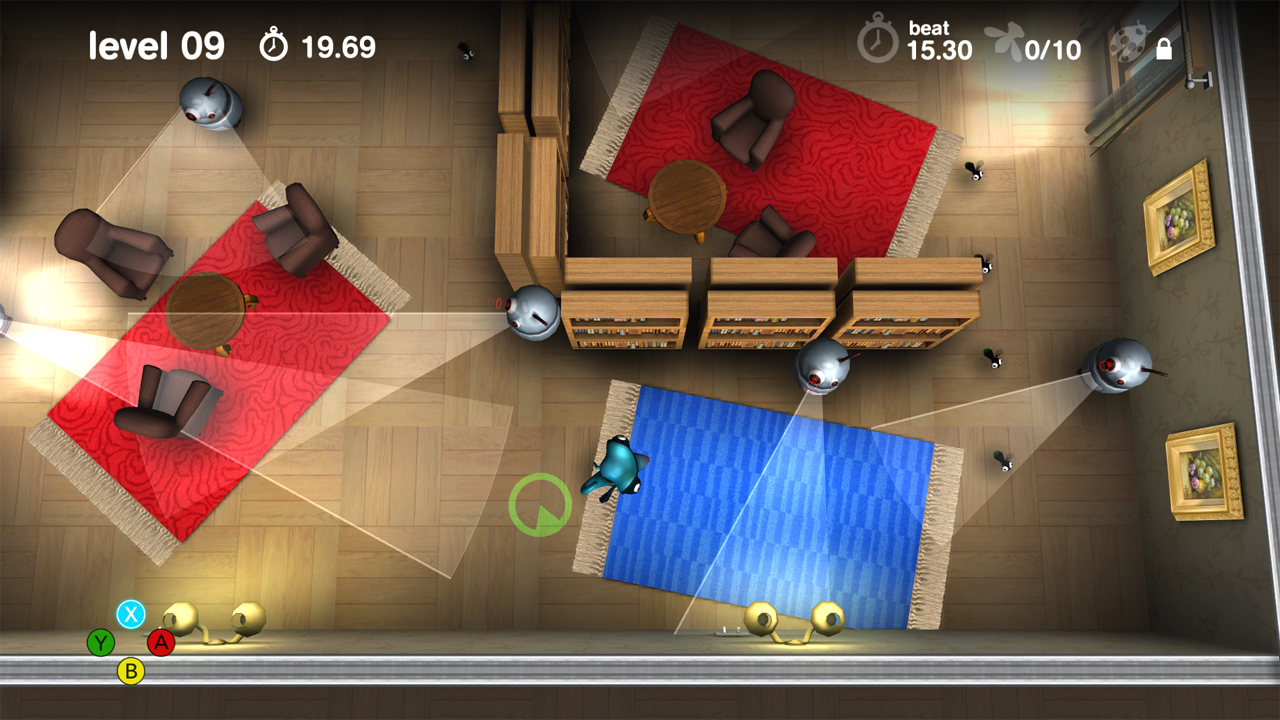 As you progress through Spy Chameleon you will run into new factors on avoiding cameras, such as hiding in a box. This keeps the game fresh enough to where you don’t feel like all the levels are the same. The level design is solid; some of the levels look similar but I didn’t pay too much attention to the similarities because I was more focused on the game itself.

Spy Chameleon delivers in not only gameplay, but music and graphics as well. The music is pretty typical spy music, but it flows well with the gameplay, which is what matters. The graphics look very smooth, I can’t really complain about either the music or graphics at all.

Spy chameleon is only a few hours long for the main game, but for an indie game that’s expected. However if you want to extend your gameplay time you can try to complete the challenges in each level, which some of the timed ones can be hard to beat. Then there is hard mode, which ups the difficulty tremendously. So if you want to 100% Spy Chameleon, you will have plenty of content to last you for a lot more hours. 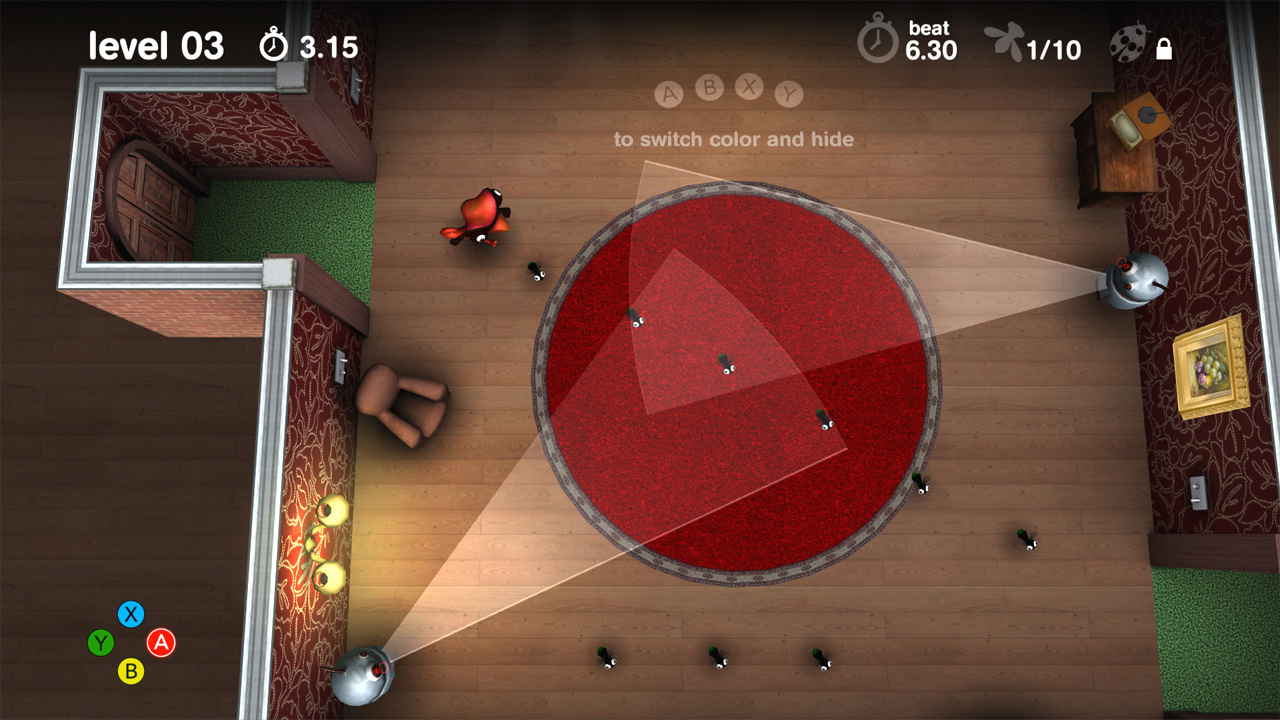 If you’ve read any of my other reviews, you probably realize this is the part where I list the cons of Spy Chameleon, and there’s really just one. My complaint is that for some Spy Chameleon might not hold your attention. It’s one of those “I’m frustrated with this level so I quit” or "this is getting old retrying the same levels" type of thing, so keep in mind you will get stuck quite a few times. It’s almost as if Spy Chameleon is a casual-style game with hardcore difficulty (at least in the later levels and hard mode) I will go to say Spy Chameleon is a pretty casual game; you won’t get a deep story out of it, or really any story at all, but it’s simple fun and that’s what I think matters.

Overall Spy Chameleon is a fun game that will sadly be skipped by Wii U owners either because it received little press, or it sounds like just another indie game. I have to give credit to the developers not only for making a fun game, but keeping it at the low price of $4.99. If you’re even remotely interested in Spy Chameleon, pick it up. You probably can’t find many games as fun as Spy Chameleon on the eShop for $4.99

Re: Review: Spy Chameleon (Wii U eShop)
on January 23rd 2015, 5:08 pmTalesfanatic
Awesome review!
This looks way better than I was expecting.

Re: Review: Spy Chameleon (Wii U eShop)
on January 23rd 2015, 6:56 pmGamergy
@Talesfanatic It is a lot better than you might expect from trailers, that's why I mentioned that point in the last paragraph. It's actually quite short unless you go for all the challenges and go through hard mode, but for $4.99 it's definitely worth it!

Re: Review: Spy Chameleon (Wii U eShop)
on January 24th 2015, 7:05 amTech101
This is definitely on my to get list. Always looking for good games even if I'm overloaded with games to play.