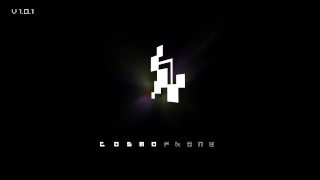 Developed and published by Moving Player Cosmophony is a tough-as-nails rhythm based action title that is on a completely different level than the studio's previous game releases, but is it enough to earn the game a near perfect score? Read the rest of our review to find out!

Cosmophony will test your reflexes with its fast paced gameplay that has touches of rhythm based traps that are found throughout the game's levels, but at its core the game is more of a shooter in the veins of the classic arcade title Tempest, but is much slower paced than other throwback titles such as Gyrostarr that was released on the WiiWare service, which we reviewed a few years ago!

This game is difficult, but somehow the gameplay elements just aren't as good as Gyrostarr's were. That's not to say that Cosmophony is a bad game because it's not. The levels start off very easy, but become exceptionally difficult later on and will challenge even the most advanced gamers, but the levels are predictable so with enough practice the game loses its challenge. 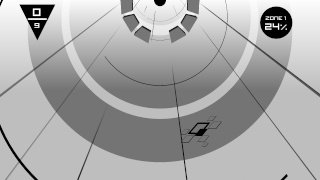 The controls are fairly smooth and aren't overly difficult and the Off-TV Play is a great feature that really adds to the game! The game isn't the greatest visually, but it's good enough with reasonable detail and smooth frame-rates. The music on the other hand is very good and fits the game quite well!

With good gameplay that is challenging and fun, decent controls, and excellent music Cosmophony is a solid title that is worth looking into, however somewhat disappointing visuals do slightly hamper this game's overall feel, but we still highly recommend giving Cosmophony a chance!

I'll definitely keep an eye out for your updated review!

However I have no interest in this game lol.