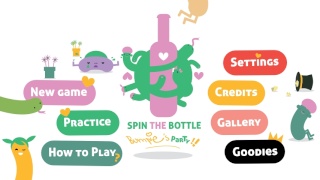 Published and developed by KnapNok Games Spin The Bottle: Bumpies Party makes good use of the Wii U gamepad to bring up to 8 people together with some unique multiplayer party gameplay! Some of the games are quite fun especially with more players, however other games can be a little annoying. This game also makes use of the gamepad's camera and mic for some of the games which was a pleasant surprise!

One annoying aspect, however is that some of the games that utilize the Wii U Gamepad's camera sometimes have difficulty acknowledging that you're taking a picture of the correct object even when you clearly are, but otherwise the games don't have any other noticeable bugs to speak of. 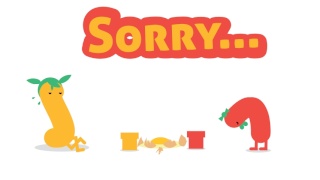 As for the controls they are quite simplistic given the type of game that Spin The Bottle: Bumpies Party is so there's no issues there and the gamepad features are nicely implemented! As we mentioned earlier in this review this game utilizes the Wii U Gamepad in unique ways such as having you take pictures with the gamepad's built in camera or use the mic in various ways, this title makes better use of the Wii U Gamepad's features than any other game that we've played to date!

The music and sound effects are simple yet fit the mood of the game very well, while the graphics are equally simplistic which works very well for this title! 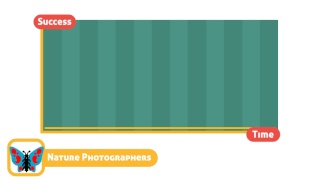 With multiplayer gameplay for up to eight people that can be quite fun at times and unparalleled utilization of the Wii U Gamepad's unique features Spin The Bottle: Bumpies Party is certainly a unique game worth looking into and the audio-visual side of the game is simplistic yet fitting, however a few issues with the camera on the Wii U Gamepad makes a few of the party games quite frustrating, but overall Spin The Bottle: Bumpies Party is a solid game that we highly recommend at least checking out!

Re: Review: Spin The Bottle: Bumpies Party (Wii U eshop)
on September 7th 2014, 6:52 pmRagnarok
Does the winner have to kiss someone?

@Ragnarok wrote:Does the winner have to kiss someone?

This game has almost nothing in common with that old American teenage party game lol.

Re: Review: Spin The Bottle: Bumpies Party (Wii U eshop)
on September 11th 2014, 1:54 pmShounenMania
Not my type of game, but it doesn't sound bad.
Great review dude!