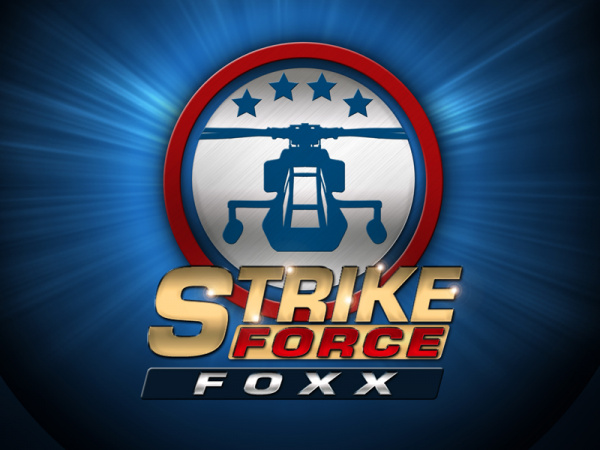 First off, the story is kind of boring. There’s a bad guy and you need to capture him. The characters are dull as well; they ramble about dumb stuff, like the main character trying to land a date with a doctor. Half the dialog could be taken out of the game and the story wouldn’t change.

In fact that’s the main problem with the gameplay; everything is small. I understand that it’s a portable game, and that there are restrictions, but the bullets and people are far too small. I had to play with the 3D off because the bullets were harder to see in 3D. It’s easy to get hit by bullets you didn’t see because so much is going on, and that can lead to failed missions. That’s a shame because the 3D was nice to look at. 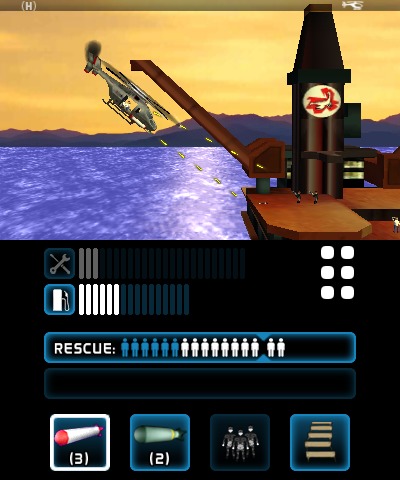 On most of your missions your goal will be to rescue civilians; simply land near the people in white shirts and they will get on your helicopter (which you use the entire game) but there are almost always enemies around the civilians, so you have to take them out first. The enemies are very simple at first, but get harder. Some enemies fire heat-seeking missiles, and are nearly impossible to avoid. That also leads to failed missions.

There’s a weird control scheme to the helicopter; you can face three different ways. Left, right, and middle. You’ll want to face middle 90% of the game so you can shoot straight down, and the only reason you would face left or right is if you fight any aerial enemies. This control scheme means well but honestly it’s just a disaster.

There are small upgrades you can get, ranging from more fuel, more health, or faster movement. There’s also an upgrade for unlocking missiles and bombs; but those are of no use, because it’s hard to control your helicopter and at the same time fire a missile using the touch screen.

I’ve bashed Strike Force Foxx this whole review, but here’s the thing, I actually enjoyed some of the game. The dialog sucks, the graphics are mediocre to bad, and there’s a bit of unfairness in it, but the gameplay itself is actually not bad at all. The music was really good too, it’s exactly the type of music the fits the helicopter shooter style of this game, and can be pretty catchy. Even though it’s tedious to kill enemies, land, return to base, there’s some fun to it.

It’s weird, and it brings up my statement at the beginning of the review; that gamers sometimes have mixed feelings about games. When I look at Strike Force Foxx, I think, “This game isn’t good at all.” But I also think, “That game was fun at times” because I did have fun, but it has a lot of downsides.

I believe that Strike Force Foxx would’ve made a much better arcade game than a handheld or console; it’s more of a game that you play at an arcade that you visit once a month than a game you put a few hours in every day. I’m sure that if you played the same level of Time Crisis for three hours a day it would become tremendously boring.

Strike Force Foxx is one of those games that really depends on the type of gamer you are. It can be fun, but it can be awful as well.  It has the unfortunate problem that it would make a great game for the mobile crowd, but it can’t compete with the higher quality standard most Nintendo gamers have.

Main Cons: awful story and dialog, everything is too small and is occasionally unfair to the point where it hurts gameplay

Re: Strike Force Foxx review (3DS eShop)
on August 6th 2014, 12:58 pmTowafan7
Thanks for posting yet another high quality review!