Review: The Letter (Wii U eshop)

Review: The Letter (Wii U eshop) 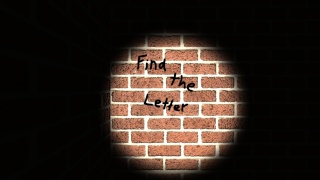 The Letter is a horror title developed by Treefall Studios and is exclusively for the Wii U. This game has an eerie tone and is a bargain eshop title, but Is this game as precious as a Ghost Sapphire? Keep reading to find out what we think about the game!

The story of The Letter starts off right away as soon as you start up the game and forces you to traverse a dark room to find a letter things aren't explained that well so you might have difficulties exiting the first room, but that's not the worst of it. The controls are very clunky and awkward which makes navigation difficult and the game is SHORT...TOO SHORT! It will likely take most players less than 20 minutes to beat this incredibly short game not including the hours that you might spend aimlessly trying to figure out where to go next, though the developer has promised frequent free dlc to add more content to the game, but as it is the game is unacceptably short for a game in the horror genre. 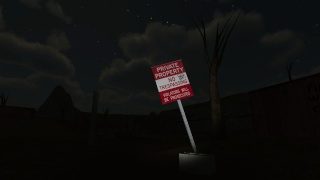 The graphics in the game are in 3D and look reasonably nice for a download title while the background ambiance sets the tone for the game despite the lack of horror that you'll experience while playing the game.

All in all, the audio-visual side of this game does manage to come off as an impressive attempt at creating a scary game, but the gameplay itself prevents that from ever materializing and the unacceptably short and shallow gameplay that is quite frustrating, coupled with the shoddy controls makes this one of the worst games we've reviewed thus far, however the promised dlc could save this game if enough fixes are made and content is added, but as it is we can only recommend steering clear of the game or if you don't mind gambling to download it merely in the hopes that the future dlc makes this a worthwhile experience.

Re: Review: The Letter (Wii U eshop)
on July 20th 2014, 11:59 amSuperVash
Wow has any game before this one received a score under 3/10? I'm honestly not surprised by the negative review because this game sounds really bad.

Re: Review: The Letter (Wii U eshop)
on July 22nd 2014, 11:24 amTowafan7
It's not a lost cause, depending on the dlc it could become a mediocre to even a decent game, but as it is in its current state it's a really boring and frustrating game.