Albert Einstein Would Be Proud! 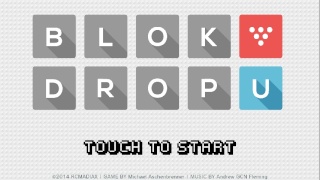 Blok Drop U is an exclusive Wii U eshop physics based puzzler developed by RCMADIAX and it is designed specifically with the Wii U Gamepad in mind! In Blok Drop U you have to safely place the one small red blok in a safe spot while clearing all other bloks and even though it's not easy in some of the more devious levels the game's length will assure that you will beat it within 30 minutes which is a serious issue, but thankfully a huge amount of DLC has been promised in the future!

The controls are very simple and merely require the touch-screen on the Wii U Gamepad. The controls might be overly simplistic, but it was certainly the best control method to use for this game. Overall the game very solid in this aspect! 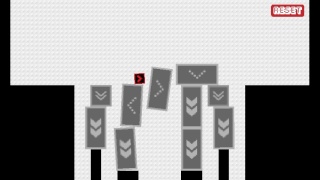 The graphics in Blok Drop U are extremely simplistic and are quite similar to early computer puzzle titles such as Tetris. It could look better, but it's not too bad. One glaring issue however is that the frame-rate tends to fluctuate for some strange reason despite the extremely simple graphics, but not enough so to effect gameplay.

The game only has on music track that loops, however it sets the mood for the game quite well! The sound effects in the game are almost non-existent, but that's to be expected from a retro-styled physics based puzzler, Overall the graphics are passable and the music is good, however the frame-rate issues are kind of annoying even though it doesn't severely impact the gameplay. The Graphics get a mediocre grade and the music gets a decent grade! 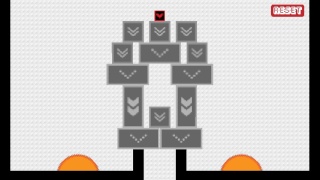 With very challenging yet fun gameplay, simple controls and fitting music the game is quite a solid physics puzzler, however in its current state it is far too short with only 30 levels and frame-rate issues make the game's animation look annoyingly choppy. Overall the game is still a solid title and if the promised DLC and some game fixes are implemented the game's score could improve greatly, but for now this game get's a solid score!

Re: Review: Blok Drop U (Wii U eshop)
on March 16th 2014, 5:31 pmRena Ryuugu Fanboy
Good review. I completely agree that the game is far too short.