Review: The Wonderful 101 (Wii U Retail)

Review: The Wonderful 101 (Wii U Retail) 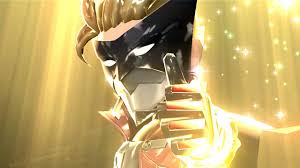 When The Wonderful 101 was showed off for the first time, I thought it looked good, but wasn’t sure on a purchase. The mediocre reviews by some websites made me delay getting it. So when it went on sale for $30 I decided to buy it. After about an hour I was thinking why didn’t I get this game earlier?

How can I describe The Wonderful 101? Geathjerk forces are trying to destroy Earth, and it’s up to you and The Wonderful 100 to defend it. Cliché? Yes, but TW101 is set up like a superhero movie, so the superhero storyline comes with it.  Although the story has a few twists to keep it interesting.

At the beginning you save a busload of children that went out of control. You are introduced to Wonder-Red, the leader of The Wonderful 100. You will be introduced to new Wonderful people, all with a different power, unite-hand, unite-gun, Unite-sword, and more.  There are so many different ways to attack, sword has a wide range, gun shoots projectiles, and hand is strong but has little range. Learning what these powers do is important, not only for attack strategy, but there are puzzles you will solve too. 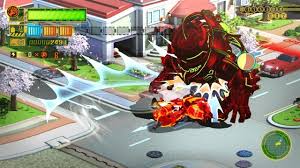 Make sure you recruit people in distress! Do this by drawing a circle around them, some are a wonderful, but not all 100 of them have a unique power that you will use in the game, most will just add to your team after recruiting them

Fighting the giant enemies shows off how much fun TW101 can be. Taking down giant monsters with your unite powers is very satisfying. The enemies can be so different too, sometimes you have to use a unite form to damage them, sometimes it doesn’t matter what form you use.

The creativity in TW101 is astounding. The enemies, the bosses, and the puzzles are all unique. One thing that I liked was the QuickTime events. Along with a simple button press, you will also need to draw unite forms in certain QTE, something that made the QTE fun and not annoying. 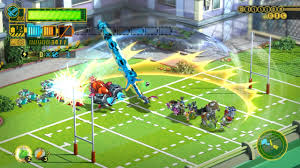 Covering the graphics, it may not be perfect, but it looks really good for the cartoony style it was going for. The music is quality as well, however sometimes the music is louder than the voice acting, which is not really a problem but more of an annoyance.

I played it the first time on easy, as I heard TW101 can be hard and I just wanted to be able to beat it. I can say it can get hard. Luckily you have multiple continues if you die. I really appreciated that if you fell into lava or something, that instead of dying you lose a small amount of health and appear close to where you were.

Of course there are items in TW101, there are some that replenish health, some replenish unite gauge (sort of a stamina for unite powers), also you can buy new unite powers, that include reflecting attacks (unite guts) or an evade jump (unite spring) that each take up a small bit of unite gauge. Then there are the custom blocks, add them to your suit to activate certain abilities, that also take up some of your unite gauge.

Finally, we get to the bad parts of the game. Honestly, besides the controls, there is only one major thing that is wrong. Sometimes it’s hard to see where you are, even though the game tries to help by having a circle appear around you. The problem gets serious in the Vorkenn battles. I can’t tell you how frustrated I got when I couldn’t find myself and then got blasted by an enemy. So unless you have a 100” TV you will experience this problem.

The Wonderful 101 deserves its title, because it is certainly wonderful. Once you get the hang of the controls and you can deal with the confusing Vorkenn battles, this is one of the best games on Wii U. You simple can’t experience this game on any other console. So unite up your money and buy this game!

Main Cons: very frustrating not seeing your character in some parts of the game

Re: Review: The Wonderful 101 (Wii U Retail)
+
February 5th 2014, 1:21 amShounenMania
Besides the camera the game is utterly amazing! Great review @Gamergy.

Nessman18 wrote:How long is the learning curve of this game?

I honestly think the learning curve isn't too hard. The only thing I can think of is that it takes a while to get used to drawing the unite forms. By the time you get to the end of the operation that you get the specific Wonderful in you should be able to draw the unite form easily, although some forms are harder to draw than others (unite-bomb and unite hammer come to mind). I'd say 30 minutes, maybe more maybe less.

Re: Review: The Wonderful 101 (Wii U Retail)
+
February 5th 2014, 11:07 amKeAfan7
Is it normal to experience slowdown when there are alot of enemies on the screen? I'm getting serious lag in the demo version of the game.

Re: Review: The Wonderful 101 (Wii U Retail)
+
February 5th 2014, 11:27 amGamergy
I don't think that is normal. I had a few slowdowns but it only lasted for two or three seconds. Plus I hear the demo doesn't do the full game justice.

Re: Review: The Wonderful 101 (Wii U Retail)
+
March 19th 2014, 7:57 pmKeAfan7
I would get this if the download size wasn't so huge...I can't afford a hard drive that's large enough to last me a longtime while still being able to get new games to play and review.

Rukiafan wrote:I would get this if the download size wasn't so huge...I can't afford a hard drive that's large enough to last me a longtime while still being able to get new games to play and review.

Rukiafan, I just ordered a 1TB Western Digital "My Book Essential" from eBay for $100, by using the "Bill Me Later" payment option. It's brand new and factory sealed. They still had 5 left, after I had ordered mine. The product identification number is: WDBACW0010HBK-NESN. Which is listed on the Nintendo website as one of the external hard-drives that is compatible with the WiiU.
Similar topics
Similar topics
Permissions in this forum:
You cannot reply to topics in this forum