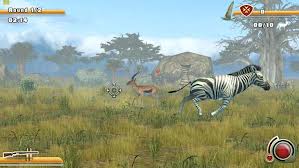 Deer Drive Legends was originally released as a retail Wii game in 2012 and was recently ported to the WiiWare service in November 2013 and it has some redeeming qualities. Deer Drive Legends limits you to only stand in one spot while allowing you to rotate 180 degrees to shoot target species. If you shoot the wrong animals you'll lose points and some animals you need to tag, not kill. You have several different guns at your disposal, but usually only 2-3 of them are available during a given level.

Most animals will attack you if you don't shoot them before they reach you including species you aren't supposed to shoot further complicating things. You may also find items after killing some animals and these items can be collected by shooting them. The controls are good when using the Wiimote plus Nunchuk or the Wii Zapper attachments, but using the Wiimote alone is a very frustrating control option that I would suggest avoiding. 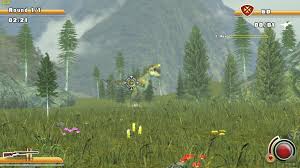 The normal levels are boring as can be there's no denying that, but the boss battles against the mighty T-Rex and Sabretooth Tiger are much more entertaining and save this game from being considered shovelware.

On the visual side of things Deer Drive Legends has fairly decent graphics for a WiiWare game with good animations and detailed animal models, but the various levels do suffer from some extremely bad pixelation and jaggies. The sound effects are low quality with scratchy sounding roars, gunfire, etcetera. The music is also underwhelming further adding to the negative aspects of Deer Drive Legends. 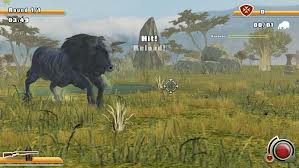 The final verdict I have for Deer Drive Legends is that it has mediocre gameplay, okay visuals, and an underwhelming soundtrack with poor quality SFX that make the game a mostly disappointing experience. On the other hand the boss hunts are amazing and the controls are very functional which saves this game from being slapped with the dreaded shovelware label. This might be worth considering if you like hunting games and don't mind the games' many flaws.

Re: Review: Deer Drive Legends (WiiWare)
on December 3rd 2013, 1:20 pmAqua Cherry Blossom
I have no interest in hunting games lol, but nice review.

Re: Review: Deer Drive Legends (WiiWare)
on December 4th 2013, 12:37 pmClαππαd
This game might have turned out better than expected, but I feel bad that you'll be stuck reviewing Fireplacing.

Natsume wrote:A 6/10? I'm surprised that this isn't a terrible game.

I was thinking the same thing!

@Elza wrote:Congratulations your first review has turned out very good!

If this is your first official review anywhere then you are destined for greatness, if not you're still a good reviewer!

I don't understand how the game can be so meh in most aspects, but can be amazing in others. If the developer had spent just a little more time making this game it could have been so much better. That's just my two cents on this matter.