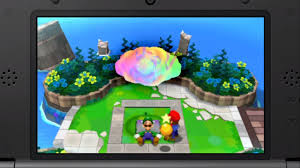 The Mario And Luigi games have always been known for their zany stories and excellent gameplay and Dream Team is no different! First of all Luigi has incredible powers due to the game's world literally being a part of his dreams allowing him to multiply, grow huge, and even change the landscape of the levels for his brother mario and the plot is actually really enjoyable!

The game is fairly lengthy as well and will likely take most people 30+ hours to beat on their first try and once you beat the game you unlock the hard mode which is extremely challenging even for veteran players!

The controls in the game are superb and there are alot of clever ways Nintendo has utilized the 3DS controls in this game such as blowing in the mic, making use of the gyroscopic controls, etc. and it really adds to the gameplay! 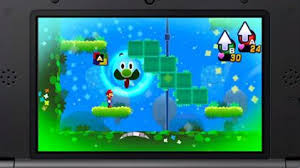 The graphics in Mario And Luigi: Dream Team are as cheerful as they are detailed with superb backgrounds, character models, and absolutely gorgeous level designs it is a fantastic looking 3DS game with the only drawback being the stereoscopic 3D isn't that impressve which is only a minor complaint. The music on the other hand, while nice fails to live up to the standards that games in the Mario franchise have set. Regardless this is also only a minor complaint and does not do much to hurt the game's overall enjoyment! 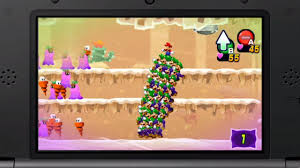 With a great story, awesome gameplay, and clever controls Mario And Luigi: Dream Team plays like a dream! And with gorgeous graphics the game looks dreamy as well! Only the Music and somewhat disappointing use of stereoscopic 3D in the game aren't absolutely perfect, but overall we highly recommend this amazing title!

Re: Review: Mario And Luigi ~ Dream Team (3DS Retail)
on December 1st 2013, 2:38 pmTsubasa
This game is so awesome you really did a good job reviewing this, but I do disagree about the music being disappointing cuz the music in M&L:DT is awesome!

Re: Review: Mario And Luigi ~ Dream Team (3DS Retail)
on December 1st 2013, 2:47 pmNINTENBRO
I totally agree with your score for Dream Team, but I actually thought the 3D was done well in this game. I haven't noticed one instance of ghosting yet. This is still my favorite game for 3DS.

Re: Review: Mario And Luigi ~ Dream Team (3DS Retail)
on December 2nd 2013, 1:22 pmNINTENBRO
Is there a MiiVerse community for Dream Team?

I love this game so much!

This is one of my favorite games in the series!

@NINTENBRO there wasn't at the time of your post, but there is now.

Re: Review: Mario And Luigi ~ Dream Team (3DS Retail)
Sponsored content
Permissions in this forum:
You cannot reply to topics in this forum