Buggier Than A Louisiana Swamp! 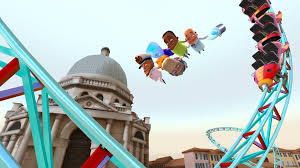 This game has some technical issues, but is the game itself worth a purchase or should you avoid it? Continue reading to find out!

Coaster Crazy Deluxe is a roller coaster simulation that focuses only on building coasters and not an entire amusement park and it does a good job with that by allowing you to build roller coasters freely with many crazy track pieces available. The game also allows you to share your coasters with others and has online leaderboards to show off your amazing designs! The controls are also quite intuitive and make good use of the Gamepad's touch screen with the only problem being some camera issues, so why are we so disappointed by this game then?

Well the game has glaring freezing issues and the sound would cut-out frequently making this a clearly buggy game. Now we're not saying that this game is bad because it clearly is not, but until the bugs are patched the game is less enjoyable than it otherwise would be. 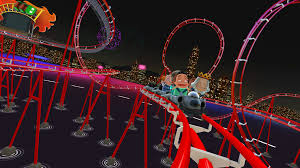 The graphics in Coaster Crazy Deluxe are okay, they won't win any awards, but are still pretty good and fit the game well and the sound is spot-on....when it actually works that is, as mentioned above there are times when the sound will cut-out due to bugs in the game which does hurt this game's overall score, at least until a patch can fix these issues. 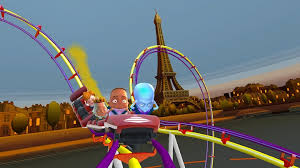 With excellent gameplay and intuitive controls Coaster Crazy Deluxe has some serious potential to be a great game, but with freezing issues and bugs that cause the sound to completely cut-out this game is in desperate need of a patch to fix these glaring issues. But none of these issues are game-breaking so it is still playable as is and can still be fun despite the bugs!

Re: Review: Coaster Crazy Deluxe (Wii U eshop)
on November 26th 2013, 1:43 pm.hacker
It sounds like this game could have been good if it didn't have so many bugs in it.

Re: Review: Coaster Crazy Deluxe (Wii U eshop)
on November 26th 2013, 2:05 pmLordHoppingRage
It is a sad day when rollercoasters freeze in their tracks and sound itself comes to a halt, this shall be a day the world never forgets.

Re: Review: Coaster Crazy Deluxe (Wii U eshop)
on November 27th 2013, 1:20 pmRWBY_Red
I figured that this game would get a mediocre score, but not just because the game is bugged up.

Re: Review: Coaster Crazy Deluxe (Wii U eshop)
on December 5th 2013, 2:56 pmToughGamer
I wasn't going to download this anyways because I was betting that this wasn't going to be very good, looks like I was right.