Everyone's Favorite Yellow Bird Has Returned In This New Adventure! 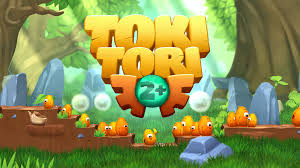 Toki Tori started as a Gameboy Color puzzle-platformer, but it wasn't until later when a remake was released on many different platforms including the WiiWare service that the yellow feathered protagonist became an icon of the new indie developer era! But does this recently updated sequel live up to its predecessor? Continue reading to find out! 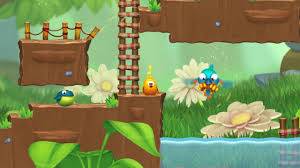 The story is rather simple you basically are trying to save your fellow yellow feathered friends by saving your forest and surrounding area from a mysterious evil force, but it really doesn't go into any sort of detail, however you really don't expect a detailed story from a platforming title. 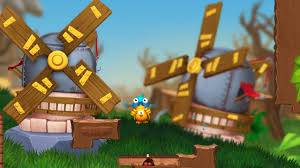 Toki Tori 2+ Has solid controls that are easy to learn and use so don't expect to have any difficulties knowing what buttons to press when you are trying to solve puzzles. The game is a puzzle game more so than a platformer so be prepared for some extremely challenging puzzles to solve as you will literally have to solve tricky to mind-bending puzzles in every area! The puzzles almost always can be solved under any circumstance, however if you are unfortunate enough to get yourself trapped with no way to solve a puzzle, you can reset the puzzle in the options menu! 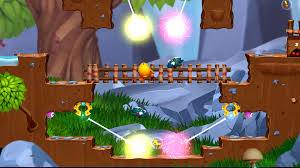 Toki can sing and ground pound to solve these puzzles, but you must always use the environment to your advantage such as hiding in grass so a bird doesn't pick you up. The game is very lengthy clocking in easily at 25-30 hours for first-time players making this one of the more time-consuming titles on the Wii U eshop!

The game was updated recently and features many new and remixed puzzles as well as a graphical overhaul which adds alot to the game! 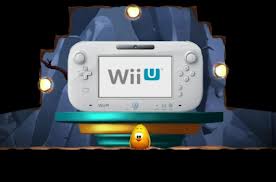 The off-screen gameplay of Toki Tori 2+ is nicely implemented and looks great on the gamepad, the audio is also flawless on off-screen mode! 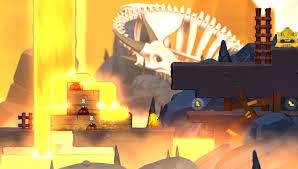 The scenery in Toki Tori 2+ are vibrant and beautiful and the backgrounds and characters really showcase the HD capability of the Wii U console! The music is extremely good in this title and pays homage to some older movies and music of days gone by! One example of this is when you exit the cave area there is a giant rainbow outside and you can hear a very brief remixed segment of Over The Rainbow from the Wizard of Oz. Touches like this really make the soundtrack in this title one of the best currently available on a Wii U eshop title! 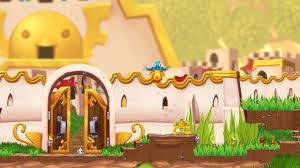 With amazing gameplay, easy to use controls, beautiful graphics, and one of the best soundtracks currently available from a Wii U eshop title this is one game that we feel that you shouldn't pass up!

Re: Review: Toki Tori 2+ (Wii U eShop)
on September 24th 2013, 3:51 pmStaroceancrazy
Has anyone actually beat this game yet?
It is so freaking hard, but fun

Re: Review: Toki Tori 2+ (Wii U eShop)
on September 25th 2013, 1:49 pmAqua Cherry Blossom
Very good review of the game it is one of my most played games from the Wii U eshop.

Re: Review: Toki Tori 2+ (Wii U eShop)
on September 25th 2013, 2:27 pmUlqiorrathegreat
The game is very different from the WiiWare game in the series and that is a very good thing.

I have a question, how long does it normally take to beat Toki Tori 2+ one hundred percent?

Re: Review: Toki Tori 2+ (Wii U eShop)
on October 16th 2013, 10:49 amMegatron2000
What a magnificent review. The game was greatly improved by the update last month everyone should download Toki Tori 2+!