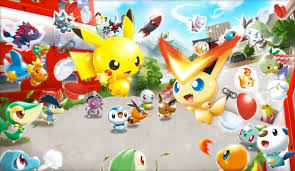 We had good things to say about the WiiWare title Pokemon Rumble, but does the Wii U iteration live up to its predecessor? Read our review to find out! 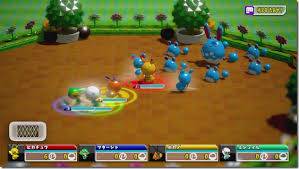 In Pokemon Rumble U you battle hordes of toy Pokemon in classic beat em' up action, the game features the same move types formula as the mainstream Pokemon titles, but focuses on action. The Pokemon no longer have innate abilities such as static or thick skin like the earlier Rumble titles an main Pokemon series had so I feel that does make collecting new Pokemon a little less exciting, also the open exploration seen in the WiiWare and 3DS eshop Rumble titles has been replaced by simple and small arenas which gets rid of all sense of exploration which is quite a shame since that was one of the best aspects of the series. 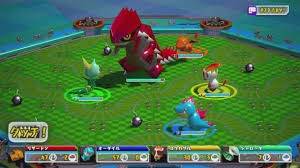 The game does have a few new elements such as traps, and even rockets that spawn new Pokemon until you destroy them, there are also items that can restore health or even make your toy Pokemon grow to massive proportions to deal extra damage which are nice new features, but all in all the gameplay doesn't live up to the standards that the 3DS and WiiWare titles in the series set. 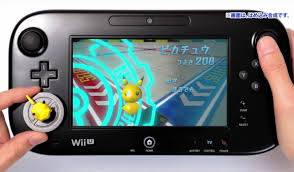 The Off-screen play is a nice touch for this title and really adds to the game, and the game itself does feature touch screen actions such as collecting items that are too far away for your Pokemon to reach or using the mighty touch blast technique to blast away hordes of toy Pokemon! 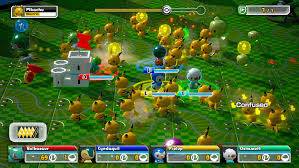 The graphics in Pokemon Rumble U are nice and feature a shiny gloss that makes you feel like the arenas and toy Pokemon are real plastic children's toys. Don't expect to be wowed, but you will definitely not be underwhelmed by the graphics. The music and sound effects are simplistic yet enjoyable, but sometimes the sound glitches on the Gamepad, however it's a rare occurrence. 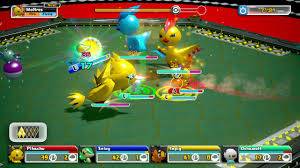 With nice graphics a good soundtrack, and good use of the Wii U Gamepad there are some very good aspects to the Wii U's Pokemon Rumble title, however the lack of exploration and removal a the passive Pokemon abilities feels like a step back for the series. We still enjoyed the Game, but feel that it failed to live up to the standards of the first two games of the spin-off series.

Re: Review: Pokemon Rumble U (Wii U eShop)
September 22nd 2013, 9:28 pmKokorOtaku
Agreed Blast is my favorite and I spent double on that just so I could have it as a Download Title on my 3DS

Re: Review: Pokemon Rumble U (Wii U eShop)
September 23rd 2013, 11:56 amHimawari Chan
Fair review, Pokémon Rumble U was fun, but should have been much better than it was.

Re: Review: Pokemon Rumble U (Wii U eShop)
September 23rd 2013, 12:30 pmAussiegamer
It's disappointing that this game isn't as good as the other games in the series. :-(