Earthbound out today for Wii U VC

Earthbound out today for Wii U VC

The Day Has Finally Arrived! 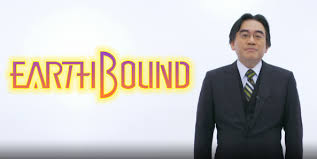 So today is the day Earthbound arrives for the Wii U VC in both North America and Europe.

Earthbound was originally released in 1994 in Japan and 95 in North America for the SNES.  Over the years it has gained somewhat of a cult following due to it quirky take on an RPG.

Since the beginning of the Wii VC gamers have been asking for this game to hit Nintendo's VC service since cartridges of the game can go as high as $150 on auction sites like Ebay.  However for some unknown reason Nintendo has refused to release it on a VC service.  However this past March Wii U owners in Japan were able to scoop up the game for 30 cents as part of the Famicom Anniversary deal.  Sadly it looked like NA and Europe would miss out on Earthbound coming to VC again for unknown reasons.

It was revealed in April's Nintendo Direct that this game would indeed make its way to NA and the first time in Europe as part of the Wii U VC, and today is the day.

You will be able to download it from the eShop starting today for $10 and along with game you will receive a digital copy of the strategy guide that was included with the original SNES release, optimized for your game pad.

Alot of gamers the world over will be extremely happy with this news. Are you planning to pick up this one?  Are you one of the eager fans that have been waiting for this day?  Let us know in the comments below.

Why is the last word in every post I make not showing up in the message?

Re: Earthbound out today for Wii U VC
+
July 18th 2013, 1:17 pmTasuki
Well I picked up this game of course and it will be nice not to have to hook up my SNES anymore to play this game. I will have a review here shortly of this wonderful game.