On The Rails Action! 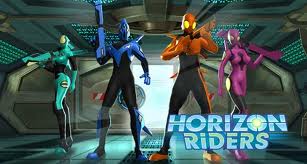 Is this game a blast to play, or is it a dud? Let's find out?

There is no denying that this game shares many similarities with the legendary Sin and Punishment series, however the atmosphere is different and the difficulty is more balanced. The game is an on the rails shooter that is relatively short, but the levels and bosses are very nicely designed and provide players with a reasonable amount of challenge without being too hard!

The bosses use a bullet-hell approach, but aren't extremely difficult to beat if you figure out their shooting pattern and thanks to a recent patch the controls in this game are nearly flawless and highly responsive!

The most important thing to remember for those aiming for high scores is to not break the chain multiplier in normal stages as doing so will dramatically lower the amount of points you'll receive for destroying enemies. 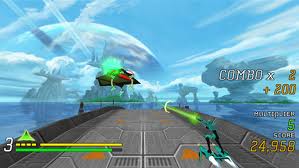 The graphics in Horizon Riders range from decent to great as the background is beautiful and colorful and some of the animations are very realistic, however some foreground objects and enemy models are quite jagged and blocky, but all in all the graphics ar above average!

The sound effects and music sounds like something straight out of a late-90s arcade game and really fits the mood of this game! 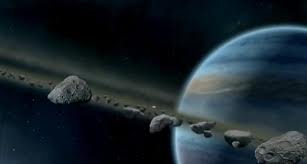 With great gameplay, excellent controlls, and amazing audio this game is a great on the rails shooter that should be considered by any on-the-rails fans!

Re: Review: Horizon Riders (WiiWare)
on March 23rd 2013, 5:50 pmTowafan7
Thanks for your positive comments.