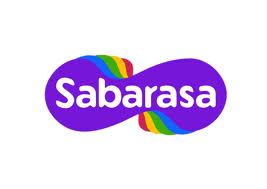 Today I had the chance to interview Javier Otaegui via e-mail and discuss various things regarding Horizon Riders, the eshop, and other interesting information, so without further delay here is our interview!

Hello how are you guys?


Thank you for taking the time to answer our questions, we really appreciate it!


Sabarasa: We really thank you for the opportunity. 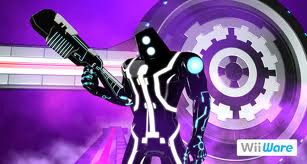 Why was Protocol cancelled for the WiiWare service?


Sabarasa: Protocol is a very ambitious game; actually we could say it is our most ambitious game. Both Horizon Riders and Protocol were actually scheduled for a 2010 release, but due to some big blows we received during that year, we were forced to push them back. Horizon Riders, being a simpler game, was published in 2011. We analyzed the results of Horizon Riders and we took the hard decision of changing platforms for Protocol. It was a really tough decision as Protocol for WiiWare was 85% done, we were working on the matchmaking modules, and this was practically all that was left, apart from debugging and balancing. But publishing the game in 2012 would have been a terrible decision, as the WiiWare market dried up and people were already expecting the Wii U.


Can we expect a new game from you for the Nintendo eShop on the 3DS and Wii U?


Sabarasa: Yes, we are right now working on many fronts, including the new Protocol and the upcoming release of Save the Turtles for iPad and Android tablets, but 3DS and Wii U are still on our roadmap. 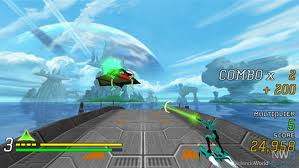 How successful do you feel your WiiWare title Horizon Riders was?


Sabarasa: This is a tough one. From an audience point of view, we received very good feedback, people love the game. Also, from a critic point of view, we got some solid reviews. But the sales numbers were not stellar at all. It’s quite discouraging putting so much hard work and heart into a game, seeing good critiques, but bad numbers. I believe we released very late in the WiiWare life cycle. Perhaps if we had released with our original 2010 date, things would have been different. Right now we are exploring the possibility of bringing Horizon Riders to new platforms.


Did the patch for Horizon Riders increase sales for the game?


Sabarasa: Just a very tiny bit. We patched the game because we read all the reviews, which were all quite good but unequivocally all of them said the control scheme was bad. We analyzed the issue in depth, and we thought ‘hey, these guys are right!’

During the development process we just did not see the problem, and the original control scheme was very natural for us, but we should have tested the game much more with random people. I think that patching the game was a good decision, even when the sales did not increase, as I think that giving the best possible experience to all those who had originally bought the game was paramount. 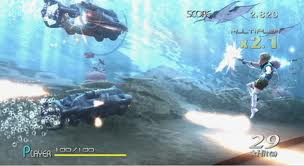 Was the game Sin and Punishment an inspiration for your game Horizon Riders?

Of course after the initial previews and the obligatory comparison with it, the first thing we did was to look for it and analyze it in depth, but our game was pretty much all laid out already. We are proud of the number of games that we know and played, but sometimes you just have some blind spots. Our main inspiration for Horizon Riders was actually Space Harrier.

What are your thoughts about the Wii U and 3DS eshops?


Sabarasa: I believe that Nintendo is in the right direction with the eShops. WiiWare and DSiWare were quite bumpy starts, with a lot of space for improvement. And with a lot I literally mean a lot. Some of the eShop news are quite encouraging for indie studios. Nintendo has consistently been one of the most innovative companies in the world, and I’m positive their transition to the 100%-digital world will be successful. The big question is how important the indies will be for their strategy.


We look forward to your future titles!


Sabarasa: Thanks! We’ll keep working and bringing the best games we can deliver J


Have a great day!

Sabarasa: You too! Thanks for the interview!

Re: Developer Interview: Sabarasa
January 13th 2013, 9:09 pmShanaNoShakugan
Protocol is not come to Wii U?

Re: Developer Interview: Sabarasa
January 15th 2013, 12:18 pmSkywardL
"I believe that Nintendo is in the right direction with the eShops. "

So true. The Wii U eShop does a great job at promoting available and upcoming indie tiles.

Re: Developer Interview: Sabarasa
January 15th 2013, 1:17 pmLordRyuuza
@ShanaNoShakugan Hi, I'm Sabarasa's Tech Director.
Procotol for Wii U is not a cancelled idea, we are checking the possibility to port it to this platform, so don't get disappointed yet! We received a lot of questions regarding the launching of Protocol and we would be really glad to be able to do it soon, but reality says that we can't do it yet, not that we can't do it at all so expect the better!

Re: Developer Interview: Sabarasa
January 15th 2013, 1:39 pmTowafan7
@LordRyuuza: Welcome to WiiWareWave! Feel free to send us an image file ad and official website url for any future games you will release on Nintendo consoles and we'll advertise them for free.

Re: Developer Interview: Sabarasa
January 15th 2013, 9:11 pmNINTENBRO
Nice! These types of exclusive features are what this website really needs to hold it's own on the internet and stay afloat. I hope there are many more like this to come.

Re: Developer Interview: Sabarasa
January 16th 2013, 8:22 amLordRyuuza
Thanks for the welcome! And @Rukiafan, sure, but I guess that Javier will handle that rather than me, since I'm more into the programming part than marketing stuff

Re: Developer Interview: Sabarasa
January 16th 2013, 12:07 pmFM_Alchemist
This is an amazing article!

Re: Developer Interview: Sabarasa
January 16th 2013, 2:47 pmStaroceancrazy
This is an awesome feature!

Wii Remote
January 31st 2013, 8:59 pmMikeSome
Hi LordRyuuza. I hope this post isn't too late to get a response from you. You talked a little bit about Protocol possibly coming to Wii U, but what I'd like to know is did the game originally support the Wii Remote when it was being developed for WiiWare? Did it have controls like The Conduit, Metroid Prime 3, and similar games?

Re: Developer Interview: Sabarasa
February 4th 2013, 12:20 pmDigiDestined
This is a nice article! =)

Re: Developer Interview: Sabarasa
February 8th 2013, 3:37 pmTowafan7
Thank you, I'll be adding many new articles over the next week including exclusive features, reviews, and news as well as episode 2 of our podcast which airs tomorrow, and next week look forward the NintendoLPerZdude and KingreX32 guest starring in episode 3 of our podcast!

Re: Developer Interview: Sabarasa
February 12th 2013, 2:24 pmStaroceancrazy
This feature has a bunch of comments!

Re: Developer Interview: Sabarasa
March 22nd 2013, 1:23 pmFM_Alchemist
When is the next interview going to happen?

Re: Developer Interview: Sabarasa
March 23rd 2013, 2:39 pmLordRyuuza
@MikeSome: Sorry for the late answer, but I had quite some work to do latelly.
I'm not sure really, because I wasn't in the development of Protocol. I was more into the DS/DSi & other mobile hardware development. I'm gonna talk about it with Javier and reply as soon as as got his reply myself.

Re: Developer Interview: Sabarasa
March 23rd 2013, 2:56 pmNINTENBRO
LordRyuuza, could you please also find out if Sabarasa has any intentions to develop for the 3DS eShop as well?

Re: Developer Interview: Sabarasa
March 23rd 2013, 3:08 pmLordRyuuza
Right now we are focusing our resources to develop games for iPhone/iPad/iPod and Android devices. Since it's a new platform for us it's taking a little more time than we expected, but 3DS is on our projects. Our top DSiWare games (Art of Ink, Save The Turtles and Jason's Rohrer games (Alt-Play: Jason Rohrer Antology & Primrose) are all available to be purchased on 3DS (I know because I got them from the shop in my own 3DS

), but true 3DS games (with the 3D effects, the gyroscope feature and so) are in our minds. It will depend mostly on the market & publishers to give us the chance to bring you these games.

Re: Developer Interview: Sabarasa
March 23rd 2013, 3:19 pmTowafan7
Thanks for answering our members questions.

. We are always open to the concerns of players, that makes us realize our flaws and strenghs to do better games. At Sabarasa we are initially players (all of us had spent many hours playing games in our spare time and we still do that), so we think we are not really developers, but players that like to create games that we like and share them with the others. Unfortunatelly we have to add them a price (we try they have the best quality at the lowest price) since we have to live of them too, but we always do them with passion because it's what we enjoy doing

Re: Developer Interview: Sabarasa
April 13th 2013, 6:31 pmMikeSomething
Thanks for responding LordRyuuza. I look forward to hearing more about the game.

Also, please tell the rest of the people at Sabarasa to release Protocol on the Wii U and to support the Wii Remote. There are a lot of people who will buy it if you do this. The Wii U really needs some shooters that support the Wii Remote, and since you were already developing Protocol for the Wii, I think it will be a perfect fit for the Wii U.
Reply to topic
Similar topics
Similar topics
Permissions in this forum:
You can reply to topics in this forum