Fight head to head against over 120 of the most powerful fighters in the universe or face off against your friends with Nintendo wifi connect!

The fights in DBZ BT3 are extremely action packed as the cpu characters are quite smart,and most characters have devastating moves that not only cause alot of hp damage,but even destoy the entire planet you are on!
This game features over 20 fully destructible stages that are massive and quite detailed,with plenty of places to hide in multiplayer battles.

The story mode isn't too long and should only take a couple days to beat,however a few of the other challenge modes will test your abilities,and will likely take some time to actually beat them!
Online wifi is a game mode where you can train your characters making them stronger,then face off against other players online,however most of the features were removed in an update last year........

The graphics in this game are beautifully detailed,and the character models are cell shaded making them look just like thier cartoon counterparts!
The special effects such as energy attacks and battlefields being destroyed are absolutely breathtaking,and look like something you'd see in a blockbuster movie!
The music is decent,but fails to live up to the soundtrack in the original DBZ animé.


Bottom line-With challenging action packed gameplay,awesome cell shaded graphics and mind blowing special effects this is definitely a great game for fighting genre fans,however the music fails to live up to what was used in the animé,and the wifi mode has been stripped down to bare bones,but at under $20 it's definitely worth considering! 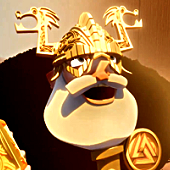 Re: Review: Dragon Ball Z Budokai: Tenkaichi 3 (Wii Retail)
on April 18th 2012, 3:05 pmBiorn the Viking
Last I tried to play online with a friend it was extremely laggy. Online was rendered unplayable which is disappointing because this is a very fun game. For some strange reason, I over-exaggerate when it comes to sports games + motion controls. When playing Wii Sports boxing I tend to swing my arms all over the place. DBZ3 was no different. XD Great review & agreed with score!

Re: Review: Dragon Ball Z Budokai: Tenkaichi 3 (Wii Retail)
on December 6th 2012, 12:58 pmStaroceancrazy
I liked this game better before the online was destroyed, but your review is still awesome!

Re: Review: Dragon Ball Z Budokai: Tenkaichi 3 (Wii Retail)
Sponsored content
Permissions in this forum:
You cannot reply to topics in this forum