Tales of The Abyss was originally released on the PS2 in 2005 and features real-time battles and an amazing story, so does the 3DS version live up to the original?

The story in Tales of The Abyss focuses on the character Luke Fon Fabre a nobleman who was kidnapped at the age of seven and has serious trust and personality issues as a result, but after being kidnapped by Tear Grants he starts becoming a better person and ultimately ends up in a fight to save the world!

The gameplay has many different elements, first of all there are no random battles as you can see enemies roaming the fields and dungeons, but when the battles begin the screen switches to a battlefield where you can run around, jump, and attack enemies with normal attacks or arts, which is standard in most Tales of games, however the controls in this game feel a bit awkward, but nothing game-breaking. 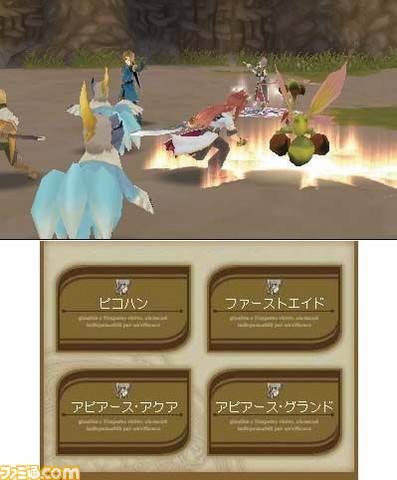 The dungeons often have obsticles and puzzles to solve, which requires the help of a cheagle "A half bunny half cat creature" named Meiu who at first can only breathe fire, but can eventually learn other skills to help you reach previously inaccessable areas.

The puzzles usually involve switches, levers, and buttons and sometimes require the party to slit-up into two or three groups to acheive this.
The game has a long story and a large cast of important characters and many sidequests and a perfect playthrough can take over 60 hours!

The graphics in Tales of The Abyss are good for a handheld RPG and the character models are unique with a great deal of individual detail and the emotion facial animation is very realistic as well! The world is very colorful and cheerful as it looks like it was taken straight out of a Japanese anime series, but that's part of the game's charm! 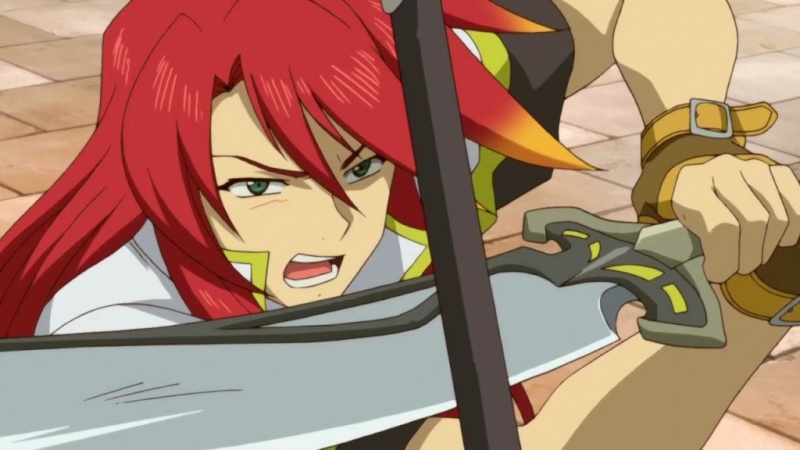 The 3D effects in Tales of The Abyss are sadly lacking and are best to turn off on the 3D slider on the 3DS.

The soundtrack in Tales of The Abyss is amazing as the music fits the game very well and is beautifully orchestrated in the game's story scenes, animated scenes, and a few of the major boss fights. Even when the music isn't programmed in sync with what's going on in the game it's still a great asset to the game! 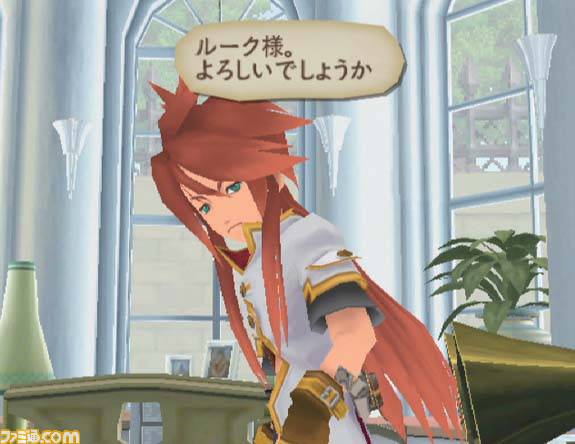 Tales of The Abyss has an amazing lengthy story and great gameplay as well as beautiful visuals "as long as you turn the 3D effects off" and one of the best soundtracks on any 3DS game! This is one highly recommended game for 3DS owners!

Re: Review: Tales of The Abyss (3DS Retail)
July 24th 2012, 2:03 pmKokorOtaku
I'll get this if I can DL it ff the eShop on Aug 19th, this would be awesome to have with me, I'm not picking up any physical titles until I know what retail titles will be available through eShop

Congrats on your first 3DS review !... even though it's a port from a game that I had a very frustrating story with...

I completely agree with everything this review says

Re: Review: Tales of The Abyss (3DS Retail)
July 28th 2012, 3:26 pmKomicturtle
I found the game to be a tad boring. And the audio in the cutscenes are extremely low and poor... Though, the boring part is just me.

Re: Review: Tales of The Abyss (3DS Retail)
July 28th 2012, 5:02 pmNINTENBRO
I was thinking about getting this, but then I decided to purchase Kid Icarus: Uprising instead. I believe I made the right decision.

Re: Review: Tales of The Abyss (3DS Retail)
July 29th 2012, 12:20 pmAqua Cherry Blossom
@Komicturtle This game shouldn't be boring unless you aren't fond of Japanese RPG's or real time battles.