Wario was sitting at home eating a plate of cakes when a small, strange creature called a Splunk appeared from nowhere and stole them from right under his nose ! Furious at the creature, Wario gave chase which led him all the way to the Temple of Form, where he discovers the ancient legendary treasure, the Form Baton ! Picking up the strange item out of curiosity, Wario accidentally triggered a trap which caused a menacing boulder to try and run over him ! Luckily, Wario was fast enough to get out of the ruins and the Form Baton is his now !

Story
What you've read above is only one of many stories in this game, since it includes levels that each have individual stories on their own based around the characters just like the previous Warioware games. While these stories are very simple and short, I think it works for a type of game like this, since this is just a minigame compilation and not something big or anything, and as far as these stories go, they are pretty good and they're appropriate for this type of game.

Gameplay
WarioWare: Smooth Moves (also known as Odoru Made in Wario in japan) is a party minigame compilation that mainly uses the Wii remote alone and the Wii remote and Nunchuck in certain options. The game is pretty similar to the Warioware games, in which they have levels that focus on microgames that are short games that last for about five seconds, lose on one microgame and you will lose one of four lives and if you lose them all, it's game over and you have to start from the top, after you've completed a certain amount of microgames, the game will get faster in which you need to finish the microgames faster, and once you've completed a lot of microgames you will advance to the boss stage, which is a microgame that's longer and a little more complex than the others, beat it and you will complete the level, and if you play the same level again, it will be the same, but this time there is no restriction and you can play the level with an infinite amount of microgames until you lose all of your lives. What makes this game unique is that you can play this with a Wii remote, Each microgame requires you to position the Wii Remote in a specific way, and each with an individual name such as "The Remote Control" where you hold the Wii Remote forward facing the screen, with your thumb placed on the A button, "The Handlebar" where the Wii Remote must be held horizontally from above with both hands while the buttons are facing up, and "The Elephant" where the Wii Remote is held in both hands up to your nose (o_O...). While this may sound a little difficult to do because of how fast this game can be, thankfully before each microgame begins, the required position for the Wii Remote is shown to you which allows you some time to position the device, so you don't have any problems regarding pacing issues. The game doesn't rely too much on microgames since each level represented by a Warioware character is loosely connected by its story, with the microgames divided among the levels and the game does have a variety of modes that you can play with these micorgames, but you have to unlock them first by playing and completing a certain level (more on that later on...).

The game also includes multiplayer that some are up to 5 players, two (Bungee Buddies, Star Nose) are up to 2 players and one (Survival) is up to 12 players ! some modes include the microgames like Survival in which you must survive as long as you can by not failing on a single microgame and Bomb where a random player starts and is handed the bomb and must play a microgame and winning it grants you the ability to choose who will have the bomb next and what pose they must use, but you have a time limit so you have to be quick, and if you fail in a microgame, you're out ! and what's more is that the game gets faster gradually ! and other multiplayer modes are just a minigame in their own, like Bungee Buddies where you must use the Nunchuk and each player has a respective controller at their hip, and you jerk it up to jump, and the objective of this game is to avoid pitfalls this way, such as ditches and man holes and reach to the main goal, however you must cooperate since if one fails like falling into a pit, the other one suffers by being slowed down ! but the downside of these multiplayer modes is that you have to beat the main game first in order to unlock the multiplayer...

The game is pretty fun ! it definitely showed what the Wii remote can do with these minigames back when it launched along with the Wii and it truly shows ! not to mention that the game is more fun with friends ! but one of the flaws that I've encountered is that the game is very restrictive when it comes to different modes, since you have to unlock them first and it's not ready for you right from the start, and another thing is that this game might not grab your attention for very long depending on whether you like these type of games or not, but as it is, the game was still good to play and it can be enjoyed by anyone for the first time !

Graphics
The game looks just like it's previous entries, the main game looks cartoony and bright but the animation can be a little simple and the microgames can change its style of graphics, animation, etc. depending on certain moments like a style of a painting or a 3D style which consists of polygons with or without color, with the exception of almost all of the 3D colorless polygons in which they look outdated and kind of ugly, the game does look good and each of the styles are appropriate !... sometimes...

Music and Sound
The soundtrack in this game is pretty good, it might be even memorable to some people ! the soundtrack fits with the "warioware" theme but it consists of a variety of styles like wario-style songs, a song from the radio, a haunted mansion, a baseball themed piano organ, etc. depending on which level you are, and even some microgames have a song in them as well ! the songs are also well paced when the game gets faster and it doesn't ruin the experience when it comes to continuity of the songs in the game.

The sounds are good in a certain way, they are wacky and cartoony, but they actually fit with the whole setting of this game and they don't feel out of place. As for voice acting, there isn't any, there are just grumbles and a few voice clips in them, but they sound really good though ! sadly, it looks like this game is english only, so for those who speak other languages might find this disappointing for the lack of variety when it comes to language support.

Presentation
This might not be surprising for the whole warioware games, but the setting of this game can be weird at times, specially the microgames ! sure, the game takes place on a fictional world, but the microgames can have a weird setting thanks to it's graphic style and premise behind it, it isn't disturbing or anything like that, but that doesn't mean that it will spot you from raising your eyebrow once even a few times ! And speaking about it's setting, the game does set a good tone behind a level, whether it's in Wario's escape from the temple, the taxi cab of Dribble and Spitz, the disco setting of Jimmy T. and Jimmy P. and more, and while the setting does feel a little small, then again what were you expecting from a party minigame compilation ? as for the characters, they all act the same and they don't act out of character, which is a good thing mind you, and there's also the new inclusion of Young Cricket and Master Mantis in which, while they might look like serious characters, they do fit in the warioware setting.

As for the replayability, again, there is a lot of things to unlock ! such as modes like the elephant buildings, where they have almost all of the microgames with a change of a rule (like random microgames, only one life, very fast and no form cards), unlockable separate minigames such as Balloon Trip, Pyoro S, Block Star, etc. in which these minigames are based on high scores ! and as I've said before, you can unlock multiplayer modes by completing a certain level or minigame, and finally there other options you can unlock like the Movie Theatre mode (where you can watch the cutscenes from the main game), the Sound Studio (where you can hear and even conduct the music of the game and also the sounds... in which are presented very strangely and it's very messy) and the Temple of Form (where you can play any of the microgames you have played in the main game), However unlocking all of this might take you for a single day so it's not that long to unlock everything, so that means that you won't do a whole lot with this game with the exception of getting a high score in the levels or the optional minigames.

Overall
I did have fun with this game, but I can see this game might not grab people’s attention for too long for those who don't like these type of games and even for those who do like these type of games, and it also doesn't take too long to unlock everything in this game, but if you do have friends and/or really like these types of games, then go ahead and get it, if you're skeptical about it due to how it might not hold your attention for long and among other things, then rent it if you can, if you're not that big on these games or you just don't like casual games at all, then skip it, as for me, I don't have any regrets for getting this game due to how good it is quality wise so this gets... 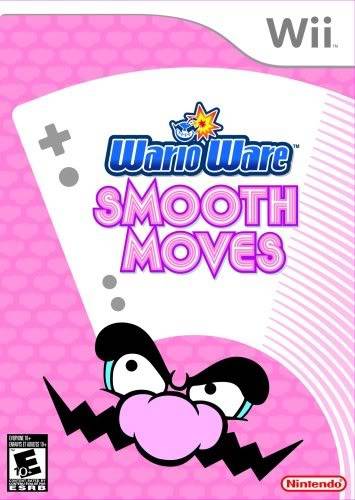 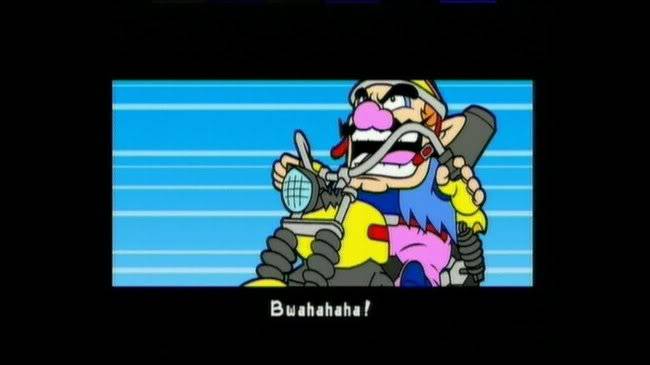 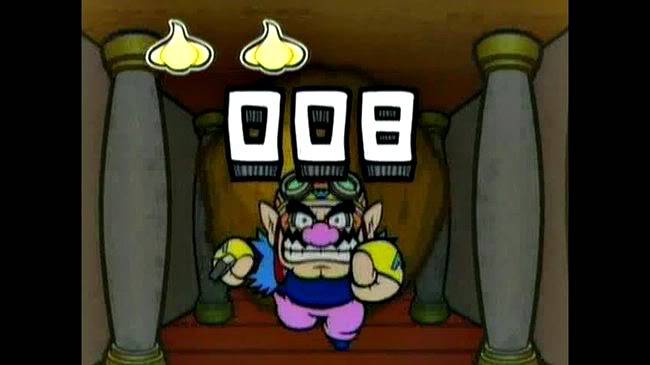 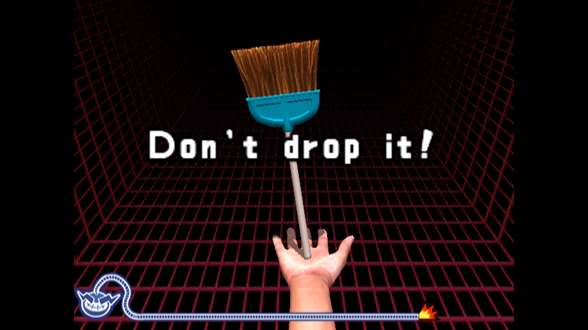 No, since this game focuses on microgames that uses capabilities of the Wii remote (not just the pointer) and it doesn't have any option to create a microgame.
Re: Review: WarioWare: Smooth Moves (Wii Retail)
Sponsored content
Permissions in this forum:
You cannot reply to topics in this forum