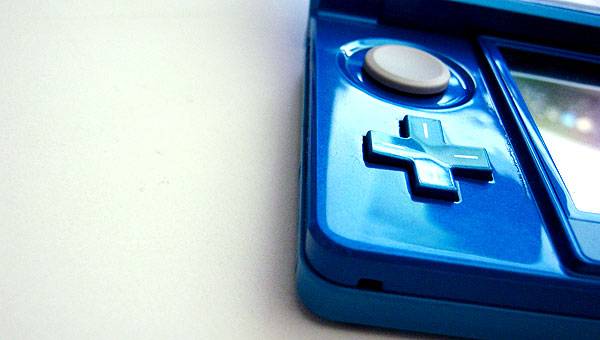 The nascent "eShop" platform that lets users download games and apps to their 3DS was pretty successful in 2011.

According to analyst group Fade LLC, which tracks the digital content market, Nintendo sold $11 million in downloads from the eShop, despite the 3DS itself having a relatively rough year.

When it comes to digital downloads in the video game industry, Nintendo is rarely at the front of the conversation. The company is widely regarded as the most backward player in the console wars when it comes to online connectivity.

However, Nintendo is starting to finally break into the market in a big way. The 3DS was built from the beginning to support players downloading add-on game content as well as complete games and non-gaming apps.

The Wii has a downloadable platform as well, but it's something that has been expanded over the years despite deep built-in restrictions. When the Wii launched, the Virtual Console platform was supposed to only be for downloading vintage Nintendo titles. It has grown into something that allows for apps, like Netflix, as well as add-on content for disc-based games and original games developed specifically for Wii downloads.

The problem is the Wii infrastructure wasn't built for that kind of expansion, so this additional functionality is being slapped on like a bumper sticker instead of something that was built into the vehicle in the first place.

The 3DS was much more forward-thinking, and it appears to be paying off. Among the most successful 3DS downloads is the re-released version of The Legend of Zelda: Link's Awakening DX, which was originally released on Nintendo's Game Boy Color and has never been re-released until now. That game alone brought in $2.3 million, according to Fade.

Re: Nintendo 3DS downloads brought in $11 million
on February 16th 2012, 12:28 amMarth
I can't really compare it to WiiWare due to the lack of solid sales statistics, but this looks good on paper. What doesn't though, is that most of those best-sellers are first party Nintendo games. The best selling third party game and the first "real" eShop game (meaning it optimal time to sell)clocked in at $356,000 while a game from 1998 made $2.3 million. I'm not picking a bone with the Zelda series, but pointing out the lack of third party support means the lack of revenue for other companies. Here`s hoping more solid third party efforts will arrive since Nintendo is proving downloadable games can sell.

Re: Nintendo 3DS downloads brought in $11 million
on February 16th 2012, 2:22 pmAkatsuki
Third parties are doing a little better in the Japanese e-shop, but not by much.

Re: Nintendo 3DS downloads brought in $11 million
Sponsored content
Permissions in this forum:
You cannot reply to topics in this forum