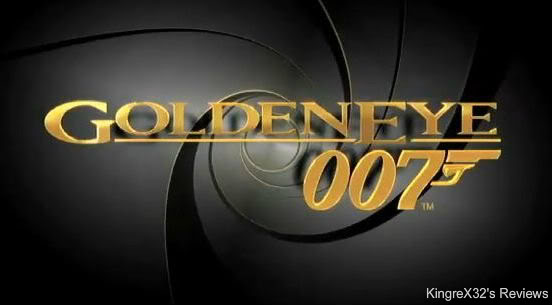 Goldeneye 007 is the Wii remake of the critically acclaimed N64 title of the same name, it was developed by Eurocom and published by Activision. It was released on November 2nd 2010.

Taking place after Quantum of Solace (the game) Goldeneye 007 follows the famous British spy (007) as he and his partner (006) investigate a Russian terrorist cell that has been targeting British embassies around the world. 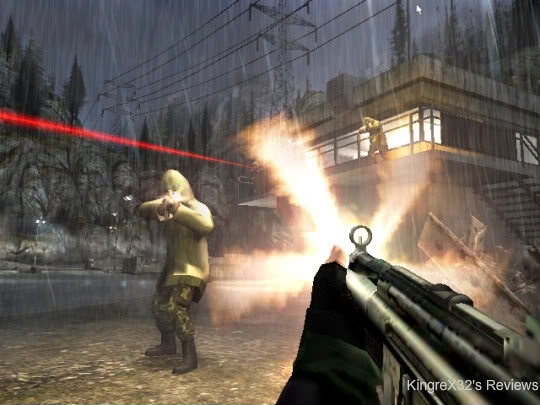 After the initial nostalgia wearsoff it will quickly become appearant that Goldeneye 007 is a typical FPS, the game features small updates from the N64 version so that it’s relevant to the modern day bond, like featuring Daniel Craig’s likeness instead of Pierce Brosnan’s, replacing the watch from the original game with a cell phone to communicate with MI6, take pictures and interact with Wi-fi hotspots, but it is in no way groundbreaking or different from anyother FPS on the market already. The game features destructible environments, an arsenal of over twenty different weapons (some can be switched from full-auto to burst fire), the ability to choose to go into a level using the stealth approach or as a trigger happy maniac. Lastly the game is very story driven unlike Quantum of Solace were you were just shooting people for the hell of it. In this game you don’t HAVE to kill everyone 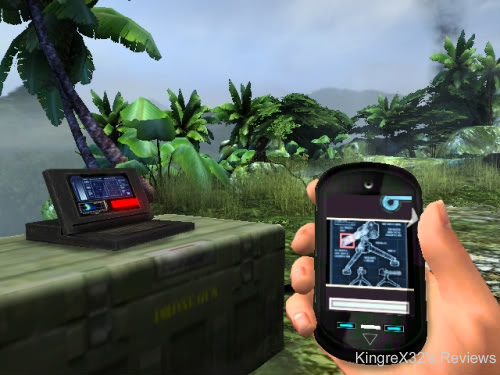 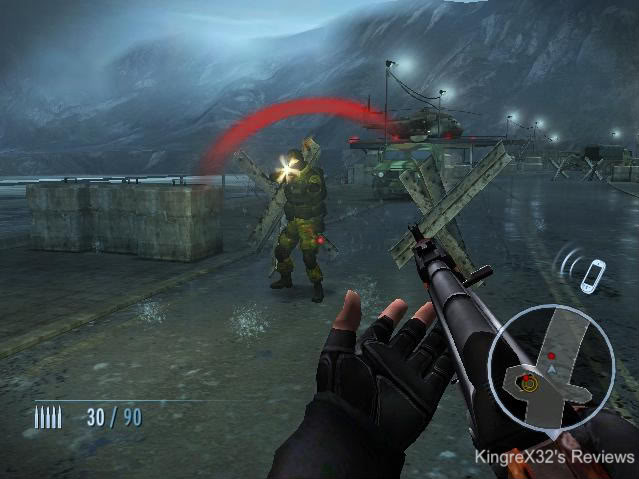 Although the campaign was nothing special lets get to the real reason everyone bought this game, the multiplayer. Goldeneye supports both online and offline local multiplayer, many modes from the N64 game return like golden gun (the golden gun is a one shot one kill weapon) and license to kill (every gun is one shot one kill), special modes like Paintball mode (guns shoot paintballs instead of bullets) and melee only (no guns just your hands). Standard FPS modes are also included like Conflict and team conflict (team deathmatch) and goldeneye (capture the flag) online supports up to 8 players but unfortunately no voice chat. 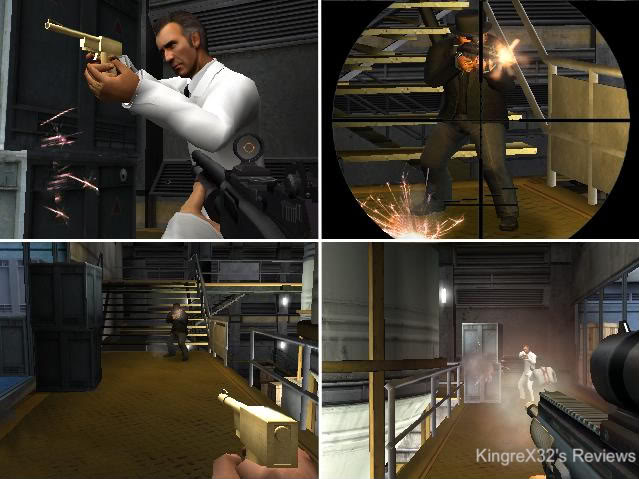 Graphically Goldeneye 007 is a good looking game, the textures are smooth and unlike some other FPS games on Wii the characters don’t look very blocky or jagety, despite this I feel the graphics could have been abit better. In the gameplay department goldeneye is an FPS so you know what to expect, even though I still found the game very fun to play and a million times more so with friends. Control wise the game supports the Wiimote and Nun-Chuck, Classic Controller pro, and is the first FPS on Wii to support the GameCube Controller both online and off. 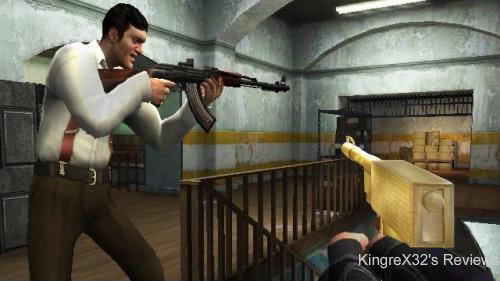 Few issues I had with the game was the lack of voice chat online (Eurocom you had two mics to choose from, seriously)  and the simplistic AI, even though they were dumb too the AI in Conduit 2 was much better. Apart from this the pros outweigh the cons, I thought the music was outstanding, the voice acting great, despite not being that good the campaign was a descent length and the online multiplayer just awesome. 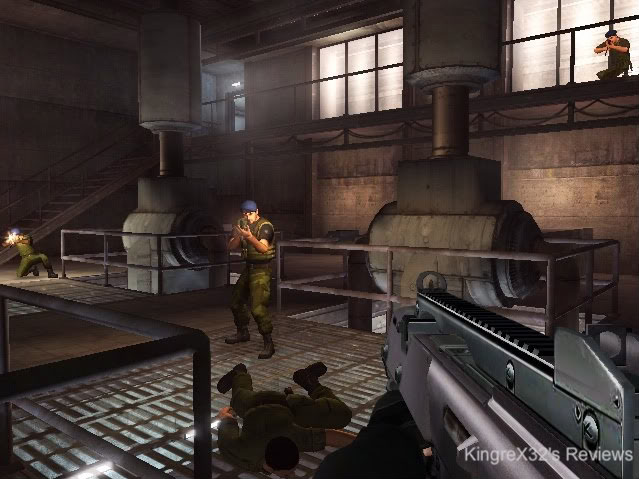 For those of you who played the original game I don’t have to tell you to go out and buy this game, for those who haven’t go out and buy this game, don’t rent it first just buy it you will not be disappointed. Goldeneye 007 is one of the Wiis best First person shooters right up there with The Conduit, Metroid Prime Corruptions and Redsteel 2, and that why it gets a 9.8 out of 10. 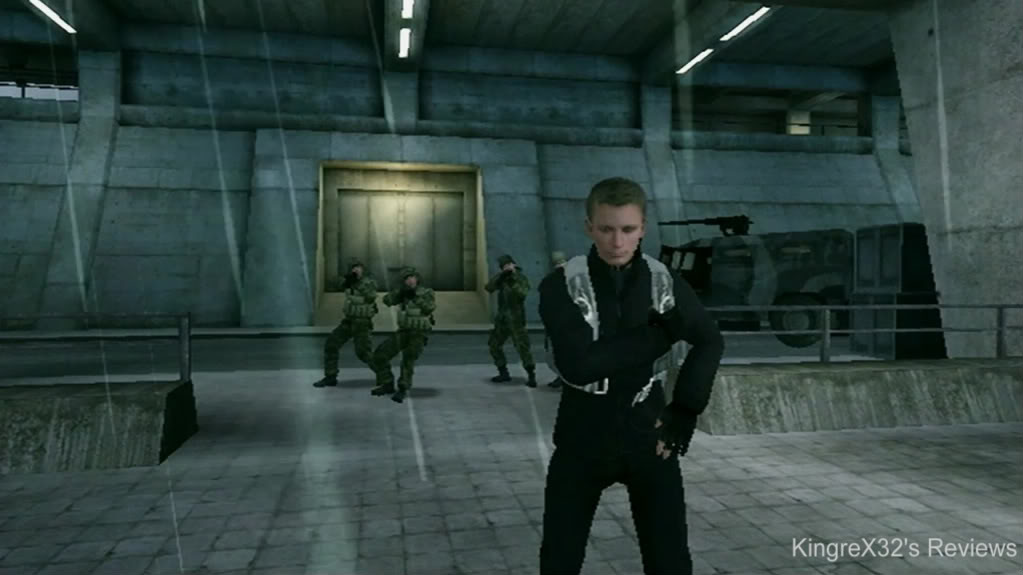 Why you guys play it alot?

Re: Review: Goldeneye 007 (Wii Retail) (NA Region)
on December 15th 2011, 3:03 pmNINTENBRO
I don't happen to own it my friend. [NL] Nation was originally created for the sole purpose of GoldenEye 007's online multiplayer. If you weren't aware, [NL] Nation is the clan and [NL] is the tag/badge they proudly display. There are still a few members who play almost everyday, and RoryLee still does occasionally as well. 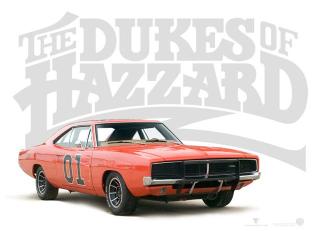 Re: Review: Goldeneye 007 (Wii Retail) (NA Region)
on December 15th 2011, 4:50 pmRoryLee
Great review, Kingrex! This game is a definite buy, and I'm sure you could find a copy for around 10 dollars. GE has one if the best controls, smooth gameplay, and some great weapons.

Even though it does not have any voice chat, most of us at NL Nation use Skype to talk, or just a chat room for texting. If you ever want to play some online, just give me a shout.

Re: Review: Goldeneye 007 (Wii Retail) (NA Region)
on December 16th 2011, 1:38 amJnes5
Personally, I didn't liked this game, the whole concept of FPS mixed with stealth just didn't worked for me due to some reasons... but the multiplayer was amazing !

Rukiafan wrote:He has to have a game to review it.

Re: Review: Goldeneye 007 (Wii Retail) (NA Region)
on December 18th 2011, 2:12 pmRoryLee
It depends on how bad youre kicking their *bad word*. It actually does not happen to often, because most of the time it will let me host. I think it's gotten better since it's been out. Before the host quits got pretty bad, but now it's not that big of a deal.

Re: Review: Goldeneye 007 (Wii Retail) (NA Region)
on December 21st 2011, 7:17 pmNINTENBRO
I just happened to receive this in the mail today from a certain somebody. The story mode sounds really awesome, and I think I'll have to give it a try very soon.

By the way Rory, the online multiplayer maps are way more elaborate than the Modern Warfare 3 maps. It's going to take me awhile to remember them all like the back of my hand. My controller and camera settings are going to need quite a bit of tweeking my friend. My cursor was all over the place, and I could barely target anybody. Ha! At one point, I was actually firing bullets into the ground at someone's feet. I couldn't believe when I actually acquired a Hero kill. I prefer more tighter/stable controller settings in FPS games. It may take me a good while, before I've configured them to accommodate my specifications. I've been playing Modern Warfare 3 for over 50 hours now, and my controller settings still aren't exactly how I need them to be yet.

Re: Review: Goldeneye 007 (Wii Retail) (NA Region)
on December 2nd 2012, 12:55 pmMarioman18
This game was good to play online, but hackers have recently ruined the online experience