Need for Speed Nitro is the 14th game in the Need for Speed Series. It was developed by EA Montreal and published by EA. It was released on November 3rd 2009. 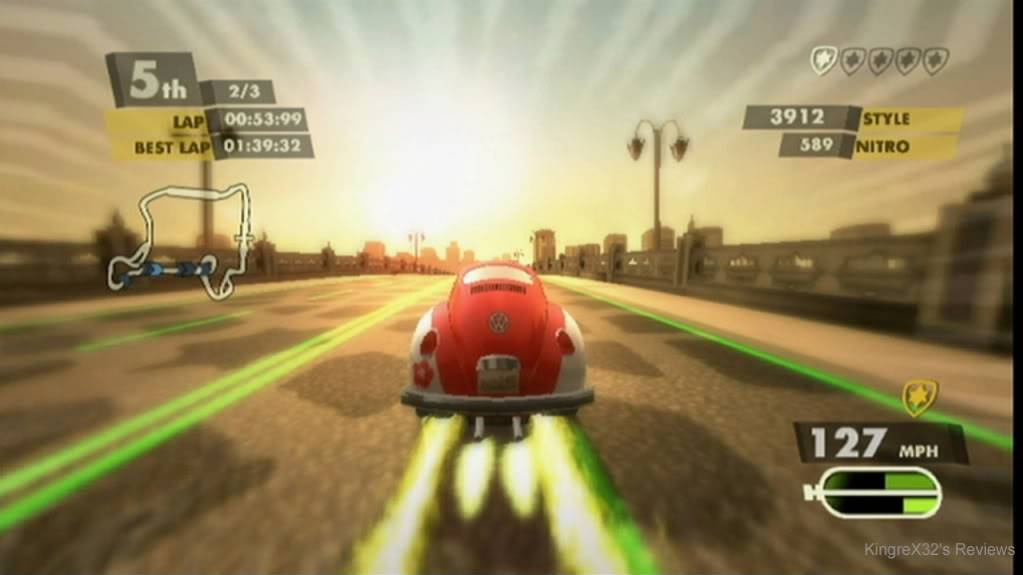 Nitro is a Wii and DS exclusive, designed specifically for the casual gamer rather than the hardcore. While this sounds bad for fans the game retains few things the series is known for, many cool cars to race and upgrade, a cool soundtrack, and the damage mechanic from prostreet returns. 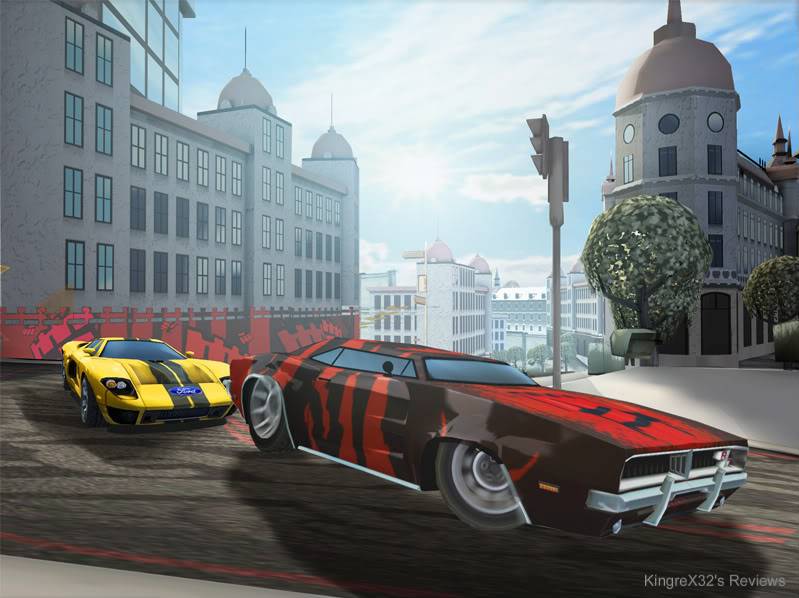 Nitro also adds a few new things to the series like the "Own it" feature. When in first place the environment transforms to match the tags and graffiti on your car, you can choose to use the pre-loaded tags or you can make your own custom ones. Nitro is also the first game in the series to feature "power-ups" during races (like mario kart), power-ups include a Wrench and a police badge, the wrench when collected will repair any damage done to your car (Like prostreet damaged cars diminish in Performance the top speed lowers and so does the nitro (Nos) repairing damage is essential if you wanna win). 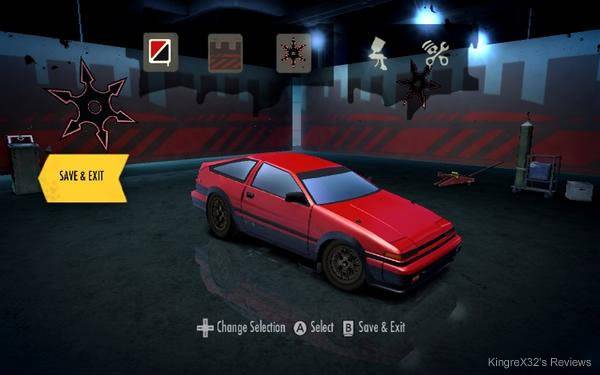 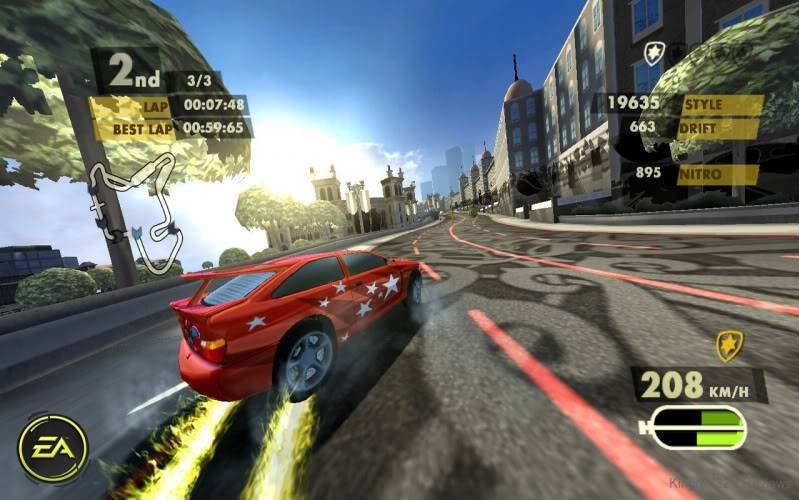 The police Badge when collected will shift your heat to the person in front of you (cops in this game are ruthless, they will ram you into walls or Use the P.I.T. manuver to stop you getting away from then is important). Another new feature is the Style Points, players can gain massive amounts for points by Drifting, Drafting, being in first place, or by going really fast. Points dont earn you anything though only in some races were you have to gain a certain amount to move on to the next stage. Lastly while the cars in the game are real licensed vehicles they are actually disperportionate versions of thier real-life counterparts so they look really cartoony. 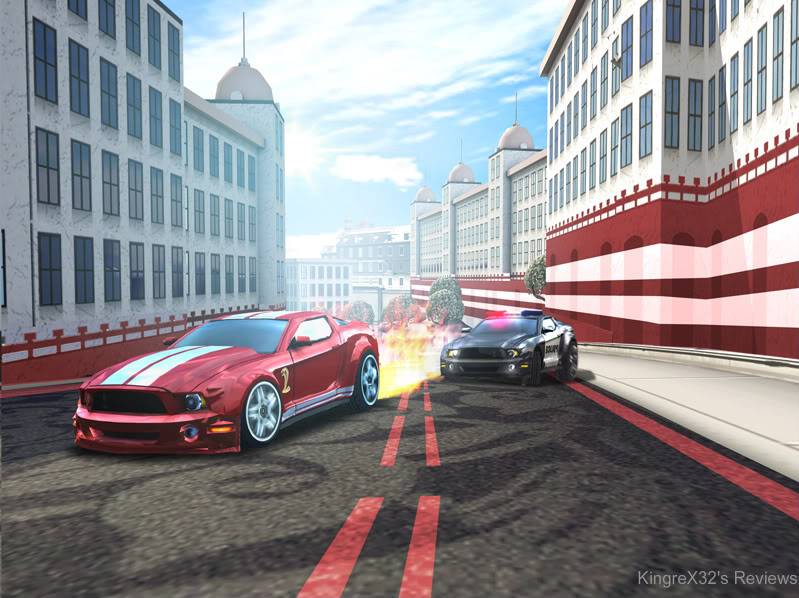 The Graphics in the game were good. As i said earlier this game is supposed to cater to the casual audience so the visuals are very bright and colorful. i wasnt a fan of the design direction taken with the cars though they looked very juvenile to me. The Gameplay was fast and Arcadey, it has a great sense of speed. Also theres no storyline only racing. Nitro is also very accessible featuring support for The Classic Controller Pro, The gamecube Controller, The Wiiwheel, The Wiimote and nunchuck, and the Wiimote by itself. 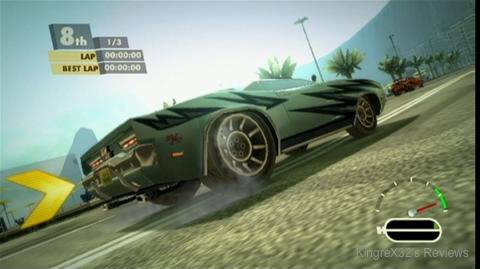 Need for Speed Nitro isn't Need for Speed Carbon, or Hot Pursuit or Most Wanted, theres no free roam mode, no Performance customisation (yes you read that right if you want to car to go faster forget it buy a faster one) The carrer mode isnt as deep, and while yes i know it was ment for the casual audience the visuals very juvenile. The Kids will love it though. Lastly once again this is like the fifth Need for Speed game on the Wii and still there is no online. 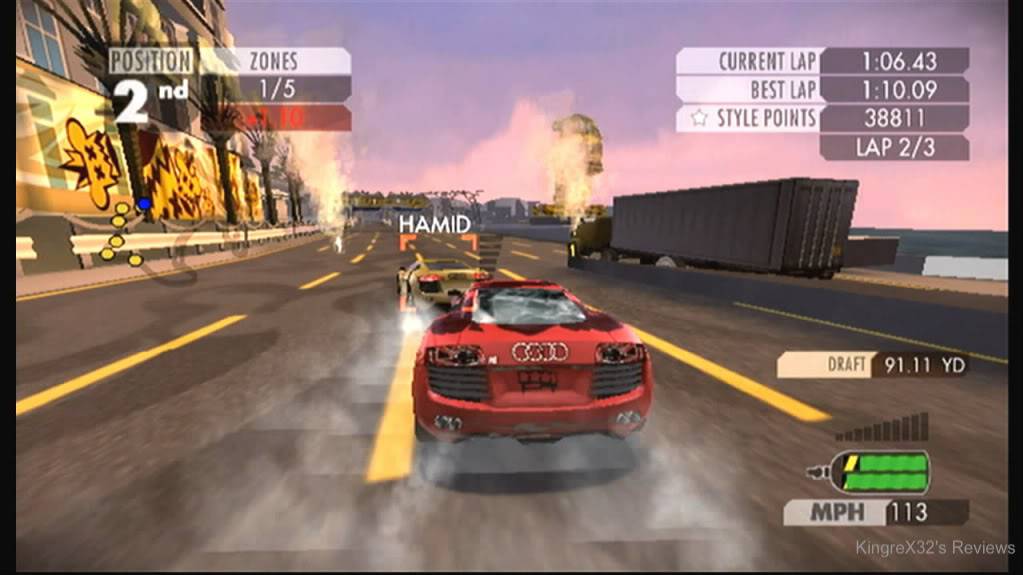 In the end the game sets out to do what it intended to do, it gives casual gamers an easily assicceble game game thats fun (for a hour or so) with lots of speed and decent music. but leaves fans of the series in the dark (even worse if your a fan who only owns a Wii). 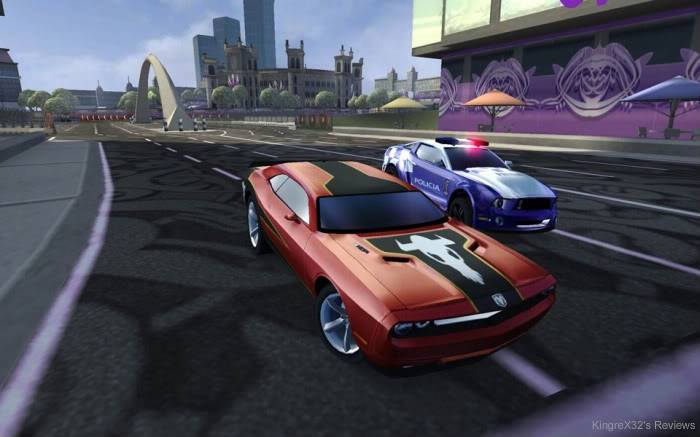 Re: Review: Need For Speed Nitro (Wii Retail)
December 2nd 2011, 8:33 pmJnes5
I can see how this game was very disappointing to the hardcore NFS fans, the game looks ok, but that's just me though...

And good review KingreX32, but did you just posted this review recently ?

Re: Review: Need For Speed Nitro (Wii Retail)
December 2nd 2011, 8:38 pmKingreX32
Yeah on thursday i think. Rukiafan hasnt updated the recent reviews widget yet. Ive been trying to figure out how but I havent been making any headway.

KingreX32 wrote:Yeah on thursday i think. Rukiafan hasnt updated the recent reviews widget yet. Ive been trying to figure out how but I havent been making any headway.

Then let me do it then !

But tell me, was this review before or after the Epic Mickey review ?

Re: Review: Need For Speed Nitro (Wii Retail)
April 18th 2012, 3:20 pmBiorn the Viking
I loved playing Need for Speed: Nitro despite EA aiming the product at a younger/casual audience with over-the-top and exaggerated vehicles, cartoony visuals and the simple arcade feel. The only disappointments I could think of is no actual story, no online support, and "hard" difficult is useless. Designing vehicles is super entertaining, but what's the point if you cannot share them with players around the world?

I didn't have any problem with the controls though. I tried Wii remote, nunchuk, classic controller and Gamecube controller. They all worked fine. The whole power-up theme worked pretty well too. Although I was disappointed at how useless the cops were despite the badge power-up transferring full heat to the car in front.

Re: Review: Need For Speed Nitro (Wii Retail)
April 19th 2012, 4:49 amBiorn the Viking
lol there must've been something you enjoyed.

Re: Review: Need For Speed Nitro (Wii Retail)
April 19th 2012, 7:00 amgamerace
Actually, I'm a casual player, and even I didn't like this game. Didn't mind the graphics but I just didn't find it fun. I tried it a few times and found it quite boring really. Maybe it's better in multiplayer.

I'd play Mario Kart or Burnout (GC) or even Pixar Cars 2 over this any day.

Re: Review: Need For Speed Nitro (Wii Retail)
April 20th 2012, 2:54 amBiorn the Viking
Well yeah. I'd play Burnout over any racing game any day too, lol. Also, welcome to the site!
Similar topics
Similar topics
Permissions in this forum:
You cannot reply to topics in this forum