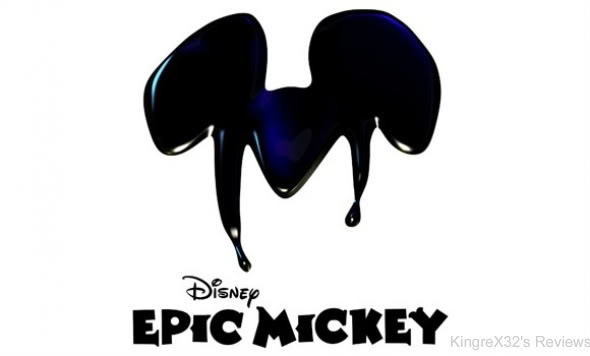 Back at E3 2009 Epic Mickey Wowed audiences with its dark and mature portrayal of Disney’s iconic character Mickey Mouse. The game was praised by journalists and gamers alike and was nominated for many awards. Despite the good things I heard about the game I wasn’t really interested in it. I’m not sure why but one day while browsing in EBgames I decided to pick it up (cause I couldn't find anything good)

Disney’s Epic Mickey was developed by Junction Point Studious, and published by Disney interactive Studious. It was released on November 30th 2010. 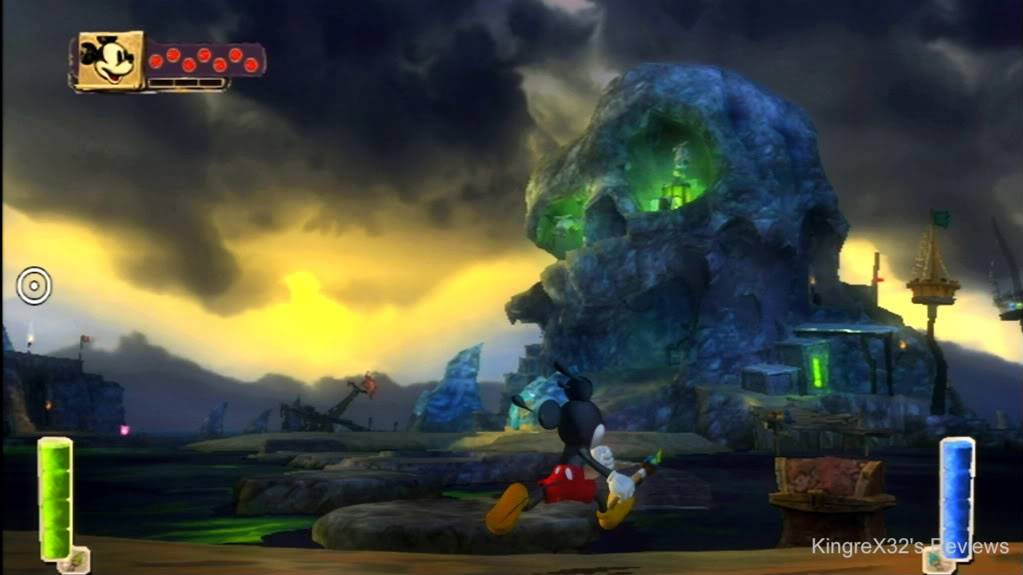 Epic Mickey follows Mickey Mouse, after a night of messing around in the workshop of the sorcerer Yen Sid Mickey accidentally creates The Shadow Blot, panicking he throws a bunch of paint thinner to get rid of it. Unbeknownst to him the Shadow blot survived the encounter and years after decides to abduct Mickey to a dark twisted version of Disneyland called Wasteland, a place were forgotten Disney characters reside. Now with your magic paintbrush and bottle of thinner you have to help Mickey escape. 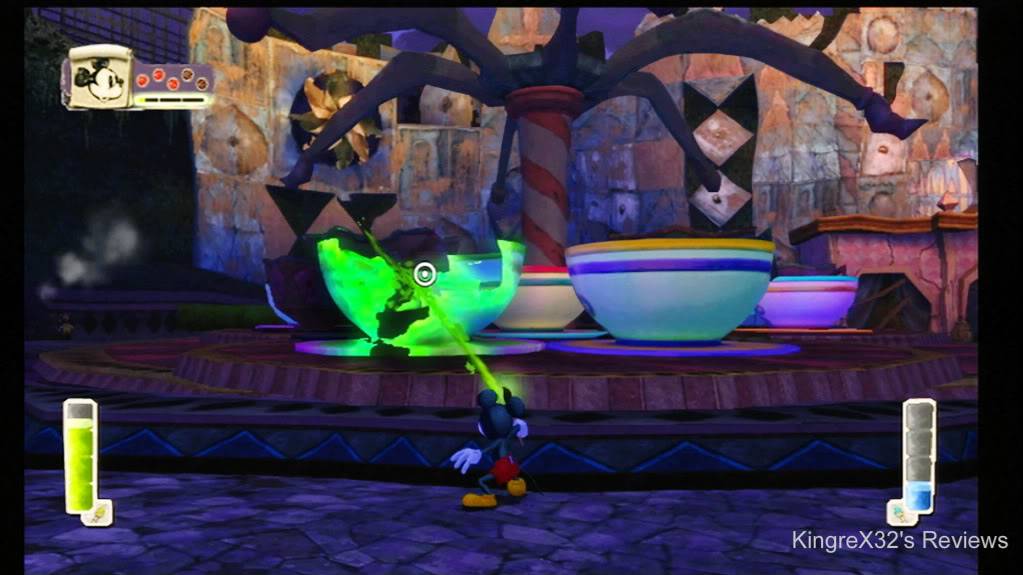 Don’t not let the fact that Mickey mouse is on the boxart fool you, this game is not easy. Epic Mickey features a unique gameplay mechanic in the form of paint and thinner. During the course of the game you have the option of using either your paint or thinner to complete objectives, how you use these objects dictate how the game will play and change towards your choices. An example of this is the type of Guardian available to you; Tints are the blue guardians you get these by using Paint to revitalize the environment or to revitalize and be-friend enemies. Like Paint Tints when used against an enemy will turn them into Mickey’s allies. Turps are the green guardians, these are obtained by using thinner, like thinner Turps when used against enemies will permanently erase them. Like most games though guardians can not be used until your guardian meter fills. 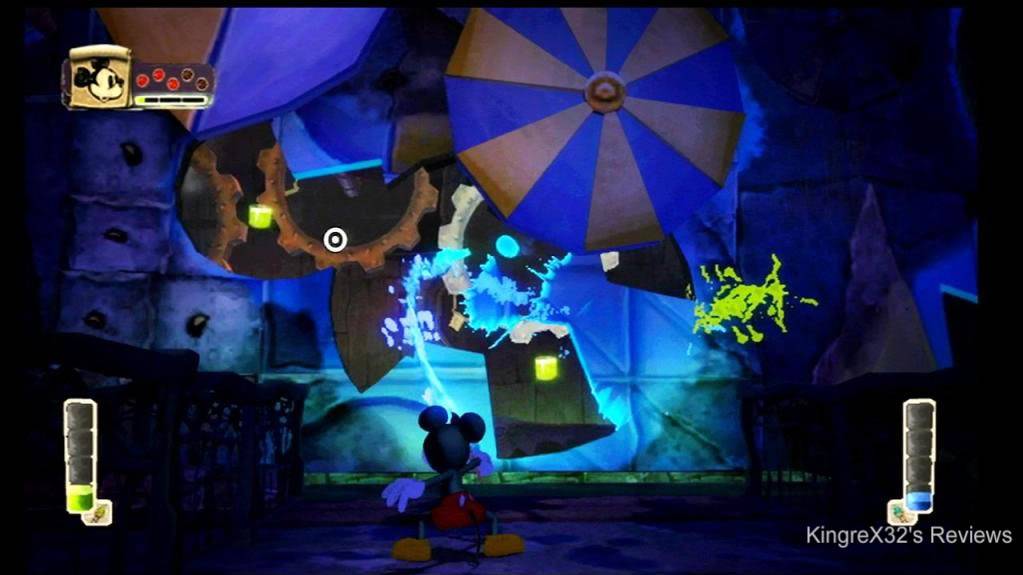 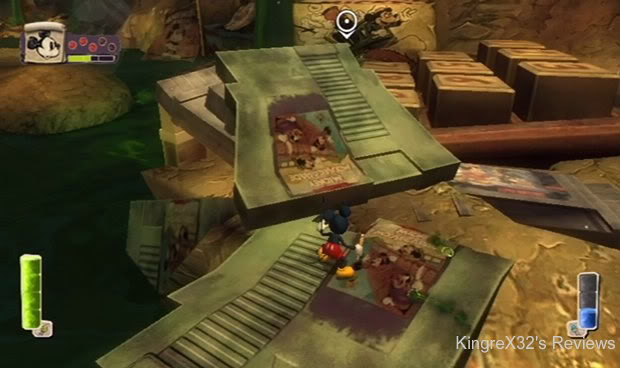 Your choices not only affect which guardians you get but also the quests available to you. Depending on how you play some quests may or may not become available to you. Apart from paint and thinner your other choices will have an effect on the game. Forgotten Disney characters are not the only residents of Wasteland gremlins are another inhabitant. Throughout the game various different gremlins will either give you quests to complete or act as a guide through different parts of the game. Unfortunately many gremlins have been captured by the mad doctor and it’s up to you to free them. Remember Gremlins help you through the game so freeing them is only beneficial to you………..sometimes. 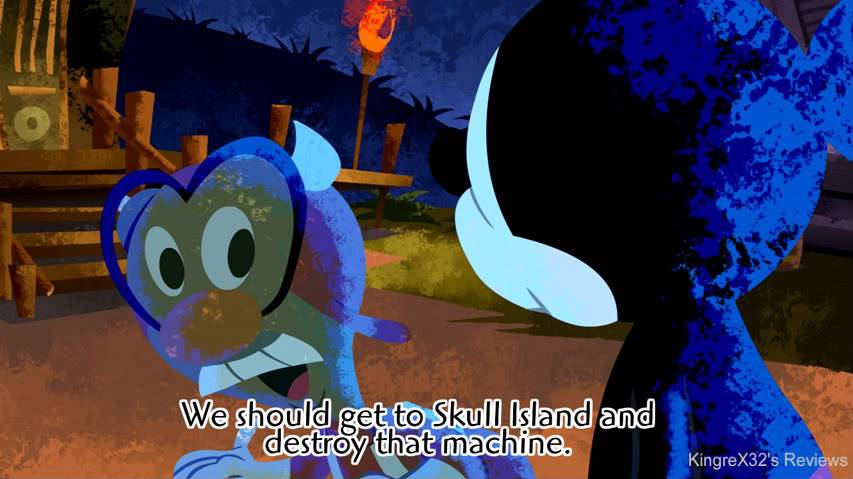 Graphics wise Epic Mickey looks great, they are a little on the cartoonish side but it fits overall with the tone of the game. Gameplay wise Epic Mickey is An Open-ended RPG, platformer, yes you will be jumping from place to place, and yes usually you are surrounded by pools or lakes of Paint thinner. While the platforming elements were a bit of a pain, the game played very well. Control wise the game uses the Wiimote and Nun-chuck (that’s right no classic controller or GameCube controller support) predominantly the Wiimotes pointer function. The controls take a bit of getting used to but like everything else practice makes perfect. Overall though they were ok. 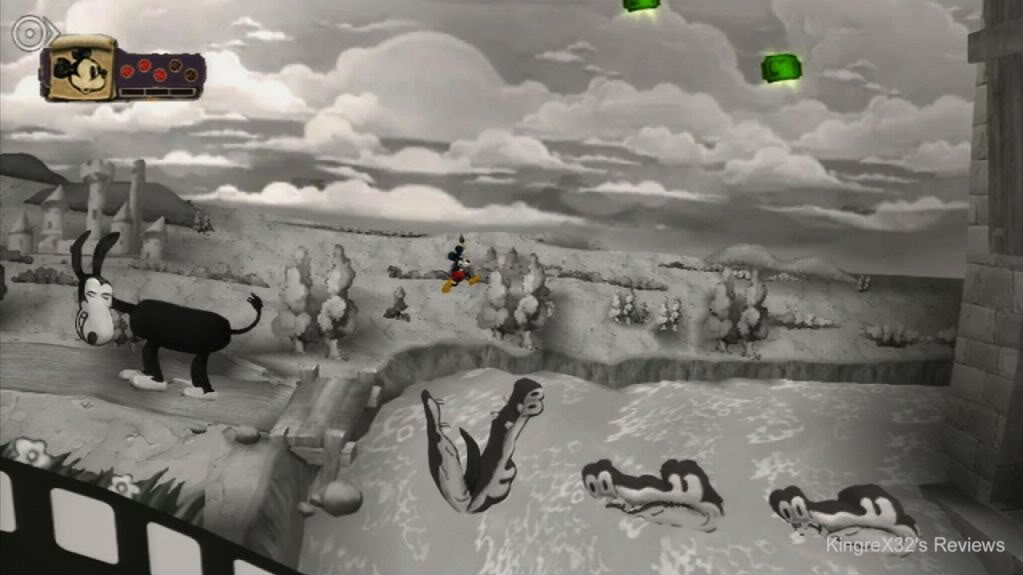 Points of criticism with the game are that at some points you have no control over the camera which in a 3D platforming title is very problematic, and like most games it is alittle slow at the start with all the cutscenes and tutorials. Apart from this Epic Mickey is a really fun game to play I loved the level design and the music and I found the paint and thinner gameplay to be truly exceptional, reminiscent of Silent Hill Shattered Memories.

If your looking for a fun game that’s also challenging, with a decent length (over 15 hours) then look no futher than Epic Mickey. Epic mickey gets an 8.5 out of 10. 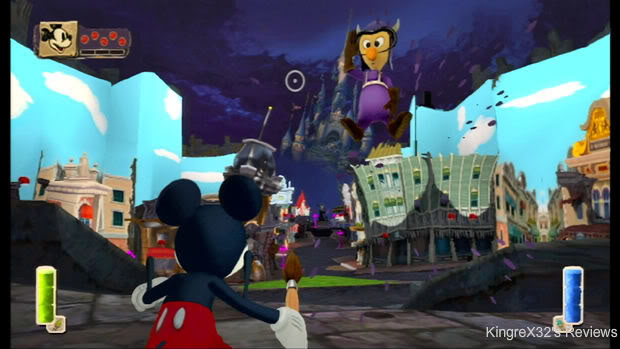 This review can also be readhere

Re: Review: Epic Mickey (Wii Retail)
on November 30th 2011, 1:18 amJnes5
Ugh... I've never liked this game at all, I had a lot of problems with this game which include mostly gameplay issues...

But hey, If you liked the game, then more power to you, and good review once again KingreX32 !

Re: Review: Epic Mickey (Wii Retail)
on November 30th 2011, 3:42 pmMouser
I never thought this game looked that good but this review has me interested

Re: Review: Epic Mickey (Wii Retail)
on January 30th 2012, 2:22 amMarth
Thanks for reviewing this one. I was never interested in Mickey Mouse, but this game looks like it has a lot to love, even if the camera is abysmal. I've played through Sonic games, so I'm sure I can survive it.

Re: Review: Epic Mickey (Wii Retail)
on August 8th 2013, 10:13 pmShounenMania
Message reputation : 100% (1 vote)
KingreX you should set your photo channel at Photobucket to private so your pictures can only be viewed here. That will save you a lot of your bandwidth each month.